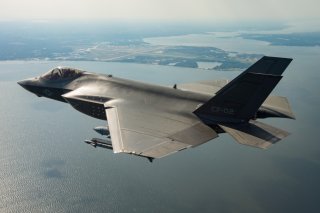 As the United States embargoes Turkey from further participation in the F-35 Joint Strike Fighter Program, and Congress seeks to impose so-called “secondary sanctions” on Ankara for its acquisition of a Russian strategic surface to air missile (SAM) system, the alliance seems to be standing on a precipice. Even those of us who have spent the better part of our careers advocating for strong bilateral relations question how to walk the alliance back from the brink. According to New York Times editorialist C.L. Sulzberger, “The arms embargo is regarded, to use the words of Foreign Minister Caglayangil, as ‘a hostile move’ by one ally against another. ...Turks bluntly regard the boycott as United States blackmail designed to weaken them.”

And yet, the United States and Turkey have considerable experience walking back from the brink when all hope seems lost. That editorial quote, which perfectly echoes many of today’s challenges, was published in 1975 at the height of a different arms embargo on Turkey, imposed by Congress over Turkey’s military intervention in Cyprus. Then, as now, Western policymakers worried that Turkey would break decisively with NATO to pursue alternative partnerships. But while the Cold War has been over for more than three decades, and provocative military deals like the S-400 suggest a cozy Turkey-Russia alliance, Ankara still finds itself squaring off against Moscow regionally in a string of ongoing conflicts from Syria, to Libya, to the present outbreak of violence between Azerbaijan and Armenia. There may still be time to walk U.S.-Turkish relations back from the brink, and as participants in an ongoing U.S.-Turkey-NATO dialogue project, facilitated by Carnegie Europe and Turkey’s Center for Economics and Foreign Policy Studies (EDAM), we believe resolve on both sides must be summoned to do so.

To understand the near intractability of the S-400 problem for NATO alliance relations, a technical aside is necessary. From a military standpoint, Ankara’s S-400 procurement comes with significant technical problems for operating NATO-friendly military assets such as the F-35 Joint Strike Fighter within Turkish airspace. Turkey does not, and will not in the foreseeable future, have any technical involvement in the primary maintenance of the Russian system, as there has been no technology transfer concerning the S-400’s algorithms or design. This bitter reality can be succinctly expressed; in the absence of a comprehensive technology transfer or co-production package, Turkish defense planners will never fully know what the Russian strategic SAM system is doing in Turkey, including whether it has any cyber or electronic backdoors clandestinely transferring data on NATO military assets to Moscow. In specific terms, this means one cannot rule out the risk of the S-400 studying and reporting back to Moscow regarding the F-35’s stealth features, which would endanger the U.S.-allied global fleet from Western Europe to Eastern Asia. Feeding into this worry, in November 2019, Turkey tested the S-400’s sensors (probably its identification friend-or-foe (IFF) system or radar blind-sectors) on the US-manufactured F-16 and F-4 fighters which form the backbone of the Turkish Air Force’s doctrinal order of battle. This was a bold move, souring the mood within the American strategic community. While Ankara has many times called for the establishment of a joint commission to ensure the security of F-35 data, it is ironically only Putin’s Russia that could offer such guarantees.

It should come as no surprise to Turkey that NATO would be reluctant to deploy F-35s or conduct joint exercises in Turkish airspace once the S400 is deployed, lest marquee NATO assets be routinely interrogated by the S-400. Thus, the S-400 saga has cost Ankara an invaluable asset, the F-35. Beyond its stealth capabilities, the Joint Strike Fighter looms large as an information superiority asset and a battle management hub. But perhaps more importantly, US-Turkish failure to negotiate a solution to the S-400/F-35 debacle hastens the likelihood of a decisive rupture with NATO. Infinitely life-extending aging F-16s and F-4E fighters may be less appealing to Turkey than buying brand new Russian Su-35s. Additional Russian defense purchases become even more probable if the U.S. and Turkey fail to take corrective action before Congress enacts mandatory secondary sanctions against Turkey for buying the S400 under the Russia-targeted CAATSA (Countering America’s Adversaries Through Sanctions Act). CAATSA could cut Turkey off from the Western military-industrial ecosystem, much as the comprehensive arms embargo of the 1970s did, giving Ankara little choice but to shop for defense purchases elsewhere.

Despite the dire picture painted above, our Spring dialogue report concluded, “Given the interwoven strategic, economic, diplomatic and health challenges before [the U.S., Turkey, and NATO], there is no alternative to finding a shared way forward.” Ankara, so far, has not declared the S-400 operational, reportedly due to the Coronavirus pandemic. The system is currently mothballed at Akinci Airbase. U.S. expert Aaron Stein has suggested an agreement verifying ongoing non-deployment of the S-400 could provide a pathway through the crisis. It is unclear whether the suggested use of unclassified commercial satellite imagery and site visits would be acceptable to Turkey (for sovereignty reasons), or the United States (whose recent record on arms control agreements is nothing short of appalling). What is clear, however, is that both the pandemic and the U.S. election are likely to hinder meaningful bilateral progress.

While penning this piece, the U.S. contributor found herself humming “Let’s Call the Whole Thing Off.” The classic Gershwin melody concludes, “…we know we need each other so we better call the calling off off…” Should it maintain its election lead and win the White House, Joe Biden’s team should be prepared to take quick action to revive a seriously ailing NATO, starting with a negotiated solution to the current U.S.-Turkish crisis. We believe both Turkey and the United States face a strategic imperative to salvage their relationship. Neither country’s interests, however much they fail to align otherwise, would be well-served by watching a permanently weakened NATO bleed out at the hands of Russia. The only winner in a renewed U.S. arms embargo on Turkey would be NATO’s adversaries—and chiefly Russia—getting paid defense procurement lira to hobble the Western alliance.

Jessica C. Varnum is Deputy Director at the Middlebury Institute of International Studies’ James Martin Center for Nonproliferation Studies (CNS). An expert on US-Turkish relations, she has published, spoken, and led bilateral dialogues on the subject since 2006. Her work can be followed @Jessica_Varnum.

Dr. Can Kasapoglu is the director of security and defense research at the Istanbul-based think-tank EDAM. Dr. Kasapoglu holds a Ph.D. from the Turkish War College and an M.Sci. degree from the Turkish Military Academy. Previously he was an Eisenhower Fellow at the NATO Defense College in Rome and held a visiting research post at the NATO Cyber Center of Excellence in Tallinn. His works can be followed @EdamDefense.