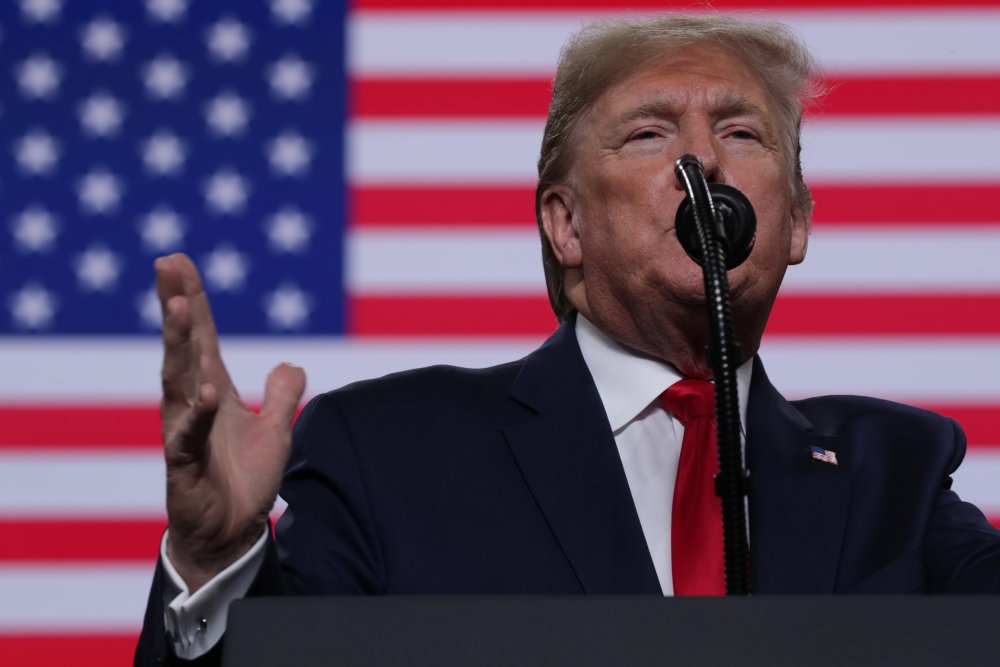 With red herrings leaping out of the U.S. policy stream—a new Space Force and family leave for federal workers—an even bigger one in the form of the president’s impeachment may have averted all eyes from a botched attempt to clamp down on a critical threat to U.S. national security: a joint Trump administration-congressional failure to prevent the proliferation of American-made weapons to the top tier of global terrorist groups.

In what constitutes a clear and present danger to the United States and its armed forces, the proliferation of weapons from U.S. allies the United Arab Emirates and Saudi Arabia transmits into a serious threat. In the middle of the conflict in Yemen, American-made weapons have been passed into the hands of Al Qaeda and other extreme Sunni Salafist groups as well as Iranian-backed militias, posing an additional risk that sensitive technologies could be transferred to Tehran.

In a blatant violation of existing U.S. agreements with the Saudis and Emirates, both are knowingly using transferred weapons as a means of strengthening chosen actors on the battlefield as well as currying favor with specific militias. Further destabilization of an already fraught Yemen theater is beyond antithetical to U.S. national security interests. After all, these weapons could be used in the near future against U.S. forces in the region, while their acquisition is already fueling Iranian propaganda efforts.

Congress has sought oversight of America’s relationships with Saudi Arabia and UAE. In particular, it has tried to hold the Saudi government accountable for the assassination of Jamal Khoshaggi, a columnist for the Washington Post. Although U.S.-Saudi relations have been a strategic priority for Washington for decades, this revelation will cause additional difficulties for the relationship, which is already strained by human-rights setbacks in the Kingdom of Saudi Arabia and its geopolitical missteps like the boycott of Qatar and holding the former prime minister of Lebanon hostage.

Much like Saudi Arabia, the UAE has been indiscriminately bombing civilians in Yemen with American-made arms in a questionable war. Moreover, although the UAE has recently wound down in its involvement in Yemen, it has also joined in the boycott of Qatar and supported the Libyan warlord Khalifa Haftar against the internationally recognized government in Tripoli. Nonetheless, it too remains a key American ally in a pivotal region of the world.

Prolific terrorist groups have already become more powerful through their recently discovered acquisition of advanced American weaponry. UAE and Saudi forces have been hard-pressed to subdue their Houthi foe in Yemen, thereby allowing terrorist militias to barter their loyalty for bargain-priced but sophisticated U.S. munitions, including TOW anti-tanks missiles, MRAPs, and even American tanks themselves. As the Houthis have captured large weapons caches in a war in which they have increased the territory under their control, they and their Iranian backers have likely gained the ability not only to threaten American forces elsewhere but also potentially to reverse engineer the means for making such armaments themselves.

The Defense and State Departments have been investigating these allegations and bringing some necessary but insufficient pressure on UAE and Saudi military leaders to fully crackdown on arms sales violations. Voices are growing to use the revelation of this wanton weapons proliferation to pressure the Trump administration to end all support of the ability of Saudi Arabia to wage its war in Yemen, which it cannot prosecute without American arms.

Clearly, the attempt to get away with passing U.S. weapons to U.S. adversaries is a bridge too far. Both Saudi and the UAE must be brought to heel. One way to do that would be through amending the 2020 National Defense Authorization Act last week in order to tighten the terms of our arms sales agreements. That this has not happened appears the result of prima facie pressure from the White House.

It is now imperative to force UAE and Saudi immediately to cease using American weapons as currency for militia support, as well as further pressure them to radically reduce the shelling of civilians in Yemen and effectively end the humanitarian crisis there. Indeed, it makes the most sense to temporarily cut off all support for the Saudi-led coalition until the U.S. can verify that both allies have ceased transferring U.S. weapons to third parties in Yemen.

Dr. Jeffrey A. Stacey was a State Department official in the Obama administration. Author of Integrating Europe, his forthcoming book is entitled Rise of the East, End of the West?