The Effect of Coronavirus on the Afghan Economy 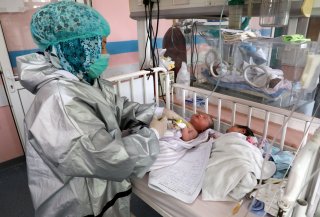 After the outbreak of the novel coronavirus in December 2019 in Wuhan, China, and then spreading to many parts of the country and more than one hundred locations around the world, the World Health Organization (WHO) declared coronavirus a pandemic.

According to statistics released by the end of this date, the virus has spread to almost every corner of the world and infected almost 5,000,000 people, of which over 300,000 have died and around 1,800,000 have recovered. It has been speculated by many medical professionals that the actual total death rate is much higher due to people dying at home, the inability to test everyone, and deaths attributed to other illnesses not linked to the disease. Coronavirus spread quickly in European countries, especially Italy and Spain. Likewise, it spread quickly in the Middle East hitting Iran, Pakistan, India, and of course, Pakistan.

Because of declining demand in world markets due to the pandemic, many companies have been shutting down, leading to unprecedented levels of unemployment around the world-amounting to 36.5 million in the United States according to the U.S. Department of Labor. It looks like the situation will not become normal anytime soon. The private sector, especially non-financial corporations, has also resorted to borrowing. The UN and World Bank have mentioned that we will witness a sharp decline in economic activity around the world in the first half of this year, and continue for many months thereafter.

From January 1 to April 11, nearly 243,000 people crossed back into Afghanistan from Iran, according to the International Organization for Migration. Iran has been hit hard by coronavirus with it causing a major blow to its already shaky economy. But the influx of returnees, without a clear coronavirus diagnosis, brought serious threats with them to Afghanistan, which the current government, embroiled in a political crisis and negotiations with the Taliban, may not be able to address on its own. Recently, the Ministry of Foreign Affairs of Afghanistan helped nearly 91,486 Afghans stranded in different countries to return home. This included 70,000 people from Pakistan, 13,600 from the UAE, 5,400 from India, 2,000 from Turkey, 300 from Qatar, and 186 people from Kazakhstan. Also, 634 inmates from different countries were released and helped return to Afghanistan. According to the Ministry of Public Health of Afghanistan on May 19, 7,653 positive cases of the coronavirus have been reported so far, with Kabul (2,231 cases) and Herat (1,286 cases) ranking first and second, respectively. Of these, 178 people have died and about 850 have been recovered so far. But people are skeptical of the Ministry of Public Health's statistics.

Afghanistan is currently running short of sufficient resources and equipment to cope with the outbreak of the coronavirus. The virus cannot only cause a health crisis in Afghanistan, but also an economic crisis. The pandemic has shaken the world economy. However, the people of Afghanistan have not been serious about flattening the curve.

The serious economic consequences that can be expected from the coronavirus include:

The unprecedented decline in business activity. Coronavirus will further damage business activities, especially the small and medium enterprises which make 80 percent of Afghan businesses. Like other countries where firms have been shut down, here in Afghanistan, national and international flights have been suspended indefinitely. Other manufacturing and service companies have also halted their operations or completely shut down. The pandemic could further damage informal businesses because they neither have insurance nor access to bank loans. If the coronavirus spread worsens within Afghanistan, it will have a detrimental effect on market supply and demand. A decline in business activity will further slow economic growth and reduce government revenue. A recent study conducted by Biruni Institute concluded that, due to sluggish activity, the Afghan economy will contract by 3.3 percent at least in their moderate scenario and 9.9 percent in an acute coronavirus scenario. In addition, the $1 billion reduction in U.S. aid to Afghanistan is expected to take a heavy toll on the already fledgling economy.

Increased food prices. Afghanistan is an import-driven economy, with more than 80 percent of its food imported from other countries. With the spread of the coronavirus in neighboring nations such as Pakistan and Iran, imports may decrease as these countries become aware of their own domestic consumption. UN Food and Agriculture Organization senior economists and agricultural analysts have warned that lockdowns and high food purchases may increase global food inflation. Despite a large supply of cereals and oilseeds by major exporters, the hoarding of commodity items by large importers such as big companies and governments is enough to create a crisis. That is why, in just the first month into the outbreak, Kabul witnessed a dramatic increase in the price of food, especially flour. The authorities, thankfully, intervened in a timely manner and took measures to prevent a dramatic increase in food prices around the country. Prior to the news of the coronavirus outbreak, the price of 50 kg of flour was up to 1,400 Afghanis ($19), but in just one day the price of 50 kg of flour skyrocketed between 1,900 ($25) to 2,500 Afghanis or $33, forcing some people to buy food at a high price. Afghanistan has strategic reserves in twenty-two provinces with a capacity of 263,000 metric tons of food, but currently, it has 20,212 metric tons of wheat in its stock. It is noteworthy that India has also pledged to provide 75,000 tons of wheat to Afghanistan. In April, India shipped the first consignment of 5,022 metric tons of wheat to Afghanistan to ensure food security during these trying times.

The Afghan Ministry of Agriculture, Irrigation, and Livestock (MAIL) has announced that it can merely afford to distribute food for three months from the national strategic reserve. According to MAIL, six million tons of wheat are needed annually, of which four million and five hundred thousand tons are harvested and about two million tons of wheat is imported from the neighboring countries. But last year, Afghanistan imported $656 million worth of flour and wheat from the neighboring countries. In late April 2020, President Ashraf Ghani announced a bread distribution program to take place initially in Kabul, Balkh, Herat, Kunduz, Nangarhar, and Kandahar. The government has now decided to extend the program to the remaining twenty-eight provinces of the country to help the needy and stabilize prices.

Rising unemployment. In 2019, the unemployment rate in Afghanistan was about 1.52 percent according to the World Bank. If on the one hand, the current political crisis and peace talks with the Taliban remain unresolved, and on the other, the number of people infected with the virus grows exponentially, I am afraid the unemployment rate in the country will increase dramatically. The National Union of Afghanistan Workers & Employees said last week that approximately two million workers and employees have lost their jobs due to the spread of the coronavirus and preventive measures like the lockdowns in the cities. The Ministry of Economy warned earlier that unemployment in Afghanistan will increase by 40 percent and poverty will increase by 70 percent because of unemployment and the spread of the coronavirus. And seeing that informal businesses account for 80 percent of the country's economic activity, quarantining cities will further increase unemployment thus aggravating the economic constraints.

A Big Blow to Exporters. Afghanistan mainly exports fruits to countries such as India, Pakistan, and others. If the coronavirus situation worsens, Afghanistan's exports may see an unprecedented decline due to border closures. Transport restrictions, such as the restrictions on international air travel, will also cause serious damage to the already struggling economy. The coronavirus will dramatically influence the country’s exporting strategy, especially with new standards in the food and agriculture sector. Pakistan had closed its border with Afghanistan but announced in April that it would open the two border crossing points thrice a week to facilitate the entrance of cargo trucks and containers into Afghanistan. On May 17, Pakistan decided to open its border crossings—Torkham in the Khyber Pakhtunkhwa and Chaman in Balochistan—for six days a week to facilitate cross-border trade.

Recommendation to the Afghan government

1. Serious Enforcement of the Anti-Hoarding Law. To prevent commercial opportunism in the free market system that prevails in Afghanistan, Articles 800 and 801 as well as Articles 900 to 905 of the Afghan Penal Code considers hoarding a crime. Since hoarding disrupts the economic order of society, the Afghan government must act seriously in accordance with the provisions of the law. Merchants and shopkeepers must work shoulder-to-shoulder with the government. Last month, food markets in Kabul saw a large influx of people, but fears and threats of the coronavirus and the need for people to hoard food resulting in profiteering. In the fight against the coronavirus pandemic, the government must act more seriously and businessmen must be fair.

2. Strengthen Strategic Grain Reserves. Over the past decade, Afghanistan has twice experienced severe shortages of wheat due to declining production and the threat of wheat supply from the region's export markets. As a result, large numbers of Afghans, especially those living in rural and remote areas, have faced a shortage of wheat. The government these days needs to increase its strategic reserves. The government must import more flour from countries that it has good trade relations with and can easily transit import, and export with Afghan traders before the spread of the virus is uncontrollable.