Is This the End of the U.S.-Saudi Partnership? 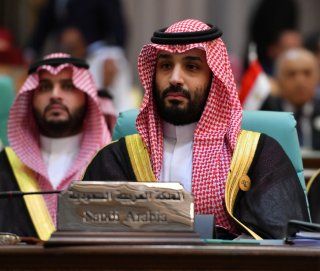 Just weeks before the U.S. midterm elections, in an attempt to hike oil prices, Saudi Arabia and Russia, leaders of the OPEC + energy cartel, agreed to their first big production cut in two years. This move was widely perceived as a salvo against the Biden administration.

By agreeing to slash production quotas, Saudi Arabia also helped Russia, which will benefit from any increase in prices to counter oil sanctions imposed by the United States and Europe for its invasion of Ukraine. Prince Abdulaziz bin Salman, the Saudi energy minister, claimed the cartel’s action was merely a preemptive action against a possible slowdown in world economic activity that would likely decrease the demand for oil and cause prices to decline. Of course, increasing oil prices might help trigger a global economic downturn or make one worse, thus ultimately also causing a dip in oil prices.

Since the administration of Franklin D. Roosevelt, the United States has crafted an implicit bargain with the Saudis that they would provide oil in exchange for U.S. defense of their oilfields. However, this bargain has never been necessary to safeguard American interests. The Saudis have always had an overriding economic interest in selling oil into the world market; in fact, they are more dependent on selling oil than the West is dependent on buying it. In other words, Saudi Arabia (and other Middle Eastern oil producers) have very little going for them economically, except their significant revenues from oil exports. And if a country or group conquered the Saudi oil fields (say an unlikely invasion by Saddam Hussein’s Iraq in 1990), the conqueror’s overwhelming interest also would be to sell Saudi oil into the global market.

Has it ever been in the American interest to defend Saudi oil fields or sell them lots of weapons to pretend to do it themselves, especially after fifteen of nineteen 9/11 hijackers were Saudi citizens and a whiff of Saudi government complicity in the entire sordid and horrific terrorist incident existed? In addition, U.S. intelligence alleged that MBS himself ordered the brutal murder of Washington Post journalist Jamal Khashoggi in Turkey in 2018. Finally, the Saudi general human rights record, especially toward their own female population, is universally recognized as abysmal.

Saudi Arabia should be expected to act in its own national economic interests. But the Biden administration should also develop a more realistic conception of U.S. interests in the Middle East based on economic realities. Although cheating on national production quotas has always hampered the OPEC cartel’s attempt to control the world price of oil in the long term, such production controls and cutbacks can have shorter-term effects. Also, as noted, the percentage of cartel nations’ GDPs accounted for by oil exports is greater than industrialized nations’ oil imports as a percentage of GDPs. Historically, industrialized nations’ economies have been resilient to shocks from increased oil prices.

Thus, the United States and its allies will likely weather this OPEC+ production cut and short-term oil price increase. However, because of political feuds having little to do with American vital economic or security interests, the United States has sanctioned both Iran and Venezuela and even tried to cripple their oil exports. Such counterproductive policies should be reversed. In the case of Iran, instead of trying to assassinate its leaders (as Donald Trump did), assiduous U.S. actions to revive the currently moribund nuclear deal would provide the double benefit of constraining the development of Iranian nuclear weapons in exchange for sanctions relief, thus freeing Iran to export large amounts of oil into the world market. Such Iranian exports would help counteract the oil cartel’s production cutback. It will take longer to repair the dysfunctional Venezuelan oil industry if sanctions are relaxed, but the country would eventually be able to get more oil to the global market.

Other countries in the Middle East may have an incentive to continue to keep Iran down, but genuine American interests in the Middle East require the United States to initiate a more realistic, pragmatic, and neutral policy toward the Iranian and Saudi archrivals.