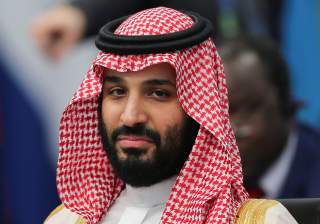 For some time I was under the impression that the loss of Hillary Clinton’s presidential bid meant that the United States would be a more independent power and more immune to external pressures in dictating Middle East policy. However, Donald Trump’s heavier reliance on Saudi Arabia for regional security in the Middle East and his unwillingness to take action against them after the brutal murder of Jamal Khashoggi heavily undermines my previous assumption.

More specifically, Trump's attitude towards the Saudis contradicts one of his most important campaign promises, which was to be tough against “radical Islamic terrorism.” Instead, Trump has complete faith in the Saudi monarchy and repeats its rhetoric, labeling Iran as the world’s leading sponsor of terrorism. While Iran's influence in the region is toxic and its sponsorship of Hezbollah threatens Israel, an important American ally, neither Al Qaeda, Hayat Tahrir al Sham, ISIS, or most of the radical groups in Syria are Shia extremists. Rather, these groups that have perpetrated acts of terror in the West are influenced by Salafism, Sunni extremism, and Saudi clerics.

Ibn Taymiyyah's fourteenth-century religious and political philosophy has become the ideological basis for a broad array of modern peaceful and violent religious groups, from Wahhabis to the Muslim Brotherhood and from ISIS to Al Qaeda. ISIS justifies many of its actions based on the Ibn Taymiyyah’s philosophy. For example, in Dabiq, ISIS defends its goals by quoting Ibn Taymiyyah with his dogma: “The basis of the religion is a guiding book and a supporting sword.” It is no coincidence that Ibn Taymiyyah believed that Jihad was the best voluntary act a person could perform, even greater in value than prayer or hajj.

After his death, Taymiyyah's student Ibn Qayyim al Jauziyah preached his theology profusely. Centuries later, it was picked up by a young man named Muhammad Ibn Abd-al Wahhab who transformed and reformed Ibn Taymiyyah’s theology into an influential politico-religious movement that has extended throughout the world. The inherent problem is that the version is highly sectarian, and hate will always breed violence. Salafism acts like a bridge to extremist violence, with its ultra-orthodox nature, its strict interpretation of Islam, and its rejection of innovation or other Islamic schools of thought.

With its oil money, Saudi Arabia exports this ideology by funding madrassas all over the Islamic World, in an effort to push out and eradicate other moderate forms of Islam receptive to the kind of life and rights that we enjoy in the West. Saudi Arabia’s aim is therefore one of dominance of the Islamic world. It is not only a fight against Shiism, but against any competing version of Sunnism.

Ibn Taymiyyah argued strongly for the idea of the transcendence of God. From a political perspective, this means that just like man has to submit to God, so does society have to be submitted to the authorities. Salafi groups insist then that they, as religious leaders, have to be the authorities of the Muslim community, and all of the members of the community need to accept the Quran and the juridical principles of the Sharia.

Ibn Taymiyyah established the difference between real and marginal Muslims, the latter who had knowledge about Islam but who chose to break its laws. By establishing this difference, Taymiyyah in his time denounced the Tartars as apostates because they had not accepted nor implemented the Sharia. Taymiyya argued that if the leaders of a Muslim community did not apply the Sharia then they had lost their moral legitimacy and it was the obligation of the people to fight against them. This assured that real and devout Muslims did not have to follow or obey a leader simply because he was a Muslim. Modern-day Salafi groups have adopted these arguments to argue that it is their religious right to fight against the world of ignorance and darkness, and leaders who do not conform to those conditions have to be removed.

As a consequence of the siege of Baghdad by the Mongols, Taymiyyah constructed a vision of Islam that was closed, militant, and expansionist. For him, Islam was permanently under threat and Muslims needed to defend it in order to establish the Caliphate. This is an idea that inspires modern Salafi groups with societies that completely adhere to the principles of the Sharia, while rejecting influence from other religions or foreign political ideas. In his time, Ibn Taymiyyah fought against the influence of pagan rites and other customs, during our time Salafis of all strands fight against any kind of reformation of their interpretation of Islam. And this is the biggest danger, the idea that dogma has no right to be revised and reformed.

Ibn Taymiyyah’s calling of violent fatwas against the Mongol conquerors of the Abbasid Caliphate serves as a modern justification and inspiration for jihad against local and foreign powers. Taymiyyah promoted the use of an aggressive, active, and offensive jihad as a tool to impose the authority of Islam. Muhammad Abd al Wahhab would be largely influenced by Taymiyyah's thinking and would borrow his notion of jihad as radical activism and other positions like takfir or the declaration of other Muslims as non-believers.

Saudi Arabia is an expansionist power that aims to counteract any influence—be it Western or Indigenous—with its own ideology. For example, in the world’s only Muslim nuclear power, Pakistan, their madrassa system has been monopolized by financial patronage since the 1980s, and Saudi Arabia’s cash has ensured they are able to largely affect the religious dialogue and discourse. In Indonesia, Saudi-funded Sunni mosques have created sectarian problems that were unknown before in that country. It has been reported that preachers in some of these mosques have advocated that spilling the blood of Indonesia’s Shia minority is permissible because they are misguided. In short, Saudi Arabia’s aim is to be able to control and indoctrinate billions of people, making those nations subordinate to its leadership, and preventing any influence from any of the superpowers including its supposed ally the United States.

While I was in Jordan, I learned from Palestinians who had lived in Saudi Arabia that in school they were taught things like: “The Shia have tails, the Jews have horns, and if you shake the hands of a Christian then you become one of them.” Saudi Arabia’s Grand Mufti, the top cleric Sheikh Abdul Aziz bin Abdullah called in 2015 for the destruction of Christian churches in the Arabian peninsula, describing such an action as necessary in Islamic Law. This type of rhetoric is extremely similar to the one that Ibn Taymiyyah taught more than seven hundred hundred years ago against the different peoples that surrounded Al-Sham.

But the problem doesn’t stop in the Islamic World because Saudi Arabia also funds preachers and mosques in the West. In 2017, a Home Office report found that Saudi Arabia was the largest exporter of extremism in the United Kingdom. In the aftermath of the report, Sir William Patey, former ambassador of the UK to Saudi Arabia, said that while they have been funding mosques that have become hotbeds of terrorism, they must not be aware of the consequences of their ideology. This type of shockingly unjustified defense and whitewashing could not be further from the truth. Even the former Imam of the Grand Mosque in Mecca, Sheikh Adel al Kalbani, has said that ISIS was a direct result of Salafism.

The Western world doesn’t need diplomats like Sir William Patey and others. We need seriously-minded officials who are not afraid to stand up for our national security concerns and interests. We don’t need Jared Kushner, who is as qualified to be handling the Middle East, as is Nicolas Maduro to be governing Venezuela.

There is no way to fight radicalism without confronting Saudi Arabia’s role in it. If Trump had actually meant his message of “America First,” then an independent United States would have been more strategic in navigating the Khashoggi affair.

It would have known how to punish Saudi Arabia, without completely jeopardizing bilateral relations. Washington didn't have to initially break relations, but it should have taken steps to pressure the king to remove Mohammed bin Salman as crown prince, cancel arms deals, and sanction them for their hostile actions in spreading hateful ideologies.

It would have told the Saudis that Khashoggi was the last straw, and they needed to reform or face isolation, just like Iran has rightly experienced.

Carlo J. V. Caro has an M.S. in Security Studies and an M.A. in Islamic Studies from Columbia University. He researches U.S. Foreign Policy and Terrorism.