Give Him a Chance: Iraq’s New Prime Minister-Designate Needs One to Succeed 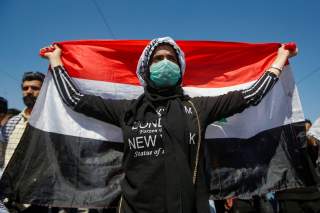 Iraq is in an unprecedented crisis as serious as when, in 2014, the rise of the Islamic State put the country’s future in doubt. In many ways, it is generational. More than 40 percent of Iraqis were born after the 2003 U.S.-led invasion and they are no longer willing to accept the corruption and mismanagement of the political oligarchy who have dominated Iraq since the 2004 restoration of sovereignty.

Yes, Iraqis have agency—no one forces political bosses like Nouri al-Maliki, Masoud Barzani, or Muqtada al-Sadr to wallow in corruption or place the interests of themselves and their bank accounts above the good of the nation. However, both the Coalition Provisional Authority (in which I served) and the United Nations also must accept some blame. For instance, in an effort to ease the holding of Iraq’s first post-Saddam election, U.S. and UN officials embraced a system which empowered political bosses and diminished the accountability of politicians to the broader Iraqi electorate.

It was largely youthful protestors who took en masse to the streets of several cities in early October to demand government accountability. Their demands escalated after Iran-backed militias sought to crush them with lethal violence. Either Iraqi Prime Minister Adil Abdul-Mahdi ordered excessive force to be used against the protestors or, more likely, he did not and the militias acted autonomously. Either way, he lost all authority and announced his resignation, setting off a fifteen-day period to nominate a replacement.

Constitutionally, the president formally nominates a politician appointed from the largest electoral bloc. Here, constitutional vagueness plagues Iraq as blocs are fissiparous, with electoral blocs merging and parliamentarians defecting to other alliances. In practice, this means more than one bloc claims the right to nominate. As a result, it took well over the constitutional time period for Iraqi President Barham Salih to appoint Mohammad Tawfiq Allawi, a well-respected former communications minister who had publicly broken with the corrupt Maliki.

But Allawi refused to cut the sort of deals Barzani and other key politicians demanded to stack his cabinet and so did not make the confirmation vote cut-off. With no confirmation, the choice was then returned to Barham. Here, the Iraqi constitution is even more nebulous, as its wording does not formally require Barham in such a scenario to take a nomination from the largest bloc, even if parliamentary leaders say that it is implied.

After a flurry of political and diplomatic activity on Monday, Barham appeared ready to support Sheikh Naim al-Suhail, a widely-respected figure from the Tamim tribe whose members span the sectarian divide. However, under pressure from the State Department among others, Barham instead yesterday appointed Adnan Zurfi, an former Najaf governor, to be Iraq’s prime minister-designate. Zurfi also holds American citizenship and during Saddam’s dictatorship lived in Dearborn, Michigan. He is well-qualified. As a two-time governor of Najaf—perhaps Iraq’s most important governorate after Baghdad—he oversaw the defeat of Muqtada al-Sadr’s Jaysh al-Mahdi. Moreover, Zurfi shepherded unprecedented economic growth, delivering to the population in local development the benefits of billions of dollars in pilgrimage revenue. Finally, he also successfully walked the international tightrope between Iran and the United States and domestically between the Shi’ite hierarchy of religious authorities (the most important of whom called Najaf their home) and often venal political authorities in Baghdad. As rivals sought to undermine each other, Zurfi won the respect of all as he governed in a coalition and kept the focus more on development than infighting. At a time much of Iraq remained dangerous, Najaf remained safe: I was able to walk around the city without security during annual visits. Last year, Zurfi visited Washington not with members of his own political party, but with Mohamed al-Halbousi, a Sunni Arab and speaker of Iraq’s parliament.

It is unclear, however, whether Zurfi will be able to overcome the animosity of Shi’ite militias like Asaib Ahl al-Haq and the Badr Corps. These two militias are increasingly hated in Iraqi society and are unapologetic about their corruption. For example, they are not shy about whether, when push comes to shove, Barzani will abandon the demands for his family members or their proxies to preside over key ministries in order to opaquely manage their budgets. Here, Iran is likely to blame for the impasse as Iraq’s pro-Iranian militias and their domestic business interests increasingly subsidize Iran’s Islamic Revolutionary Guard Corps rather than the other way around. To lose political patronage is to lose not only domestic power in Iraq, but also would negatively impact the Revolutionary Guards’ bottom line. Political analyst Sajad Jiyad—one of Iraq’s best—suggests the factions affiliated with Asaib Ahl al-Haq and the Badr Corps will likely try to prevent a quorum, causing Zurfi, too, to languish.

If Zurfi cannot cobble together an interim government, it will not be his failure but rather that of Iraq’s political elite. Iraq’s most corrupt leaders and those who subordinate their Iraqi nationalism to Tehran’s whims may believe they can outlast the Iraqi protest movement, but they will be wrong. Iraq’s demography is changing, and Iraqis—Arab and Kurd, Muslim and Christian, Sunni and Shi’ite—universally want something more than barely scraping by in what could be one of the world’s wealthiest, most educated and developed nations. Iraqis are resilient, but they truly are now peering over the precipice.