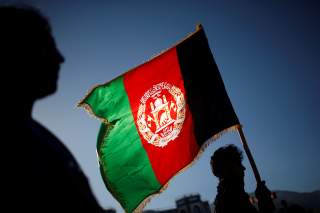 The U.S.-Taliban talks are moving ahead but where are they headed to? They may be aspiring for a comprehensive peace agreement but could just end up with a partial deal.

A comprehensive agreement might establish a framework for achieving peace and reconciliation in Afghanistan under a government legitimized by the constitution and democratic elections. But it would be challenged by the Taliban. And a partial deal might provide for the exit of foreign forces, leaving the Taliban as the commanding force of change for Afghanistan’s future. But it would be contested by Kabul. Either way, the war that we know may end but conflict will continue.

Both options raise questions. One might ask whether legitimacy justifies Kabul’s claim to power even if it has failed to create effective economic and security institutions and governance structures, and lacks a writ over nearly half the country. Equally one might wonder if an undefeated insurgency has a right to lead the country while lacking constitutional backing, domestic legitimacy, and broader support of the population? According to a 2018 countrywide survey by the Asia Foundation, 82 percent of Afghans have “no sympathy at all” for the Taliban.

The idea of power-sharing is also debatable. How do you have power-sharing when the Kabul government and the Taliban do not share the same political system? Afghans are not known for sharing power as we saw after the Geneva accords of 1988 back at the time of Soviet withdrawal. They would rather fight to have full power.

A Flawed View of the War and Peace

The truth is that there is a serious flaw in Washington’s prevalent thinking about Afghanistan and the war, namely that if there is no military solution to the conflict there has to be a political solution. And that the only possible political solution is to come to an agreement with the Taliban. Surely there are better ways to end the war than to replace one failed system with another. Afghans deserve better.

Afghanistan’s troubles go beyond the Taliban challenge. And the Taliban are a problem, not the solution. Afghanistan began unraveling with the overthrow of the monarchy in 1973 long before the emergence of the Taliban. And for the past more than four decades the country has endured an unending conflict that has weakened the state. There are conflicts within the conflict—local, sub national, ideological, and tribal. And regional geopolitical competitions and rivalries feed on this pervasive confrontation.

The elitist-led and Pashtun-dominated pre-1973 Afghanistan that provided false stability and limited progress cannot be recreated, for many reasons. The ethnic balance of power has shifted away from the Pashtuns. New claimants to power, like the Taliban, and foreign elements of destabilization like the Islamic State and Al Qaeda have emerged. And the war economy that benefits drug mafia, criminal elements, corrupt politicians and warlords has created powerful stakeholders in Afghanistan’s instability. Afghanistan’s experience with democracy has been too superficial to resolve these fundamental challenges. For all its benefits, democracy made Kabul dependent on the political support of those very forces, like the regional strong men and power brokers that have been at the heart of Afghanistan’s troubles, allowing them to operate with impunity.

Afghanistan has to find a new organizing idea that must address three foundational issues that have been at the heart of its multiple tensions: the structure of power, the ethnic balance and the pace of modernization. And it must respond to the following questions:

What will be the new ethnic balance now that the non-Pashtun population is more empowered than ever before? How will warlords and their militias, drug mafia and corruption be dealt with? How do you sustain a commitment to education, human rights, political freedoms, socio-economic advancement, and women’s rights of which America’s war could only give a flickering glimpse? Finally, how do you improve the rural economy and infrastructure, and bridge the rural urban and sectarian divides?

An Afghanistan that does not address these questions cannot effectively deal with the Taliban because they thrive on grievances and instability caused by these unresolved challenges. The mainly rural population is sympathetic to the Taliban not so much for ideological reasons but as an alternative to bad governance, and for security and protection against the corrupt and oppressive police and strongmen. The Taliban have enhanced public grievances by adding sentiments against the “enemies of Islam” like America, and against the “others”—the Hazara /Shias.

The U.S.-Taliban talks being conducted by Ambassador Zalmay Khalilzad cannot resolve the complexity of Afghanistan’s crisis. Secretary of State Mike Pompeo hinted that much. He said in testimony on the Hill on April 12, 2019, that Washington was looking for an agreed upon “framework” that could lead to reconciliation and a reduction in violence.

But Pompeo left a crucial question unanswered: the relationship to be established by the “framework” between the time table of the withdrawal, negotiations for the final peace between the Taliban and the Kabul government, and the nature of the final settlement.

It looks we might conceivably get a two-phase agreement. The first phase might provide for U.S. plans to withdraw its forces in exchange for the Taliban’s assurances that they would not allow the territory under their control for any acts of terrorism by Al Qaeda, the Islamic State, etc. The second phase will consist of talks between Kabul and the Taliban for the final settlement that could last for months or longer. The Taliban will talk but will also fight in order to survive. And that does not bode well for Afghanistan’s future.

So where do we go from here? Afghanistan needs a broader engagement of big powers and regional players, but most important is Pakistan. Both Pakistan and Afghanistan should come to a shared recognition that the Taliban ought to integrate into the state’s democratic system. And the system should make concessions to them to make that possible. But if the Taliban want to overthrow the system they need to be opposed.

The reality is the United States could not defeat the Taliban as it was fighting against them and their support base in Pakistan—especially among Islamic parties, militant groups, and their followers. The United States had poor war strategy and bad partners and created the image of a foreign occupier that gave the Taliban a potent cause.

However, Afghanistan and Pakistan arrayed together may have a chance to defeat the Taliban—especially as the allure of the Taliban’s cause will likely be weakened by the U.S. withdrawal and a reduction of support from Pakistan, should Islamabad it make that choice. But it will not be easy.

Both Pakistan and Afghanistan will have to make some tough policy choices. Pakistan will not like being saddled with the consequences of an abandoned war whose chaos will cause a spillover of refugees, drugs and extremism. Nor should Pakistan like the prospect of a Taliban government in Kabul as it will create a reverse ideological and strategic depth. There is a need, therefore, for Pakistan to seriously rethink its relationship with the Taliban.

Nearly twenty-five years of experience with the Taliban is long enough to show Pakistan the harm they have done to the stability of its tribal areas and to U.S.-Pakistan relations. Besides continuing to push Afghanistan and India closer together, much to Pakistan’s discomfiture, Islamabad’s continued endearment to the Taliban will keep local Jihadist networks alive, fueling militancy and holding both Pakistan’s stability and the Chinese-Pakistan Economic Cooridor hostage.

Afghanistan too needs to make some real hard choices. Foreigners cannot solve Afghanistan’s problems if it is making no efforts of its own to do so. Secondly Afghanistan cannot deal with the Taliban simply as a Taliban issue. Afghanistan has to fix itself internally to isolate the Taliban politically and build a country with modern state structures that responds to the aspirations of all its population.

Counterinsurgency as a Governance Issue

Counterinsurgencies are essentially a governance issue. Afghanistan needs to conciliate the areas under the Taliban’s control. Pakistan can help by making its lands inhospitable to the Taliban by improving the integration of its tribal areas through the implementation of its Federally Administered Tribal Area reforms. Afghanistan and Pakistan can work on joint border management and resolution of the refugee problem to control border crossings by militants of both sides.

But Afghanistan should not expect Pakistan’s help to be cost free. It can incentivize Pakistan by reaching some understanding on the longstanding Durand Line issue and by ensuring that its relationship with India is not seen by Pakistan as directed against it.

Pakistan, too, will gain by addressing the local grievances. Further, cleansing the tribal areas of the extremist elements may help in neutralizing Pashtun Tahaffuz Movement, an emerging Pashtun activist group.

If Pakistan and Afghanistan do not address their tribal population’s grievances, they will get channeled into either a Jihadist resistance or ethnic rebellion posing a threat to them and regional security.

In meeting the Taliban challenge, both Afghanistan and Pakistan would need outside help, especially from the United States. The United States cannot just pull out and not look back. Washington has to leave some stakeholders behind who can help Afghanistan. But they cannot do it without U.S. help or support.