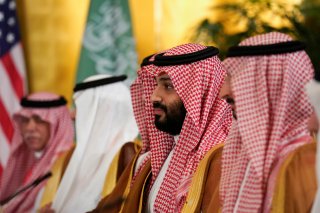 In January, the heads of five East African nations (Sudan, Djibouti, Somalia, Eritrea, and Egypt) and three Middle Eastern ones (Saudi Arabia, Yemen, and Jordan) gathered in the Saudi capital to sign the Red Sea Pact, a new framework for enhanced trade and diplomacy along the Red Sea corridor. The agreement, some three years in the making, lays the groundwork for what Saudi officials hope will become a new cooperative regime for the area.

Riyadh’s interest is logical. Development of the Red Sea zone—in particular tourism and trade along the waterway—represents an important part of the economic diversification at the heart of the “Vision 2030” plan that has emerged as the signature initiative of the kingdom’s de facto ruler, Crown Prince Mohammed Bin Salman. The objective of the Pact is thus to enhance trade and security along and within the waterway, through which some 13 percent of global trade currently flows. The area, Saudi officials say, could eventually be linked to the Mediterranean in a way that would significantly broaden economic opportunities for all the surrounding countries.

Yet the Red Sea Pact is just one component of a much larger Saudi turn toward neighboring Africa, a region that officials in Riyadh increasingly view as intrinsic to their country’s economic prosperity, domestic security and geopolitical position.

The Economic Promise of Africa

Over the past several years, the kingdom has dramatically deepened its financial stake on the continent. As of 2018, Saudi Arabia already ranked as the fifth-largest international investor in Africa, with close to $4 billion sunk into projects across the region. But growing attention from Riyadh of late has led to even greater economic involvement in African affairs in everything from South Africa’s energy sector to defense cooperation with Sudan.

This engagement is driven by domestic needs. Africa is essential to the kingdom for economic reasons. Just two percent of total Saudi land is arable, and as a result, the country is heavily dependent on food imports from foreign sources. Riyadh has attempted to mitigate this historic dependency over the past decade by investing deeply in agricultural partnerships in East Africa as part of an official—and ongoing—“food security initiative.” This has entailed, among other things, the purchase of thousands of hectares of land in Africa by Saudi businesses for the purpose of farming in what officials in Riyadh hope will eventually expand to become an essential part of their economic construct.

Those needs are growing quickly. The kingdom’s current population of thirty-two million is projected to reach nearly forty-five million by 2050, and that growth will inevitably result in a surge in demand for food. Africa, with its vast tracts of arable land and fertile soil, is the logical answer to this anticipated boom. The nation of Uganda alone is projected to be capable of feeding upward of two hundred million people, more than four-and-a-half times the size of its own population. All this has positioned Uganda and its neighbors in the continent’s eastern reaches as key partners for the kingdom.

A Forward Strategy for Security

Riyadh’s engagement isn’t solely driven by Africa’s economic potential, however. The kingdom also clearly sees its presence there as increasingly important to deterring potential threats to its own security. Indeed, prominent among the objectives of the recently-signed Red Sea Pact is combating maritime piracy, a collaborative initiative that would help guard Saudi Arabia’s vulnerable western flank.

But the kingdom has also come to view its African footprint as a way to contest the competing inroads being made there by regional rivals, and for good reason. Three years ago, Iran’s Revolutionary Guards were discovered to be smuggling arms to Yemen’s Houthi rebels by way of Somalia. Since then, Riyadh has worked diligently to expand its ties to Mogadishu in order to prevent a repeat occurrence, as well as to tilt the government of President Mohamed Farmajo more decisively into its orbit, and away from the competing pull of Turkey and Qatar, both of whom boast extensive influence in the East African nation.

As part of this outreach, the Kingdom has also taken on the role of regional peacemaker, brokering a 2018 ceasefire between longtime African adversaries Ethiopia and Eritrea that has paved the way for stabilization of the Horn of Africa. At the same time, a steady stream of Saudi aid into East Africa, in particular to Sudan, Eritrea, and Djibouti—as well as to Somalia’s Somaliland region—has helped orient regional politics toward the kingdom, and pave the way for a more sympathetic view among African governments of the ongoing conflict in Yemen, which represents Saudi Arabia’s overriding security priority.

Today, the House of Saud faces a multitude of pressing challenges. At home, it has begun a fundamental reorientation of the country away from an oil-based economy, and a massive overhaul of social and cultural norms in order to keep pace with the expectations of its young and ambitious population. Abroad, meanwhile, the country remains embroiled in a bloody civil war in neighboring Yemen, pitched strategic competition with regional rival Iran, and an ideological tug-of-war with intellectual rival Qatar.

Amid this crowded strategic agenda, Africa represents a comparative bright spot—one that holds out the promise of greater security and prosperity for the kingdom as it seeks to adapt to changing global conditions. It is for that reason, more than any other, that Saudi Arabia’s interest in Africa, and its presence there, is sure to continue to grow in the years ahead.

Ilan Berman is senior vice president of the American Foreign Policy Council in Washington, DC, where Jacob McCarty is a research fellow. Both were part of a February 2020 research delegation to the kingdom organized by the country’s Ministry of Foreign Affairs.