How Bahrain Is Improving its Human Rights Record 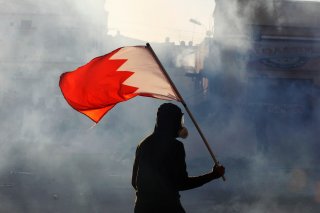 Getting human rights “right” is always a work in progress. Responding to criticism by Chinese officials of America’s record in this regard, Secretary of State Antony Blinken recently stated: “...what we’ve done throughout our history is to confront those challenges openly, publicly, transparently, not trying to ignore them, not trying to pretend they don’t exist, not trying to sweep them under a rug. And sometimes it’s painful, sometimes it’s ugly, but each and every time, we have come out stronger, better, more united as a country.”

The same can be said of Bahrain, where I served as U.S. Ambassador from 1986 to 1989, and with whose people and leaders I have remained close.

Judging by the narrative of its critics, one would think that Bahrain is just one big prison, where men, women, and children who criticize the government are tortured or otherwise denied their rights. This is simply not the country that I know, nor is it the one to which its leaders aspire.

President Ronald Reagan told me in 1987: “Ounce for ounce and inch for inch, Bahrain is America’s best friend in the world today.” Thirty-four years later, his assessment remains truer than ever. The Bahrain that I know is a multi-ethnic, multi-confessional melting pot in which the vast majority of citizens seek to better themselves economically, politically, and socially. They have lived together peacefully for centuries, and their modern history has been forged in concert with Western values and political and economic models.

Not all of the West’s examples are ones to follow, however. Among the legacies of Great Britain’s post-colonial rule in Bahrain was a brutal internal security apparatus that enjoyed a culture of impunity. For the past decade, Bahrain’s leaders have been working assiduously to dismantle what was bequeathed to them and to bring their human rights practices in line with international standards.

Many of these reforms get short shrift from skeptics, but they shouldn’t be so blithely dismissed. Over the past ten years, the government of Bahrain has taken bold and concerted action to address an admittedly imperfect system. In 2011, the Bahrain Independent Commission of Inquiry (Bassiouni Commission) released its report into the unrest of that year and made far-reaching recommendations, many of which have been implemented. They include giving dismissed employees their jobs back, compensating families of victims of state violence, instituting human rights training for police and security forces, and dismissing or imprisoning security force members for excessive use of force.

But the government has gone further. It has established an Ombudsman’s Office in the Ministry of Interior and a Special Investigations Unit in the Office of the Public Prosecutor to investigate and prosecute official wrongdoing. Since their inception, these bodies have handled thousands of complaints and imposed penalties on hundreds of law enforcement personnel found to have violated the law. Significant legal reforms have been taken that raise the juvenile age to eighteen, provide for alternative sentencing, and de-emphasize the role of confessions as evidence of guilt.

Bahrain has also undergone transformative changes in its understanding and management of human rights issues. There now exist unprecedented measures for legal protection, oversight, and accountability to protect citizens from governmental excesses. More importantly, its leadership from the king on down recognizes the need to further expand and protect civil and political rights. My sources tell me that opposition political societies and newspapers are the next reforms to be tackled.

Some detractors will never be satisfied, however. They will continue to label Bahrain a pariah as long as members of the opposition remain incarcerated or prisoners allege abuse. This “all or nothing” approach is misguided.

It is based on a presumption of guilt—that the government of Bahrain is intent on abusing the rights of its citizens and that the corrective measures represent little more than flimsy attempts to appease its critics and to hide the truth.  It ignores the fact that no country—including the United States—is free from criticism, and it applies standards of performance that appear higher than those to which Bahrain’s neighbors are held.

Most disturbingly, the criticisms lack context and homogenize detainees. Many of Bahrain’s highest-profile prisoners are bona fide bad actors. Some have plotted and carried out targeted acts of violence involving sophisticated explosive devices that have killed scores of police. Others are members of groups that the United States has designated as foreign terrorist organizations. The evidence against them is overwhelming and not the product of forced confessions. They are violent extremists—armed, trained, and funded by hostile foreign powers.

Just as Europeans and Americans have struggled to control the scourge of terrorists in their midst, so are Bahraini institutions grappling with this threat. It is a difficult and existential challenge, and like pluralistic societies everywhere, they will admit that it is a work in progress.

American officials should “re-balance” their approach to human rights. Principled advocacy of universally recognized civil and political rights is a must, but the world is a messy place. Facts matter, and not all protestors are high-minded Jeffersonians. As Bahrain strives to “confront these challenges openly,” a more cooperative and less adversarial approach by the United States would produce better results.

Sam Zakhem is the President of Zakhem International, LLC. He served as U.S. Ambassador to the Kingdom of Bahrain from 1986 to 1989.