How Donald Trump Blew Up the Afghan Peace Process 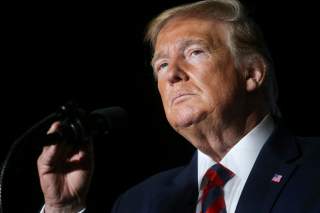 With the suspension of the U.S.-Taliban talks, Mullah Baradar, the Taliban’s lead negotiator in Qatar, may be spending some of his free time reading Donald Trump’s The Art of the Deal, trying to make sense of the U.S. president’s bombshell Twitter thread from this weekend.

On Saturday, Trump let the world know via tweet that he had planned to host Taliban leaders and Afghan President Ashraf Ghani at Camp David the next day, but was canceling the summit and pulling the United States out of talks with the Taliban because the militant group took responsibility for a recent attack that took the life of an American soldier.

Hosting the Taliban at Camp David was simply a bad idea. The militant group has done little at this point to deserve the legitimacy that would be afforded to it by a trilateral summit on U.S. soil with the president of the United States. While the Taliban was on the cusp of concluding a landmark peace agreement with the United States, it had yet to begin a meaningful dialogue with other Afghans on reconciliation and does not appear to have made major concessions in talks with Washington.

Trump’s aim seems to have been to use the spectacle of a Camp David summit to bring Ghani and Taliban leaders together and push the next stage of the peace process—the intra-Afghan dialogue forward—by at least getting the militant group to agree to a nationwide ceasefire.

But there is no indication that the Taliban actually agreed to attend the meeting. While Taliban leader Haibatullah Akhundzada seems comfortable with his deputy, Mullah Baradar, meeting with U.S. Special Representative Zalmay Khalilzad, a direct meeting with Trump in Washington would have boosted Baradar’s stature—perhaps at Haibatullah’s cost. Taking part in a trilateral summit in Washington would also have given the Taliban the legitimacy it’s sought for over two decades, but at the cost of recognizing the Kabul government’s legitimacy as a sovereign power. The Taliban remain a conservative organization that operates by consensus. Two weeks' notice is simply just not enough time for them to make a radical shift on the question of engaging Kabul.

What this weekend’s developments show is a fundamental problem with the sequencing in the Afghan peace process. In January, Khalilzad stated that “nothing is agreed until everything is agreed”—meaning that there would be no final peace agreement until both the U.S.-Taliban and intra-Afghan deals are concluded. But over the course of the summer, the United States gave indications that the United States would seek a deal of its own with the Taliban irrespective of whether an intra-Afghan agreement was attained. In June, Secretary of State Mike Pompeo explicitly stated that the Trump administration sought an Afghanistan peace deal by September 1. The U.S-Taliban and intra-Afghan talks were, in effect, made sequential as opposed to concurrent.

But Ghani is partly at fault for this. His priority is clearly not peace, but to stay in power. In April, Ghani sabotaged a round of intra-Afghan talks that were set to take place in Doha, Qatar, by stuffing the invite list with over 200 people. The Taliban saw that as a sign that Ghani was not serious, comparing the list to invitations to a wedding. The Taliban now say that they agreed to take part in an intra-Afghan dialogue in Oslo on September 23. But even if those talks do take place, critical time was lost on the intra-Afghan front this spring and summer as the U.S.-Taliban talks moved forward steadily.

Responses to Trump’s tweet by Pompeo and several Taliban officials indicate that both sides are leaving the window open for a resumption of dialogue. Trump’s own tweet makes that clear as well. However, the trust deficit between Washington and the Taliban will have to be bridged. The Taliban will now have little confidence in the value of their agreements with any U.S. official, perhaps other than Trump. And fears persist in Washington that the Taliban will use a ceasefire with the United States to overwhelm Afghan government forces. A withdrawal agreement that contains both a timetable and conditions—including terms relating to an intra-Afghan accord—may address the apprehensions of both parties.

Unfortunately, the intra-Afghan front is about to get messier as the Afghan presidential elections near. There is little likelihood that a U.S.-Taliban deal will be signed before the polls, which are scheduled for September 28. It now looks quite likely that the elections will take place. And the uncertainty and discord due to rigging and violence may upend the intra-Afghan dialogue front. The last presidential elections in Afghanistan led to accusations of rigging and put the country on the brink of civil war.

With the ensuing disruption—and perhaps chaos—from the Afghan elections, U.S. officials will probably come to regret their decision not to press Ghani to agree to an interim caretaker government when his term ended in May. An interim government representing most or all of Afghanistan’s power brokers would have allowed those who recognize the present Afghan constitution to stand as a united political front against the Taliban and work to preserve as much of the present system as possible in direct talks. The upcoming elections, contrary to what former U.S. diplomats have recently argued, will further erode public trust in the Afghan system and erode its legitimacy. Surveys by Gallup demonstrate that public confidence in the honesty of elections in Afghanistan actually drops after every major series of elections there.

Afghanistan’s presidential elections are likely to go to a second round. So there may be some time even after the conclusion of the first round to cancel the process and form a coalition government without suspending the constitution. But at this point, it looks like the elections will take place and Afghanistan will witness a heightening of violence and political unrest this fall. And in such a scenario, we may then see a fed-up Trump shock the world with a tweet announcing a unilateral U.S. withdrawal from Afghanistan.

Arif Rafiq (@arifcrafiq) is a non-resident fellow at the Middle East Institute and president of Vizier Consulting, LLC, a political risk advisory company focusing on the Middle East and South Asia.