How to Make Sense of the Turkish Election Results 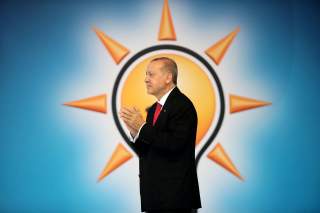 As the country headed towards the presidential and parliamentary elections regularly scheduled for November 2019 these long-term ideological (conservative pro-Islamism vs. secularist left-leaning progressive) divide and short-term economic and security policy evaluations continued to be relevant and salient. Among these factors, however, the rapidly deteriorating economic conditions appeared to be most pressing. Erdoğan chose a two-pronged populist approach to address his economic challenges. He made cheap credit available to boost consumption and generate artificial growth figures while increasingly interfering with the independence of the Central Bank to keep interest rates low. As his policies aggravated Turkey’s problems, he began to blame the country’s problems to external interference and to domestic collaborators. However, given the approaching local elections scheduled for March followed by the presidential and parliamentary elections in November 2019, sustainability of budgetary discipline and maintenance of a prudent current account deficit also came under question. The concern that poor performance at the local elections could adversely affect the outcome of the presidential elections in 2019 was central to calling snap elections.

Yet, during the campaign, Erdoğan downplayed Turkey’s economic problems. Instead he focused on past successes and promises of future fantastic plans such as the Canal Istanbul project while also emphasizing the fight against terrorism. When he did bring up the economy, it was in the context of highlighting external threats and securitizing economic challenges. In stark contrast, the efforts of the opposition candidates to lay the blame for Turkey’s mounting economic problems on the doorsteps of Erdoğan did not pay off. Nor did the opposition candidates İnce and to a lesser extent Akşener, advocacy to respect the independence of regulatory bodies, emphasis on the need to improve Turkey’s democratic performance, especially the rule of law, as well as relations with the European Union to overcome these economic problems resonate decisively with the electorate. Clearly, Erdoğan was successful in preventing the opposition from winning over his electorate with alternative economic policy suggestions.

Turkey faces a long list of challenging problems. Domestically, the poor state of the economy calls for urgent measures, the need to improve the state of Turkey’s democracy and the rule of law will necessitate the lifting of the emergency rule for which Erdoğan appeared supportive during the campaign and then there is the decades-old Kurdish problem awaiting attention. Externally, Turkey faces major security threats, especially from Syria, and challenges from the policies of Russia and Iran. Its relations with transnational allies are in the worst state ever. Addressing these challenges will necessitate Erdoğan to work closely with the parliament.

Ironically, the new era of Turkish politics with new sweeping powers for the presidency of Erdoğan will be shaped primarily by alliance or coalition politics. The winning side of these alliances, composed primarily of AK Party and MHP, is ideologically conservative and staunchly nationalist. On the opposing side, with CHP, İyi Party and small religious Saadet (Felicity) Party, is ideologically more diverse and driven primarily by its opposition to Erdoğan’s leadership and ousting of the AK Party from office rather than by a consistent social and economic agenda. Although Erdoğan secured a second term in office, his win came only in coalition with the nationalist MHP’s support. AK Party suffered a significant loss and lost its control of the parliament. As such, the dominant rule of the AK Party appears to have come to an end. AK Party will no longer be able to pass any legislation single-handedly nor will it be able to have Erdoğan’s budget approved by the parliament without the support of the nationalists. Any new initiatives towards resolving the Kurdish conflict are also likely to be shaped in accordance to sensitivities of the nationalists. In this new parliamentary configuration, the MHP has become a key actor for the smooth functioning of the presidential system. It will be interesting to see if Erdoğan will be able to seek coalitions beyond MHP on issues where he is not on the same page with them. In the event that he chooses to do that, there may emerge some space for moderation and compromise. This may give the opposition the possibility of some influence over policymaking enabling room for democracy beyond a very majoritarian one.

Kemal Kirisci is the TUSIAD senior fellow in the foreign-policy program at the Brookings Institution.

Ali Çarkoğlu is a professor of international relations at Koç University.