How Turkey May Sink Azerbaijan in Washington 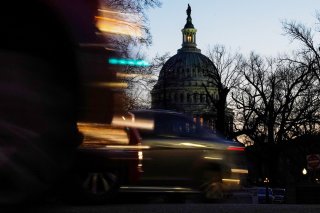 Azerbaijan was long a success story. While far from democratic, Ilham Aliyev (who succeeded his father Heydar, a former Soviet Azerbaijan leader, in 2003) positioned Azerbaijan as a Western-oriented island sandwiched between Russia and the Islamic Republic of Iran. As countries like Russia and Iran repressed religious minorities, the majority Shi’ite Azerbaijan embraced their traditional Jewish, Catholic, and Russian Orthodox communities and broadly respected religious liberty.

One of only three majority Shi’ite countries outside Iran, Azerbaijan is also important for what it is not. While Iran imposed theocracy and Iraq has struggled to contain Iran-backed militias, Azerbaijan separated mosque and state. This has posed a direct challenge to the validity of Iran’s Islamic Republic: After all, if the basis of Iran’s post-1979 legitimacy is its melding of religion into governance into a supposed God-favored system, then Azerbaijan’s relative success and its greater per capita wealth as a secular state righty raises questions about which truly provides a better model for Shi’ite empowerment.

This is not to diminish the democracy deficit in either Azerbaijan or Iran. Azerbaijan’s opposition, however, has largely been co-opted by Russia. Aliyev has largely crafted a situation akin to Egypt’s under Hosni Mubarak: By allowing negligible space for liberal opposition, he can point to the Islamist (or pro-Kremlin) alternatives and say he, his wife, or his son are the only viable alternatives to Aliyev lest Azerbaijan descend into chaos.

U.S.-Azerbaijan relations have, since Azerbaijan re-established its independence in 1991, had their ups and downs. In 1992, under pressure from the Armenian lobby in the United States, Congress adopted Section 907 of the Freedom Support Act in order to ban direct U.S. government assistance to Azerbaijan. That move came against the backdrop of the Nagorno-Karabakh war in which Armenia invaded and occupied Nagorno-Karabakh, a largely Armenian-populated territory which in 1923, Joseph Stalin, general secretary of the Soviet Communist Party, awarded to Azerbaijan. Azerbaijan always considered Section 907 unfair: Not only had Nagorno-Karabakh been Azerbaijani territory for seven decades, but in order to consolidate its own control, Armenia also seized and ethnically-cleansed several districts of Azerbaijan which separated Armenia proper from Nagorno-Karabakh. This is one of the reasons why, in October 2001, the Senate amended the Freedom Support Act to waive its restrictions on Azerbaijan, a choice which every subsequent president has utilized.

Presidents George W. Bush, Barack Obama, and Donald Trump have each subsequently welcomed Aliyev to the White House or to receptions in New York as the United States and Azerbaijan cooperated closely on energy and security policies. Azerbaijan closely cooperated with NATO efforts in Afghanistan following the September 11, 2001 attacks. It also contributed to U.S. and NATO missions in Iraq and Kosovo. Elin Suleymanov, Azerbaijan’s ambassador to the United States for much the past decade, meanwhile, was among the most talented and active in Washington, bringing enormous energy to his dealings in Congress and to the analytical community and broader civil society. Whereas some ambassadors would largely limit their outreach to their own diasporas, Suleymanov would bring Azerbaijan’s message of tolerance and its desire for a close Western partnership to both the Jewish and Christian communities in America.

Azerbaijan’s successful run in Washington, however, may soon end. Armenia once made Azerbaijan’s efforts in Washington easy. Armenia was like Azerbaijan a dictatorship, but it was not pro-Western like its rival. Armenians form the bulk of Iran’s sizeable Christian community, and ties between Yerevan and Tehran run deep. In 2007, Yerevan State University awarded Iranian president Mahmoud Ahmadinejad its gold medal. “Armenia and Iran will be relatives eternally,” Ahmadinejad declared upon receiving his honorary doctorate. The following year, U.S. diplomats concluded that Armenia shipped Iran weaponry, which the Islamic Republic used to kill Americans. Then-Deputy Secretary of State John D. Negroponte expressed his “deep concerns about Armenia’s transfer of arms to Iran which resulted in the death and injury of U.S. soldiers in Iraq” to Armenian President Serzh Sargsyan. In October 2011, a member of Armenia’s Nuclear Energy Organization suggested that Iran had enticed several Armenian nuclear scientists to work in Iran’s nuclear program.

Armenian tactics in Washington further undercut the U.S.-Armenia partnership. First, there was a profound disconnect between Armenia’s national goals with regard to development and cooperation and that of Armenian lobbyists in Washington who were almost entirely focused on recognition of the Armenian genocide. Second, while envoys like Suleymanov would seek to build as broad a coalition as possible, Armenian ambassadors to the United States were largely non-entities on the diplomatic scene. Armenian lobby groups like the Armenian National Committee of America (ANCA), meanwhile, sought to cultivate Congress but, outside its confines, focused more on attacking those not in line with its positions than on engaging or swaying them.

That is beginning to change, however. While the Bush administration sought to cultivate Azerbaijan, the Obama and Trump administrations largely ignored the Caucasus despite Azerbaijan’s contributions to the war on terrorism. This left Aliyev little choice but to make great accommodation to Russia. The juxtaposition between Azerbaijan and Armenia’s strategic orientation is no longer as sharp as it was a decade ago. While Azerbaijan’s democratic deficit continues, Armenia appears to have turned the corner on its governance. According to Freedom House, “Armenia is in the midst of a significant transition following mass antigovernment protests and elections in 2018 that forced out an entrenched political elite. The new government has pledged to deal with long-standing problems including systemic corruption, opaque policymaking, a flawed electoral system, and weak rule of law.” Armenia’s democratic transition might not be complete, but it certainly compares favorably to its eastern neighbor.

Turkey, however, may be the factor that ultimately destroys Azerbaijan’s hard-fought relationship with the West. That Turkey and Azerbaijan have close relations is logical. The frontier border between the two countries is less than seven miles long yet they maintain linguistic and cultural solidarity and a multi-billion-dollar energy trade. As Turkish president Recep Tayyip Erdoğan has subordinated more pragmatic policies to an ideological agenda, he seeks increasingly to dictate to Azerbaijan rather than allow it to pursue its own interests. Whereas once Azerbaijan’s diplomats sought broad outreach, they now blacklist those who run afoul of an increasingly paranoid and mercurial Erdoğan, presumably because the Turkish embassy conducts its own surveillance on private meetings and will report back on reception attendees.

The result is a chill: Just as the Turkish embassy in Washington has become a shell of its former active self, so too has Azerbaijan’s embassy gone quiet. Erdoğan has also demand Aliyev mirror his own psychoses. After cultivating the Fethullah Gülen movement for years in Azerbaijan at a time Erdoğan looked favorably upon the group, Baku has made an about-face in response to Turkish pressure. Likewise, as Turkey has increasingly isolated itself over its activities in the Eastern Mediterranean and Africa, Erdoğan has demanded Azerbaijan give it blanket diplomatic support even though Azerbaijan has no national interest in choosing sides in the eastern Mediterranean. Indeed, if Turkey gas extraction in the Eastern Mediterranean could even undercut Azerbaijan’s long-term economic interests.

In short, Azerbaijan has lost its brand, betrayed its autonomy, and attached itself to an increasingly isolated regime. Whereas once American diplomats and policymakers would forgive Aliyev’s excesses because of Azerbaijan’s pro-Western orientation, today Azerbaijan is seen as just another republic in which an undemocratic ruler seeks to permanently ensconce his family in the palace. When all else is stripped away, Azerbaijan’s key interest in Washington remains the Section 907 waiver. Baku may believe that Suleymanov’s success on the waiver is permanent, but it should be wary: Turkish envoys like Namik Tan once bragged about Turkey’s strength in Congress. Tan enforced his own pro-Erdoğan blacklist which his successors continued. Not surprisingly, as Turkey’s outreach shrank, the numbers which Tan cited as a metric have tanked.

Ankara’s attempts to micromanage Baku will likely lead Azerbaijan down the same path. Frankly, the only reason why it remains somewhat successful is because of the decision by prominent Armenian groups to pursue only narrow agendas centered around the genocide resolution and to neglect coalition-building in favor of narrow ideological litmus tests. Should Armenian groups seek to sway opponents rather than punish them, both Armenia and Azerbaijan may find their recent fortunes in Congress on issues such as Nagorno-Karabakh and Section 907 will flip.