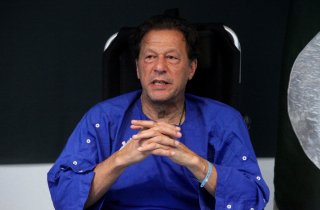 Former Pakistani prime minister Imran Khan, who was shot in the leg on Thursday during an assassination attempt, was released from the hospital on Sunday, although he remains in a wheelchair and his total recovery time remains unclear. Local media showed the former leader and members of his staff leaving the hospital on Sunday afternoon, with both of Khan’s legs bandaged and one propped up on a pillow.

Khan, aged seventy, was shot while leading a protest rally in Pakistan’s eastern city of Wazirabad ahead of the country’s upcoming general election in mid-2023. Before the shooting, the group had been preparing to march on Islamabad, Pakistan’s capital, to urge the country’s parliament to call for early elections.

In addition to Khan, one member of the former prime minister’s Pakistan Tehreek-i-Insaf (PTI) political party was killed and thirteen others were wounded. The alleged gunman, a Pakistani national named Muhammad Naveed, has been apprehended and confessed to attempting to kill Khan, but the former prime minister has insisted that the act was planned by his successor, current Pakistani prime minister Shehbaz Sharif, in order to eliminate him as a potential rival in the upcoming election. Khan has also accused Pakistani interior minister Rana Sanaullah of complicity in the attack, as well as a general from the country’s Inter-Services Intelligence (ISI) spy agency. Khan did not provide any evidence for the accusations.

The leader of the PTI since its founding in 1996, Khan governed Pakistan from 2018 until April 2022. Last spring, several lawmakers from the PTI defected, voicing their opposition to Khan’s continued government and declaring that they would support a vote of no confidence against him. Khan attempted to block the vote by preemptively dissolving parliament, but the Pakistani supreme court later ruled that this action was unlawful, re-convening it and clearing the way for his removal from power. In the aftermath of his dismissal, Khan has claimed that he was overthrown in a coup masterminded by the United States and the Pakistani military, although representatives from both have denied his claims.

Despite his ouster, Khan remains widely popular within Pakistan, and the PTI has won by-elections in some parts of the country in recent months. In May, the former leader attempted to hold a protest march on Islamabad but called it off after violence between PTI supporters and Pakistani police. Khan also faced a legal challenge after he was accused of threatening a judge in a speech, but he was ultimately not prosecuted.