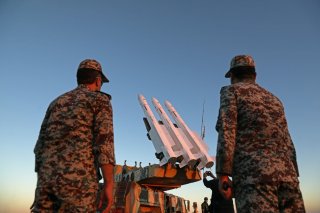 Since Donald Trump took office, the United States has resorted to a unilateral foreign policy that undermines the multilateral system. The effects of this approach have alienated the United States and harmed cooperation with its allies, resulting in insecurity across the world and specifically in the Middle East and North Africa (MENA). This is best-reflected by arbitrary U.S. efforts to undermine the Joint Comprehensive Plan of Action (JCPOA), which is producing distrust among key allies and severing diplomatic ties with Iran at a moment when the thirteen-year United Nations arms embargo expired on October 18. To address the failures of the current U.S. administration as well as to rebuild trust, diplomatic cooperation, and faith in multilateralism, unilateral efforts must be rolled back.

The expiration of the UN arms embargo on Iran is the most recent event in an endless spat between the current U.S. administration and Iran. Over the last two months, the United States has doubled down on hardline stances against Iran, failing each time to coordinate with allies or consider the limits of its power on the multilateral stage.

Recent sanctions spanning the entire Iranian financial sector offer an example of unilateral decision making by the United States. The sanctions cover eighteen major Iranian banks but also institute “secondary sanctions” on any entity working with these financial institutions, effectively cutting off the Iranian financial system from the world.

The United States unilaterally applied this policy against the will of its European allies, who have actively worked to provide humanitarian aid to Iranians. For Europe and many humanitarian actors, these sanctions block Iran’s ability to obtain the foreign currency required to purchase humanitarian aid. Instead of promoting cooperation among its allies, the Trump administration is using the pandemic as a catalyst for regime change in Iran by harming its ability to import basic resources for its people.

This decision to institute sweeping sanctions in an attempt to cut off Iran from the foreign currency flows needed to purchase humanitarian supplies was not well received by U.S. allies. This includes the European three (E3) of France, Germany, and the United Kingdom. These states and other critical U.S. allies on the United Nations Security Council (UNSC), such as South Africa and Tunisia, are trying to sustain the JCPOA as a guiding framework for diplomatic prospects with Iran. Rather than work with them in the spirit of multilateralism, the United States continuously disregards their interests, ultimately alienating itself on the global stage.

U.S. secondary sanctions in this case not only reflect an outdated and failed foreign policy but also fail to assure U.S. allies that it is a reliable global partner. This approach exemplifies the Trump administration’s “America First” foreign policy: one of reckless and selfish indifference.

Ironically, America First has resulted in America alone, without any ability to conduct diplomacy with Iran. This has resulted in an Iran run by hardliners with renewed capabilities to disseminate weapons to belligerent proxy forces while sanctions are ravaging regular Iranian citizens. A new approach will be the only way to recover from such failures and achieve sustainable foreign policy success in the future.

Multilateralism and diplomacy lie at the crux of addressing the issue of Iran and other global issues, as I have stressed in the past. The JCPOA fits the bill and can be a guiding framework that opens the door to resolving other issues of stability across the MENA region, like Yemen. The original intention of the JCPOA was to moderate Iran and slowly reintroduce the country into the international community. A long-term end-goal of this process involves tempering Iranian proxies via the Iranian state, such as Ansar Allah in Yemen. Thus, the focus of a Biden administration should be to immediately rejoin the deal, even if it faces difficult renegotiation prospects.

In parallel with rejoining the JCPOA, the United States will need to recognize that unilateral decision-making has left it worse-off—both with its allies and in its international standing. Unilateral bullying by the United States has harmed its reputation and ability to constructively address issues with its allies, resulting in poor policy outcomes for Washington that are not only embarrassing but open the door to competitors like China on the global stage.

A Biden administration, if elected, will need to repair its relationships with the broader international community to secure collective approaches that can support peace and stability efforts in places such as Iran. This will require rehabilitating America’s reputation by fostering a renewal of trust among the international community. A multilateral foreign policy that focuses on human rights and diplomacy can accomplish this. It is overdue to learn from the mistakes of the past and work towards a cooperative foreign policy agenda. Until this occurs, U.S. policy will continue to undermine trust and cooperation on the global stage, ultimately harming the United States in the process.