The Iran Illusion: The Threat to America's Security Comes from Great-Power Problems, Not Tehran 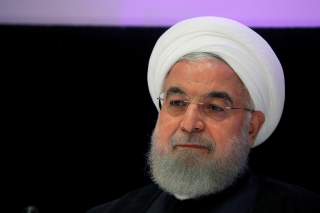 In a missile strike in Baghdad this month, U.S. forces killed Iranian Maj. Gen. Qassem Soleimani, the architect of Iran’s regional influence operations and arguably its second most powerful figure. Iran quickly promised “forceful revenge” in the form of a military response, and has since launched missile strikes on U.S. targets in Iraq—thankfully, no casualties have been reported. Still, this does not mean safety is guaranteed indefinitely for the more than fifty thousand U.S. troops in the turbulent Middle East, with more reportedly on the way, along with many contractors, diplomats, and civilians.

A full-blown war with Iran would be more costly than Iraq, in terms of both lives and treasure, and spur regional upheaval and anti-U.S. terrorism for years to come. But even if a shooting war fails to materialize, the recent missile attacks show that Suleimani’s death keeps the U.S. mired in an increasingly risky tit-for-tat with Iran, committing outsized resources and attention to a third-rate power in a region of limited and diminishing strategic importance. U.S. interests are far better served tackling higher priorities—ending fruitless foreign operations that have overstretched the military and improving the nation’s fiscal strength to tackle the challenges of the next decade.

Suleimani’s death was a loss for Tehran, though not an irreplaceable one. An equally experienced successor has already been named, and Iran’s support for proxies in the region will continue, if not accelerate. But there are limits to Iran’s ability to influence the Middle East.

Iran is ultimately a Shia theocracy in a mostly Sunni neighborhood, with a fragile and weakening economy, few friends internationally, an aging military, and tenuous domestic support for the regime. Far from building a regional empire, Iran is forced to use the resources it does have—its proxies in Lebanon, Syria, Iraq, and Yemen—to check its many local adversaries. With domestic discontent growing as Iran’s economy contracts, the United States can only lose by miscalculating into another war—one that like Iraq, we win militarily but lose strategically.

Iran’s weak position has not stopped it from consuming U.S. foreign policy in a way grossly disproportionate to its importance.

More than eighteen thousand U.S. troops have been deployed to the Middle East to counter Iran since May of last year, at a time when U.S. interests call for winding down—not expanding—the U.S. regional footprint. Now that the ISIS “caliphate” has been defeated, Syria has been carved up between Bashar al-Assad’s government and Turkey, and domestic popular discontent has boiled over both against Iran’s government and its Iran-friendly Iraqi counterpart. At the same time, a doubling in domestic U.S. oil production over the last decade has made the U.S. economy resilient to Middle Eastern oil shocks.

Ongoing U.S. military operations in the region leave U.S. troops vulnerable to reprisal and squander resources while gifting unpopular governments with an opportunity to channel public anger at the United States. U.S. troops originally sent to the region to fight ISIS are now being kept to contain Iran and its allied militias, which ironically were instrumental in driving ISIS out of Iraq. But in the aftermath of Suleimani’s death, the United States has suspended anti-ISIS operations, leaving U.S. troops in Iraq with no other purpose than to defend now unneeded bases in hostile territory.

Ending U.S. military entanglements in the region is essential to preserving U.S. power, but a long-overdue winding-down of the costly U.S. missions in Iraq, Afghanistan, Syria, and Yemen will remain elusive so long as Washington refuses to quit a high-stakes game of chicken with Tehran.

The U.S. military is currently overstretched, carrying out a dizzying array of missions around the world. These include defending the Baltic states from Russia, fighting the Taliban, deterring a Chinese attack on Taiwan and a North Korean attack on South Korea, denying Syria’s oil fields to Assad, and fighting terrorism across the Middle East and Africa. A war with Iran or the credible threat of one would only exacerbate the burden. Effective long-term competition with peer states like China—an increasingly important U.S. policy goal—is impossible so long as the U.S. remains trapped in the Middle East’s quicksand.

The fiscal strength of the U.S. government, which funds and makes possible the global power projection the U.S. enjoys, is already tenuous and likely to plummet further as various Middle Eastern commitments bleed the U.S. Treasury. The United States has been running budget deficits for the past twenty years, often approaching or exceeding $1 trillion annually. The U.S. public has no appetite to pay for the country’s current foreign policy through higher taxes, so the cost of the wars in Iraq and Afghanistan, amounting to almost $6 trillion, was passed on to future taxpayers in the form of debt. Even with a low projected interest rate of 3.7 percent, interest payments on the national debt will exceed anticipated military spending by 2027.

To forestall fiscal insolvency and shepherd its power for the more meaningful challenges of the next decade, the United States can start by avoiding confrontations that could spark new wars or make it harder to disengage from existing ones. In response to the drone strike that killed Suleimani, Iraq’s parliament voted to expel U.S. forces, which were previously invited to Iraq to fight ISIS. The United States should have withdrawn with the fall of ISIS’s caliphate anyway. Methodical withdrawal now, while overdue, would spare the small and vulnerable U.S. contingent in Iraq from any potential further retaliation, while taking a much-needed step toward downgrading the Middle East’s burden on U.S. foreign policy.

Enea Gjoza is a senior fellow at Defense Priorities.