Iran Lashes Out at Britain, Norway Over Support for Protests 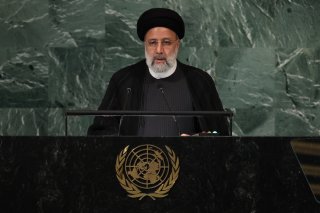 Iran’s Foreign Ministry has summoned the British and Norwegian ambassadors in Tehran over their support for the country’s ongoing protests. The Iranian government claimed the support has exacerbated tensions and created a “hostile atmosphere” for diplomacy.

British Ambassador Simon Shercliff was called to the ministry on Saturday as part of an official diplomatic protest to the British government for its hosting of three outlets—BBC Persian, Manoto TV, and Iran International TV, according to Iran’s official IRNA news network. All three of the networks broadcast via satellite, which reaches greater distances and is more difficult to block than conventional television broadcasts.

The Foreign Ministry told Shercliff that the three outlets had helped to “incite … violence and spread … riots,” claiming that they represented state-approved interference. It was particularly critical of Iran International, which it had previously accused of accepting funding from Saudi Arabia, Iran’s primary rival in the Persian Gulf region. Iran International has denied this accusation.

The Iranian Foreign Ministry also questioned Norwegian ambassador Sigvald Hauge over “meddlesome” remarks made by the country’s parliament speaker, Masud Gharahkani, who was born in Iran and has voiced support for the protests. The Foreign Ministry’s meeting with Hauge occurred after Gharahkani posted a video to his Twitter page in which he spoke to demonstrators in Persian and voiced support for the protests. “Mahsa Amini, 22, died after she was caught by morality police on the streets of Tehran,” the parliament speaker wrote in Norwegian. “In the streets of Iran, young people are crying out for justice. They dream of the same freedom and democracy I have in my country, Norway.” The Foreign Ministry claimed in a statement that Gharahkani’s remarks were “wrong” and “unconstructive” toward the two countries’ relationship.

As Tehran issued its complaints against London and Oslo over the weekend, the protest movement—sparked by the suspicious death of Mahsa Amini, a twenty-two-year-old Kurdish woman arrested by the country’s morality police for failing to cover her hair in public—has continued to spread. By some accounts, major demonstrations have now taken place in nearly 150 cities across all of Iran’s thirty-one provinces, and Iran’s diplomatic posts abroad have also increasingly come under protest. The Iranian embassy in London has seen near-continuous

demonstrations since Amini’s death, and on Saturday night, two unidentified men threw a Molotov cocktail at the Iranian embassy in Athens, Greece, before escaping on a motorcycle.