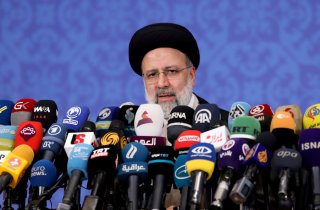 According to Kani, the date was established on a phone call with the European Union’s representative to the talks, Enrique Mora.

Bagheri announced on Twitter that the “negotiations aiming at removal of unlawful and inhumane sanctions” would begin on that date, describing the measures that the United States imposed on Iran under the administration of President Donald Trump.

Those sanctions, part of the president’s “maximum pressure” policy, caused financial chaos in Iran and sharply lowered the nation’s GDP. However, Tehran’s nuclear enrichment program, which was largely brought to heel under the conditions of the original 2015 JCPOA, was resumed.

Although the United States withdrew from the deal in 2018, it still remained intact between Iran and the other signatories through 2020, although Iran gradually stopped complying with its restrictions in response to U.S. actions, including the assassination of Quds Force General Qassem Soleimani in early January 2020.

Following the Iranians’ non-compliance, several rounds of negotiations were held in Vienna between Tehran and the other “P5+1” signatories—the United Kingdom, France, Germany, Russia, and China. The sixth and most recent of these negotiation rounds was suspended in June after Raisi’s election as president, in order to allow for a change of administration and allow the new government time to establish its policies. In the months since June, the Iranian government has sometimes appeared reluctant to restart the process, to the consternation of U.S. diplomats.

However, the European Union confirmed the November 29 date, indicating that the talks would be led by Mora.

“Participants will continue the discussions on the prospect of a possible return of the United States to the JCPOA and how to ensure the full and effective implementation of the agreement by all sides,” read a statement released by the European Union’s External Action Service.

While the United States is no longer a member of the JCPOA, President Joe Biden has indicated that he intends to return Washington to the agreement. This would require, however, the suspension of nuclear sanctions on Iran, which many Americans continue to support.

In particular, the Republican opposition in Congress has highlighted the fragile nature of such an agreement by contending that they would reinstate the sanctions immediately under a future Republican administration, a commitment they had earlier made in 2015 during the original negotiations—and carried out in 2018.