Iran Wants a Way out of Crisis, but America Won't Give It One 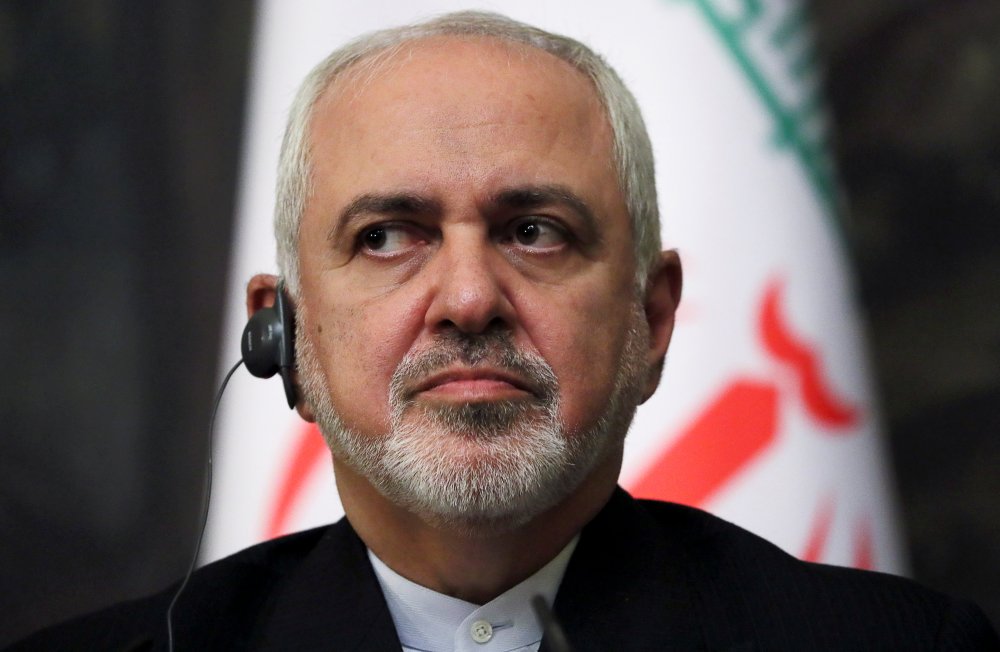 On the anniversary of America’s withdrawal from the Joint Comprehensive Plan of Action (JCPOA), more commonly known as the Iran nuclear deal, Iranian President Hassan Rouhani announced a series of measures reducing Iran’s strict implementation of the deal. Iran’s policy up to this point had been characterized as trying to wait out the Trump administration, but with well over year left to 2020 election, it’s worth examining the ways in which this decision affects international dynamics moving forward.

Iran’s decision is a carefully designed strategy of gradual partial withdrawal that intends to impose costs on the Trump administration for their rapid escalation of sanctions and on the Europeans for their anemic response. This represents the middle ground of two unacceptable paths for Iran. The first would be to allow the United States to escalate without consequences. The second would be to fully withdraw from the JCPOA. Withdrawal would destroy the framework that took over two years to negotiate and possibly win President Donald Trump’s hardline approach new followers.

For the remainder of the Trump administration, this sets up a dynamic where Iran will continue to meet U.S. sanctions escalation with its own controlled escalation through a gradual withdraw from its nuclear obligations. In doing so, Iran hopes to modify the behavior of the Trump administration and impact the campaign calculations of Democrats seeking to defeat Trump in 2020. Tehran also wants to generate urgency among other parties, especially Europe, to confront Washington’s historic discarding of international norms and agreements. Since the United States recognizes no moral or legal barrier towards its uninhibited escalation against Iran, only reciprocal escalation can even theoretically modify U.S. behavior.

Specifically, if Iran only concentrated on heavy water and low enriched uranium (LEU), this would maintain the focus on the Trump administration’s intransigence. This is because LEU and heavy water are not themselves useful in building nuclear weapons. Additionally, nuclear cooperation is key for Iran to continue observing JCPOA limits on those items as they were recently sanctioned by the United States. Iran also threatened to discard more sensitive sections of its JCPOA commitments involving the Arak plutonium reactor and levels of uranium enrichment that would theoretically shorten Iran’s time towards achieving nuclear breakout—the accumulation of enough highly enriched uranium to build one nuclear weapon—which was central to the calculation employed in the JCPOA.

But Iran’s continued support for IAEA inspections makes clear that Iran demands its interlocutors take their obligations seriously while Tehran is clearly not sprinting towards weaponization. This accumulative effect allows Iran to impose a cost on western countries without losing the moral high ground. Iran recognizes that its interest lies squarely with bringing all parties back into implementation with the JCPOA and not allowing the United States to burn bridges back to that goal by trapping Iran into a full retaliatory withdrawal.

Cost and a Cudgel

Iran is hoping its phased partial withdrawal strategy from the deal generates the kind of pressure that helped bring about the JCPOA negotiations with the Obama administration. During the negotiations, it became fashionable in Washington to argue that sanctions brought Iran to the table. This narrative holds that Iran’s decision to negotiate was driven exclusively by U.S. sanctions and pressure. This narrative became common wisdom in Washington for the most conventional of reasons: both political parties saw value in advancing it. The Obama administration believed that the public’s appraisal of their approach may hinge on the perception that America is negotiating from a position of strength. The Republicans, meanwhile, wished to argue that if some pressure is good, more would be better—that if sanctions forced Iran to make concessions, then more sanctions would yield more results.

In fact, the United States, by default, recognized Iran’s right to enrich uranium and moved away from hardline “zero enrichment” demands during the preliminary talks that set the stage for JCPOA negotiations. This was spurred by pressure from Iran in the form of a booming number of centrifuges and enrichment uranium stockpiles as well as economic adjustment to sanctions that put Washington’s more aggressive demands out of reach.

Whether the cost imposed on America in the form of Iran’s phased withdrawal actually modifies the nature or aggressiveness of U.S. escalation may well depend on whether Iranian policy alters the process of policy formulation inside the Trump administration. In his interview with Fox News Sunday, Iranian foreign minister Mohammad Javad Zarif said National Security Advisor John Bolton and various American allies in the Middle East “have all shown an interest in dragging the United States into a conflict. I do not believe that President Trump wants to do that, I believe President Trump ran on a campaign promise of not bringing the United States into another war.”

Bolton has established himself as the most militaristic influence in the Washington foreign policy community. Bolton’s infamous revulsion towards diplomacy and lust for crushing enemies through military conflict is so extreme it makes Senate Republicans uncomfortable. Pompeo was also a notably hawkish lawmaker before joining the Trump administration. Both Pompeo and Bolton have previously called for regime change in Iran and for the United States to initiate military conflict with Iran even as the nuclear negotiations were ongoing. Furthermore, Bolton and Pompeo have a historic opportunity to pursue regime change around the world as proof of concept for their vision of America eliminating any entity that questions Washington’s primacy through escalation dominance. They will likely, however, have to do so without being able to formally initiate a war as America did in Iraq.

Trump is unlikely to be willing to initiate a new conflict that could overtake his presidency the way the Iraq war eventually did with George W. Bush. Trump himself famously supported the Iraq war before running against it in his Presidential campaign, calling the conflict a “big fat mistake.” He in the past joked that he would not allow Bolton to get him into war and recently fumed that Bolton was doing just that regarding the failed regime change endeavor in Venezuela.

Bolton and Pompeo are wagering that unilateral pressure on Iran would be more successful than the kind of coalitional pressure that requires consensus building and compromise. They believe that the United States can leverage its centrality to international financial networks, internet communication and key points in the global supply chain to impose its will on financial and economic institutions around the world.

It is certainly possible that hardline elements of the Trump administration sold their Iran strategy as an easy win against a country that will serve as historic proof of American power and burnish Trump’s own “America First” credentials. Bolton once promised that his policy prescription would bring regime change by 2019. The critical question here is how much cost and potential of war Trump is willing to tolerate for the success of this “maximum pressure campaign”? How does Iran’s imposition of cost factor into Trump giving his most hardline advisers a free hand regarding Iran policy?

The efforts of the United Kingdom, France, and Germany (collectively known as the E3) to replace the benefits of America’s participation in the JCPOA have largely failed and promise to continue making little meaningful impact. The E3 has clearly prioritized the protection of their trade and security ties with America over protecting the JCPOA or Iran’s fair dividends from it.

The reactions from European capitals to President Rouhani’s announcement were generally balanced and composed. But at least as so far as they threatened the reimpose European sanctions (the United Kingdom and France have), their reaction was still more aggressive than any they had put forth against Trump after one year of Washington leaving the JCPOA. This was even in the face of Washington trying to break the Iran Deal and threatening European business executives with multibillion-dollar fines and imprisonment should they breach American extraterritorial diktat. Europe is clearly more comfortable with holding an aggressive line towards Iran but, as few European companies remain active in Iran, the threat of their economic reprisal carries little fear for Tehran.

Washington’s bolder policy has rendered Europe strategically irrelevant. It dares not lash out against Washington even as Washington’s policies rob Europe of its power to affect the world. A Europe divided and distracted with internal ideological struggle is not likely to either stand up to Trump or destroy the still standing JCPOA framework by reimposing EU sanctions. The Europeans will most likely continue the current track of providing Iran with rhetorical support and token benefits while tolerating Iran’s gradual withdrawal as long as the IAEA has enough transparency to certify that no sprint towards breakout is in progress.

After President Rouhani’s announcement of impending partial withdrawal, Trump reacted by saying, “I’d like to see [Iran] call me.” There will be many such calls in the months to come, but they are not very useful. American political and military leaders, as a matter of policy, claim to support diplomatic solutions in almost every international impasse. This can be a call for genuine diplomatic conflict resolution, but it frequently is a demand for a cleaner negotiated surrender on the part of their foes. The nature of Trump’s escalation and the cadre formulating America’s policy—as well as the ultra-maximalist set of demands outlined—indicates to Tehran that there is no diplomatic outcome possible that would leave Iran’s sovereignty and critical national security interests intact.