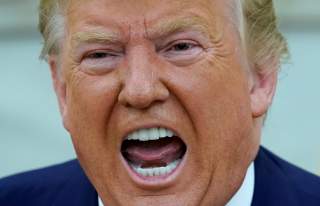 President Donald Trump has sixty days to prevent tensions with Iran from spinning out of control.

Dissatisfied with the Iran nuclear deal signed under the Obama administration, Trump terminated U.S. participation in the Joint Comprehensive Plan of Action agreement in 2018 and has since imposed “maximum pressure” sanctions on Iran. Most importantly, these sanctions have seen Iranian crude oil exports fall from around 2.5 million barrels per day (mbpd) to as low as 0.1-0.2 mbpd this past summer. Even during the height of sanctions prior to the nuclear deal, Iran was allowed to export approximately 1.1 mbpd.

“Maximum sanctions” has led to considerable hardship within Iran. Oil exports of 2.5 mbpd bring in 40 percent of Iranian government revenues. On the spending side, Iran’s national budget allocates 15 percent to defense and 85 percent of other programs like pensions, healthcare, subsidies, education and infrastructure. The collapse of oil revenues, combined with the effect of sanctions, has prompted the Iranian government to reduce or defer some outlays, as well as paying the bills by printing money. Officially, inflation has risen to 43 percent, and the cost of food and medicine has soared 40 percent to 60 percent, according to European Union figures. As a result, some Iranians are no longer able to afford fresh food, and many in middle-class neighborhoods in Tehran “have resorted to buying withered cucumbers and rotting tomatoes, grapes, apples and peaches that grocery store salesmen put aside every day at dusk,” reports the Los Angeles Times. Notwithstanding, in an economy facing collapse, housing prices have doubled, according to the Financial Times. This kind of hyperinflation is usually consistent with aggressive money printing by the government in an attempt to pay its bills in the absence of revenues – oil revenues in this case. Iran’s situation is all but untenable.

Tehran’s options are limited. The government of Iranian president Hassan Rouhani is not prepared to accept US conditions, but neither can Iran defeat the U.S. militarily.

The White House believes sanctions will break the Iranian government. Secretary of State Mike Pompeo has stated that Iran’s GDP could shrink by 12 percent to 14 percent, which is about the contribution of Iranian oil exports to the country’s GDP during normal times.

Alas, sanctions have little track record of success. After decades of sanctions on North Korea, the Kim family remains firmly in charge and can finally boast submarine-launched ballistic missiles on which to pack their nuclear warheads. Saddam Hussein’s Iraq was under sanctions for years, but it still took an invasion to kick him out. Similarly, Iran has been under sanctions for much of the time since the 1979 revolution, and yet the ayatollahs remain in power.

History tells us that sanctions are more likely to produce resistance than capitulation. Were a foreign government to cause the value of U.S. Social Security checks and Medicare spending to fall by 40 percent, the American public would be enraged, call it an act of war, and demand a military response. Under similar pressures, does Iranian belligerence come as a surprise?

But what can Iran do, when it is so effectively cornered? Tehran’s options are effectively limited to raising the cost of the sanctions regime to the United States. Rather than concede a win-lose outcome to Washington, Iran is left with a lose-lose strategy, in effect, risking a war to demonstrate to the United States that the political cost of sanctions on Iran is too high.

This involves inflicting pain on the United States, its allies, and the global economy. But how to do it?

The Iranians need to strike blows without being labeled as the aggressor. A war, particularly a prolonged war in which Iran is seen as the instigator, would be an abject disaster for Tehran. Therefore, acts of aggression must be deniable to the greatest extent, even while signaling that Tehran was behind the move.

Further, should matters escalate to an overt military conflict, the United States or Saudi Arabia must be seen as the aggressor. This limits Iran’s opportunity to strike the United States or Saudi military assets directly or to undertake operations with substantial civilian, and in particular American, casualties. The Iranians could fire a couple of cruise missiles into a U.S. warship at any time but doing so would enrage the U.S. public and mobilize America for war. Iran wants no part of that.

Rather, with indirect and deniable attacks targeted against Saudi oil facilities and infrastructure, Iran hopes to goad the United States into a response, if not the withdrawal of sanctions, then an attack on Iran proper. In such an event, Iran would appeal to global public opinion, maintaining that it is merely protecting its own vulnerable population from aggressive and unjust treatment by the United States, and that any actions Tehran may take are justified in protecting its legitimate interests. “If only Washington had not placed crushing sanctions on Iran, none of this would have happened!” That is the line Tehran must play.

But it is a very fine line, and therefore the strategy has been unfolding only gradually. The program opened with the downing of a U.S. drone in early summer, followed by the seizure of various oil tankers, and progressed most recently to an attack on Saudi oil facilities.

And what an attack it was.

It was perfect. Launched in the early hours of Saturday, September 14, the attack relied on drones and cruise missiles to destroy key components of Saudi oil processing facilities at Abqaiq. This reduced the Kingdom’s oil production by more than half while killing no civilians or Americans, blurring Iranian involvement, and paralyzing U.S. decisionmakers with respect to a response. The strike exposed the Saudi economy and royal houses as vulnerable to punishment at Tehran’s choosing. It was a brilliant plan, flawlessly executed.

The U.S. administration, frightened of precipitating a general war, limited its response to tighter sanctions on the Iranian central bank, tightening the financial noose into something closer to an economic blockade.

Given that Iran has even less to lose now, Tehran has little choice but to escalate. The team who took out the Saudi facility will be back to take another shot.

Indeed, one cannot help but wonder about the fire which engulfed sections of the $7.3 billion Haramain train station in the western city of Jeddah on Monday, Sept. 29. The cause was not immediately determined, but it would certainly fit the Iranian strategy as laid down here. The death sentence given to an alleged U.S. spy on October 1 would constitute yet another ratchet as Tehran looks to turn up the heat on the Trump administration.

Given the constraints on Tehran, the timing and targets of a follow-up strike can be reasonably surmised. If the Iranians intend to focus on Saudi oil operations, then Abqaiq remains the most attractive target, with the leading alternatives the Saudi crude export facilities at Ras Tanura or Ras al-Juaymah on the Persian Gulf, or perhaps a product tanker loading there. Tehran may alternatively try its hand with other Saudi infrastructure, but threats to the Persian Gulf oil trade will make the biggest impression in Washington.

Time is short. If too much time elapses before the next strike, Washington will brush off Tehran as lacking seriousness, as well as allowing Saudi Arabia to better prepare its defenses. Therefore, the next attack should occur within a six-week window, say, from mid-October to early November, with much to argue for a follow-up strike on Abqaiq as the designated target.

Iran might be expected to “rinse and repeat” this cycle until the Trump administration can no longer look the other way. On the outside, two more strikes should do the trick, a program which Tehran should be able to execute before Christmas.

Should the United States choose to respond with airstrikes on Iranian territory, Tehran would have the opportunity to attempt to close the Strait of Hormuz, or at least eliminate Saudi and UAE oil shipments from the Persian Gulf. According to a report from the Director of National Intelligence published this past January, the Iranians can call on a wide range of suitable weapons and tactics to this end:

Iran continues to develop, improve, and field a range of military capabilities that enable it to target U.S. and allied military assets in the region and disrupt traffic through the Strait of Hormuz. These systems include ballistic missiles, unmanned explosive boats, naval mines, submarines and advanced torpedoes, armed and attack UAVs, anti-ship and land-attack cruise missiles, anti-ship ballistic missiles, and air defenses.

We believe these systems can materially impede the flow of oil through the Persian Gulf for an extended period of time. Iran does not have to sink every ship, merely make the risk-reward trade-off unappealing for tanker owners. They will avoid the Gulf altogether if missiles start to fly.

The Strait of Hormuz is critical to the global economy. Twenty million barrels of oil—20 percent of the world’s oil supply—traverse the narrows every day. Saudi and UAE exports alone provide 10 percent of world oil consumption. Historically, major oil shocks have seen the global supply fall by 6 percent to 8 percent for a relatively short time, typically a few months. This has proved plenty to cause a global recession, usually within ninety days, and often within thirty.