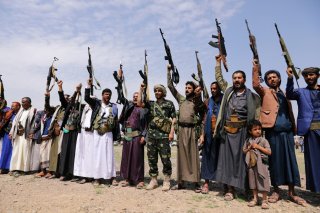 At least twenty-two people were killed and dozens more were injured in an attack at the airport in the Yemeni city of Aden on December 30. One explosion was heard shortly after a plane carrying Yemen’s newly-formed government arrived from Saudi Arabia. International aid workers, officials and journalists were among those killed.

Yemen’s Information Minister accused Iranian-backed Houthi rebels of this “cowardly terrorist act.” Yemeni Prime Minister Maeen Abdulmalik mirrored this sentiment in an interview with the Associated Press by stating “It is a major terrorist attack that was meant to eliminate the government. It was a message against peace and stability in Yemen.”

The new Yemeni unity government was sworn in five days prior to the Aden attack, ending months of violence and political rifts with southern separatists who are supported by the United Arab Emirates. The rift jeopardized the UAE’s relationship with Saudi Arabia that is fighting the Houthi rebels.

Yemen has been embroiled in a devastating civil war since 2014, when Iranian-backed Houthi insurgents seized control of Yemen’s northern Saada province. By 2015, the Shiite rebels took control of Yemen’s presidential palace, forcing President Abd Rabbu Mansour Hadi and his government to flee. Following the Houthi’s seizure of the palace, Saudi Arabia and eight other mostly Sunni Arab states in the Gulf began an air campaign in addition to economically isolating the rebels.  A military stalemate has followed for over five years, leading to over 100,000 fatalities and triggering the world’s most dire humanitarian crisis.

A variety of militant groups have taken advantage of the chaos in Yemen since the onset of the civil war. Fighters associated with al-Qaeda in the Arabian Peninsula, the Islamic State (ISIS) and other rogue proxies have entered the conflict by taking control of regions in Southern Yemen and perpetuating terror attacks.

Unsurprisingly, Iranian regime leaders have also tried to exploit the disorder in Yemen to their advantage. Iran would view a Houthi conquest over Yemen’s legitimate government as a victory, since regime officials seek to put allied Shia Muslims in power across the Middle East.

Since 2012, the Iranian intervention to support the Houthi rebels ranging from military aid to training and monetary assistance has increased significantly. In 2013, an Iranian gunboat carrying 40 tons of military equipment including rockets, surface-to-air missiles, and ammunition headed toward the Houthis was seized.

The Houthi assaults against Saudi Arabia coincided with the Iran-Saudi Arabia conflict. Houthi militants launched a series of ballistic missiles at Riyadh in 2018, one day after Saudi Arabia’s top ally—the United States—withdrew from the Joint Comprehensive Plan of Action (JCPOA) nuclear deal with Iran.

Although the Houthis denied carrying out the Aden airport attack, the group has conducted similar attacks in the past. In 2019, the Houthis launched a missile at a military parade in Aden, killing dozens. A few years prior in 2015, the Houthis fired a missile targeting Yemen’s then-Prime Minister Khaled Bahah and members of his cabinet. Iranian-backed proxies use similar tactics across the region, including Kataib-Hezbollah in Iraq and Hezbollah in Lebanon.

As Yemen’s newly instated Saudi-led government continues to take form, Houthi rebels will likely escalate attacks targeting its officials. The incoming U.S. administration is expected to be tough on Saudi Arabia. The Iranian-backed Houthis may be testing Joe Biden’s resolve if Saudi forces retaliate in the upcoming weeks.