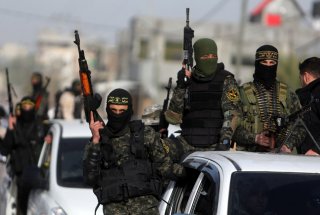 Following an outbreak of violence in the Gaza Strip over the weekend, the Israeli government and the Islamic Jihad militia group have agreed to a ceasefire, according to CNN.

The office of Israeli prime minister Yair Lapid announced the ceasefire on Sunday, thanking the Egyptian government for mediating between the two sides. The statement also warned that “the State of Israel maintains the right to respond strongly” if the truce is violated. Shortly after Lapid’s statement announcing the ceasefire, Islamic Jihad indicated that it would suspend hostilities as well. Although the terms of the ceasefire agreement were not released, Egyptian state-controlled media indicated in the run-up to the truce that Cairo had worked to secure the release of an Islamic Jihad fighter captured last week and obtain a guarantee of medical treatment for a Palestinian prisoner on hunger strike.

The truce comes after two days of alternating Israeli airstrikes on the Gaza Strip and Gaza-launched missile attacks into Israel. The responsibility for the violence remains contested; Tel Aviv has claimed that it launched the first strikes at known Islamic Jihad rocket launching sites and improvised weapons factories after learning of an imminent rocket attack, while spokesmen for Islamic Jihad have insisted that the Israeli strikes were unprovoked.

Although no Israelis were harmed over the weekend—thanks in part to Israel’s Iron Dome rocket interception system—hundreds of thousands of Israeli civilians in the country’s south were forced to take shelter during Islamic Jihad rocket attacks. Within the Gaza Strip, two Islamic Jihad commanders and forty-two other Palestinians, including fifteen children, were killed in the fighting.

Islamic Jihad, which the United States and the European Union consider a terrorist group, is the smaller of the two primary anti-Israel militias operating within the Gaza Strip. Unlike Hamas, which governs the territory and provides limited social services to Gazans, Islamic Jihad has never attempted to participate in electoral politics. It has also refused to recognize the Oslo Accords or accept the two-state solution, supporting the total destruction of Israel and the creation of a Palestinian state in its place.

The recent fighting in Gaza marks the most significant outbreak of violence since May 2021, when Israel and Hamas fought an eleven-day war concurrent with clashes between Palestinian protesters and Israeli security forces in East Jerusalem. Unusually, Hamas did not participate in the fighting over the weekend, although the group’s statements still accused Israel of instigating the conflict. The Palestinian Authority, which governs the West Bank but has little control over the Gaza Strip, also condemned Israel’s military response and urged the UN Security Council to hold Tel Aviv responsible for the violence.