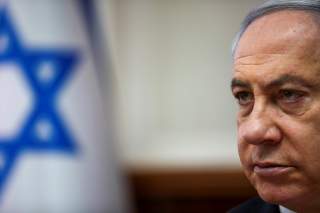 Israel announced that it would set aside special funds for medical equipment as its large army prepares to deal with the coronavirus outbreak that is rippling across the Middle East. The country plans to spend $14 million on medical equipment for the Israel Defense Forces (IDF), the Ministry of Defense said on March 11. This new development comes amid continued tension with Hamas in Gaza and Iranian-backed forces in Syria and Lebanon.

The funds will be used to fulfill an urgent need. “The acquisition is intended to support the defense establishment’s preparedness to cope with the COVID-19 virus and it includes: face masks, protective equipment for medical teams, medical technology and more,” a Ministry of Defense statement notes. It is the largest procurement of its kind since Operation Protective Edge in 2014. “The directorate has acquired face masks, gloves, personal protective equipment for medical teams, technology such as defibrillators and medical monitors, disinfectant materials and more. The procurement is based on the IDF’s demands in order to support its preparations for various scenarios.”

The need to beef up medical security comes as Iran’s threats continue and also as they may be mollified by Iran’s own coronavirus crises. An Israeli election on March 2, the third in a year, resulted in another hung parliament as the two largest parties, Benjamin Netanyahu’s Likud and Benny Gantz’s Blue and White, refuse to form a unity government. This leaves Israel without a government again.

Last month, Israel’s Mossad chief, Yossi Cohen, and IDF Southern Command Maj. Gen. Herzi Halevi met with Qatari officials to discuss Qatar’s continued funding for Hamas-run Gaza. Israel is trying to prevent a flare-up in Gaza after years of tension with Hamas. More than twenty-six hundred rockets have been fired from Gaza over the last two years. Israel carried out airstrikes in Gaza and Syria in late February against Palestinian Islamic Jihad (PIJ), an Iranian-backed Palestinian faction. Over forty-hours around eighty rockets were fired at Israel and 90 percent intercepted by Iron Dome. Hamas did not participate. This was likely due to the Qatari funding and Israel’s behind-the-scenes dealings that have kept Hamas on the sidelines in recent strikes against PIJ.

Hamas has been pushing a diplomatic offensive, as opposed to attacks, in recent months. Isolated and cut off by a maritime blockade and Israel’s efforts to stop its tunnels and rocket attacks, it has reached out to Turkey, Qatar, Iran, Malaysia, Lebanon, Algeria and other states in the last months. Hamas also sent a delegation to Moscow where Hamas leader Ismail Haniyeh met Russian foreign minister Sergei Lavrov.

This is the complex situation Israel finds itself in today. With Hamas relatively quiet and PIJ suffering blows from airstrikes, Israel concentrates its energy on Iran and Iranian proxies and allies such as Hezbollah. Israel has been pushing a new multi-year plan called “Momentum” and has established a special Iran-focused headquarters because of the Iran threat. Israel has been investing in F-35s and air defense as well as rapid modernization of maneuverable forces, drones, and new armored vehicles and artillery. This new Iran command will be commanded by a brigadier general. It will be similar to Israel’s Southern, Central, Northern and Home Front commands.

However, coronavirus concerns have been prompting Israelis to wonder whether a unity government would be a better fit to handle security threats. One of the things working in Israel’s favor, at the moment, are reports that the coronavirus is creating concerns for Iran’s regime and its allies. Lebanon is in grappling with a financial crisis and Hezbollah members may have been infected. Senior Iranian officials have also been affected by the virus. This did not stop Iran from sending the head of its Supreme National Security Council, Ali Shamkhani, to Iraq last week to try to push for the removal of U.S. forces.

In Israel, during that same week, the IDF said it would expedite the procurement of medical supplies to battle the coronavirus crisis. Deputy Director-General and Head of the Directorate of Production and Procurement in the Israel Ministry of Defense Avi Dadon said: We are working to ensure that the majority of the procurement will be carried out in Israeli shekels in order to support the Israeli economy during this period.