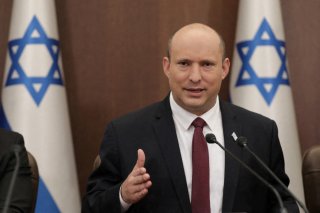 Israeli officials indicated on Monday that the government of Prime Minister Naftali Bennett would be dissolved in the coming weeks and new elections would be held in October or November. This will potentially allow Israeli opposition leader Benjamin Netanyahu to reclaim his position as prime minister after one year out of power.

Bennett’s eight-party alliance, which spanned Israel’s traditional left-right political divide and included an Arab party for the first time in the country’s seventy-four-year history, was largely formed as an ad hoc coalition to remove Netanyahu from power following his indictment on corruption charges. However, the parties within the alliance have continued to clash over domestic political issues, including the Israeli government’s response to violence at the Al-Aqsa mosque earlier in the spring and the killing of Palestinian-American journalist Shireen Abu Akleh, possibly by Israeli security forces. The decision to dissolve the government came after two lawmakers defected from Bennett’s coalition, leaving him with a minority of 59 seats in the 120-member Knesset.

Bennett’s office announced that the prime minister, along with coalition partner and Israeli foreign minister Yair Lapid, would present a vote to dissolve parliament in the Knesset, a formality that is almost certain to pass. After the government is dissolved, Lapid, who was originally slated to take Bennett’s office in 2023, will serve as caretaker prime minister until the fall elections.

If held as scheduled, the upcoming elections will be Israel’s fifth in three years, showcasing the deep divisions within Israeli politics and society. In addition to Israel’s traditional left-right divide, the country is split between secular parties and religious Zionist parties that seek to enshrine Orthodox Judaism within Israeli law and society. These parties, including Shas and United Torah Judaism, are traditionally regarded as allies of Netanyahu and make up most of Israel’s current political opposition, alongside Netanyahu’s Likud party. A smaller faction consists of the Arab parties of the Joint List, which hold varying political stances but largely remain opposed to both Netanyahu and Bennett.

No party or alliance of parties is likely to secure a majority following the next elections, complicating the ability of any faction to form a government. If a prospective prime minister does not secure the support of sixty-one lawmakers within a set period of time, the Knesset is dissolved and another election is held—a process that took place three times before the formation of the Bennett government in June 2021.