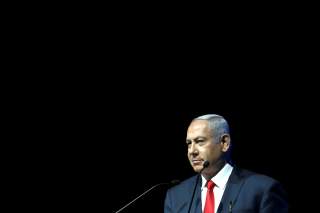 The Israeli daily Haaretz recently portrayed Israeli prime minister Benjamin Netanyahu this way: “Call it irony or call it inevitability, this man who has spent every waking minute of the last decade warning Israelis about the dangers of the Iran of the ayatollahs and the Revolutionary Guard, also spent that same time turning Israel into the Iran of the Rabbinate and the rogue settler.”

Netanyahu has now capped his achievements by getting the Knesset to pass a law that defines Israel as the homeland of the Jewish, not Israeli, people. While this may be consistent with the original Zionist idea propounded before the massive migration of European Jews to Palestine and the eventual creation of the Israeli state, it has grave implications now that Israel is firmly established as a territorial nation-state with a sizable non-Jewish population.

Israel has always struggled with the dual pulls of presenting itself as a typical nation-state that belongs to all Israelis regardless of race or religion and the strong Zionist aspiration to act as the homeland of the Jewish people no matter where they live. State-sponsored Jewish immigration, the “law of return” applicable only to Jews, and the denial of the right to return to Palestinian refugees and their descendants, were all products of this latter urge. The dilemma was exacerbated because of the continued occupation of Palestinian territories since 1967 that has led to official projections that soon there will be as many Arabs as Jews in the land between the Jordan River and the Mediterranean Sea.

Nonetheless, for a time it appeared that the compulsions of acting like a responsible member of the state system built on the territorial principle had tamed Israel’s extra-territorial aspirations and forced it into behaving like a “normal” state. The passage of the latest law has proved that such assumptions were wrong and that the extra-territorial Zionist impulse has finally won out. This law makes Israel the mirror image of the concept of the Islamic caliphate which was expected to embrace all Muslims and to which all Muslims—no matter where they lived—were expected to be loyal. It is interesting to note that most of the Muslim world, except for outliers like the ISIS and the Hiz-ut-Tahrir, have given up this goal and adjusted to the nation-state system based on the territorial principle.

It is ironic that Netanyahu and his allies have now come to wear the mantle of the caliphate that is expected to embrace all Jews and demand their unflinching loyalty. Such a blatant departure from the territorial principle is likely to make Israel not only an outlier in the international system but seriously erode its legitimacy as a nation-state, under challenge from its very foundation, in the eyes of its peers.

The passage of the latest law is bound to exacerbate the problem that Jews living outside of Israel face; namely, how to reconcile their affinity with Israel with their loyalty to the states in which they reside. With the recent resurgence of anti-Semitism in Europe the new law compounds the problem faced by European Jews making them easier targets for right-wing and neo-Nazi elements in these countries. More importantly, it adds to the common European’s suspicion regarding Jewish loyalty making him/her more susceptible to accepting anti-Semitic arguments.

Ostensibly, the situation may not be as bad in the United States today. However, the ascendancy of the right under Trump makes one wonder how long the lurking anti-Jewish feeling among this constituency will remain an underground phenomenon and not become overt in the political arena and force American Jews into an untenably defensive position. This is likely not merely to impact their security as an ethnic group but also vastly reduce the clout of the pro-Israel lobby in the American political system. The influence based on the perceived legitimacy of this lobby is essential for Washington’s unqualified support to Israeli policies even when they conflict with American interests in the Middle East.

The impact on Israel’s domestic situation is likely to be very severe as well. The declaration of Israel as the homeland of the Jews automatically excludes Israeli Arabs from the sphere of full citizenship. While this may have been the case in practice from 1948, this law makes discrimination against more than a fifth of the Israeli population legal. On the obverse side, it means that the Israeli state can no longer make a rightful claim on the loyalty of its Arab citizens. This would turn the assertion made by Jewish extremists that Arabs in Israel are a fifth column for its enemies into a self-fulfilling prophecy.

The Jewish homeland law can have major regional implications as well. It is likely to make the prospect for peace with the Palestinians even more remote than it is now. It will put states like Saudi Arabia that are interested in normalizing relations with Israel in a very uncomfortable position and will vindicate the arguments, especially those made by hardline Iranian leaders, that Israel is an alien construct in the Middle East and has no right to exist in the region.

Creating a Caliphate by the stroke of the pen may appear easy. Sustaining it against multiple hazards, as Abu Bakar al-Baghdadi realized to his detriment, is a much more difficult task.

Mohammed Ayoob is a senior fellow at the Center for Global Policy in Washington, DC and University Distinguished Professor Emeritus of International Relations at Michigan State University.

This first appeared in The Hindu.