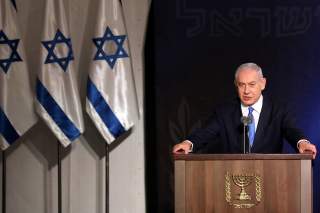 Much of the international response to President Donald Trump’s plan to resolve the Israeli-Palestinian conflict peace plan, which he dubbed “The Deal of the Century,” has been dismissal or just plain confusion. No one really knows what exactly is going to be in that peace proposal, perhaps, some suspect, not even Trump’ senior advisor Jared Kushner and members of his team who supposedly authored the plan.

One of the places where the Deal of the Century seems to be taken seriously is in Israel, where the outcome of the Knesset’s (parliament) elections on September 17 could have a major effect on whether the Trump administration’s Middle East diplomacy would even take off.

The issue of Trump’s peace plan has not been raised at all during the current election campaign. In fact, none of the major political parties have placed their positions on dealing with the conflict between Israelis and the Palestinians, and in that context, the Israeli occupation of the Palestinian territories is on the top of their agenda as they try to win the support of the electorate.

The reason for this attitude of benign neglect towards what once was considered to be central to determining the future of the Jewish state is quite simple: there are no major ideological or policy differences between the two leading Zionist blocs—the right-wing Likud Party and the center-left Kahol Lavan (Blue & White) headed by former army chief of staff, retired General Benny Gantz—over the issue. That is very much in contrast to the past when Israeli politics was dominated by the debate over attitudes towards the Palestinians.

Indeed, since the 1967 Middle East War, whether an Israeli belonged to or identified with the political left depended very much on one’s agreement with the position that Israel should withdraw from the occupied West Bank and Gaza Strip and agree to the establishment of an independent Palestinian state in exchange for peace. If you accepted the formula of territories-for-peace and Palestinian independence you belonged to the political left; opponents were labeled as rightists or conservatives.

From that perspective, Israeli politics has gone through a dramatic transformation in recent years. The aftermath of the military withdrawal from the Gaza Strip that brought Hamas to power and a series of failed attempts to negotiate a deal between Israelis and Palestinians, starting with the collapse of the so-called Oslo Process and the most recent one that took place under the auspices of the Obama administration, had a profound effect on Israeli politics.

Opinion polls indicate that a majority of Israeli Jews remain skeptical about the prospects of reaching an agreement that would satisfy minimal Israeli demands of de-militarizing the Palestinian state, retaining Israeli control over Jerusalem and its holy sites and rejecting the return of Palestinian refugees to Israel proper.

The notion that maintaining the current status quo is a more realistic option than trying to revive the peace process has gained even more support in the face of rising cooperation between the Arab world and Israel. The perceived marginalization of the Palestinian cause in Saudi Arabia and other Sunni Arab states—which have begun seeking cooperation with Israel against Iran, a common strategic enemy—has not been lost on the Israeli polity.

Moreover, President Trump’s decisions to recognize Jerusalem as Israel’s capital, relocate the American embassy there from Tel Aviv, and side with the Israelis on other issues has compounded with the burgeoning Israel-Sunni-Arab détente to signal that the Palestinian problem has ceased to dominate the international agenda. This state of affairs seems to have relieved the American pressure on Israel to pursue a more conciliatory approach towards the Palestinians.

These developments on the foreign policy front together with demographic changes like the growing power of the electorate’s more traditional and nationalist segments have helped strengthen the Likud and its allies, including the parties representing the ultra-orthodox Jews and immigrants from the former Soviet Union.

The result has been that an electorate divided into two major political blocs—Likud and Kahol Lavan—that may represent different demographic groups and cultural orientations but that agree that the status quo in the occupied territories will not change any time soon. In fact, much of the debate during the current election campaign centered not on the Israeli-Palestinian conflict but on the political future of Benjamin Netanyahu who has been under investigation by Israeli police and prosecutors for a number of alleged corruption scandals, culminating in the attorney general announcing his intent to file indictments against him in 2019. Kahol Lavan’s leaders have insisted that Netanyahu should not serve as a prime minister unless he is exonerated by the courts.

At the center of Likud’s electoral base, a center-right political party, are Mizrahim, Jews of Middle Eastern ancestry who adhere to more traditional and nationalist values, and who reside in the peripheral southern and northern parts of the country where they are mostly employed in the manufacturing and agricultural sectors.

Kahol Lavan, on the other hand, is a center-left political party whose voters include educated and professional secular Jews of Ashkenazi ancestry. They are typically employed in the advanced service economy and are concentrated in the modern urban centers along Israel’s coastal plain. Their unofficial capital is the state of Tel Aviv, as critics on the right refer to the city with its left-leaning, Westernized residents where not a week passes without another gay pride march.

That is Israel’s version of the U.S. red states vs. blue states with the electorate split almost in the middle in a dead-heat parliamentary race, with the Likud and Kahol Lavan each winning between 29 percent to 31 percent of the vote.

Until recently, Netanyahu had an open advantage over Kahol Lavan when it came to forming a coalition of more than sixty seats in the 120-member Knesset, since the right-leaning ultra-Orthodox religious parties and Yisrael Beiteinu (Israel Our Home)—which represents immigrants from the former Soviet Union—were more inclined to cooperate with Likud.

But following the last parliamentary election in May this year, Avigdor Lieberman, the head of Yisrael Beiteinu, announced that he would not sit in a cabinet with the ultra-Orthodox religious parties, reflecting the sentiments of the mostly secular Russian immigrants. That move deprived Netanyahu of the majority he needed in order to form a coalition, and triggered a new election.

Lieberman, whose party is expected to win between ten to twelve seats in the Knesset, continues to insist that the ultra-Orthodox religious parties should not be included in a new coalition; playing the role of a potential king maker, he is calling for the formation of a national unity government led by Likud and Kahol Lavan.

That seems to be the most likely post-election scenario and one that Netanyahu would prefer over a narrow coalition government with the ultra-Orthodox lawmakers and a few small nationalist parties. Netanyahu considers a coalition with Gantz and the several other retired generals who head Kahol Lavan as the most effective way to counter potential diplomatic pressures from the White House during the last year of what could be President Trump’s only term in office.

Both fans and detractors of the Trump-Netanyahu duo have assumed that the close personal ties and diplomatic romance between these two controversial nationalist leaders ensure that the relationship between Israel and the United States would continue to blossom.

But the cold and calculated Netanyahu, a master of the art of realpolitik, has probably followed closely the dramatic changes in the relationship between the United States and North Korea that helped transform the world’s evilest dictator into a pen pal of Trump. The lesson learned was that unless you are a member of his family, the president would not hesitate to throw you under the bus if he feels that you are working against his personal and political interests.

That means that Trump would not hesitate to launch a tweet attack against his BFF “Bibi” if the Israeli prime minister challenges his positions on, say, when it comes to his Deal of the Century or on a possible American détente with Iran (i.e., “After all the things I did for Israel #U.S/ Embassy/Jerusalem and #Golan Heights is this how you repay me, Bibi? SAD”).

Much of the speculation regarding Trump’s Middle East peace plan centered on the expectation that the Palestinians would refuse to join the talks, proving once again their intransigence, and thus give an excuse to the Sunni Arab states to turn their relationship with the Jewish state into a full-blown military alliance.

But then what happens if the Saudis and the Arab Gulf states succeed in getting the Palestinians aboard the peace train by pressing Trump to embrace their Arab Peace Initiative? Who will then win Trump’s ear, Bibi or Saudi Crown Prince Mohammed bin Salman? A U.S. president obsessed with his legacy and proud of his negotiating skills may decide that Israel needs to make more concessions to the Palestinians.