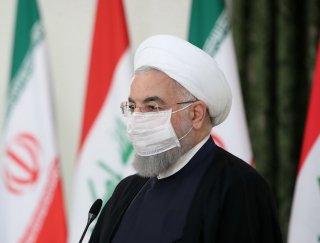 Last month, Israeli prime minister Benjamin Netanyahu met with U.S. Special Representative for Iran Brian Hook, urging him to invoke the United Nations “snapback sanctions” and finally end the Iran deal, in response to the Iranian regime’s nuclear violations and aggression. This move would be both legally and politically sound.

“Snapback sanctions” refers to UN Security Council resolution (UNSCR) 2231—the UN’s official endorsement of the Joint Comprehensive Plan of Action (JCPOA) concluded between China, France, Russia, the United Kingdom, the United States, and Germany (P5+1) and Iran. Together the JCPOA and UNSCR 2231 codify the terms of the Iran nuclear deal.

For ten-plus years, Iran committed to nuclear concessions that kept them roughly a year away from generating enough weapons-grade uranium to produce a nuclear bomb. In exchange for their supposed compliance, the P5+1 committed to reintegrating Iran into the global economy.

This reintegration took the form of the UN lifting long-time sanctions via UNSCR 2231, including on non-nuclear issues: within five years, the embargo on conventional Iranian weapons would be lifted; within eight years, the ban on Iranian ballistic development and limitations on nuclear centrifuge capabilities would be eased; and within ten years, all remaining U.N. prohibitions and sanctions would expire.

Meanwhile, the United States would ease its most powerful secondary sanctions against the Iranian regime, sanctions related to trade, as well as those related to terrorism, money laundering, ballistic missiles, and human rights violations.

From the outset of negotiations, such vast concessions were difficult to sell to a wary Congress, and in response, Obama administration officials promised that any final deal would include language permitting the United States to unilaterally restore all forfeited sanctions.

Restoring U.S. sanctions would be politically difficult, but it would be legally straightforward: the president would simply restore the sanctions.

The snapback mechanism, embedded in paragraphs ten through fifteen of UNSCR 2231, wrote this ability into the resolution. Per the language in resolution 2231, any “JCPOA participant state” is eligible to invoke the snapback if it believes another participant state’s behavior amounts to “significant nonperformance.”

All those eager to pass the deal emphasized the unilateral snapback through their infamous media echo chamber, with the New York Times even publishing an explainer titled, “‘Snapback’ Is an Easy Way to Reimpose Iran Penalties.”

Given the Trump administration seems to be seriously considering the possibility of the snapback, that same coalition now insists the mechanism is defunct. They argue that the United States is no longer a “JCPOA participant state” and that Iran is not in “significant nonperformance,” though the latter accusation holds little water since Iranian officials have begun openly flaunting their JCPOA violations.

This past December, at the behest of Senator Ted Cruz, the State Department released language from an internal legal opinion defending the lawfulness of the snapback’s invocation, citing the plain meaning of the resolution’s text.

Indeed, paragraph ten of resolution 2231 explicitly defines “JCPOA participants” when it “[e]ncourages China, France, Germany, the Russian Federation, the United Kingdom, the United States, the European Union (EU), and Iran (the ‘JCPOA participants’) to resolve any issues arising with respect to implementation of JCPOA commitments through the procedures specified in the JCPOA.”

As the memo argues, the term “JCPOA participant state” is a term of art referring to the original negotiators of the agreement, which included the United States—a notion uncontroversial to the most basic of contract interpreters.

But there are sound political reasons for invoking the snapback too, as echoed here by Cruz last September. Washington’s “maximum pressure” campaign against Iran will be severely weakened by the impending expiration of various UN sanctions. If the primary goal is reducing Iran’s hegemonic and violent ambitions in the Middle East or even possibly regime change in Iran, these sanctions are critical for maintaining pressure on Tehran.

The most glaring sanction scheduled to expire is the arms embargo this October, which would allow Iran to purchase highly advanced military weaponry, such as fighter jets, tanks, and warships, thereby escalating its violent proxy wars across the Middle East.

Furthermore, the mechanism has a limited shelf-life. Per paragraph eight of resolution 2231, the power to invoke the snapback expires in year ten of the JCPOA or in October of 2025, meaning the Trump administration’s decision to trigger the snapback would capitalize on perhaps one of the last opportunities for invocation.

Once the mechanism expires, the sanctions terminated in resolution 2231 can no longer be resurrected. For instance, to enforce an arms embargo against Iran again would require a new UNSC resolution, an impossibility, given the veto power of Russia and China.

A failure to invoke the snapback would effectively terminate any genuine hope of a multilateral sanctions regime in the near future. If we are serious about containing Iran, doing so demands the United States invoke the snapback.

Erielle Davidson is a Senior Policy Analyst at the Jewish Institute for National Security of America’s (JINSA) Gemunder Center for Defense & Strategy.