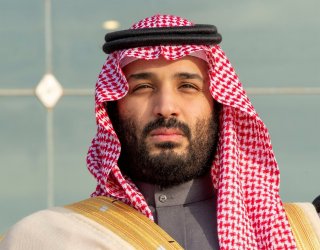 On March 1, U.S. Department of State spokesman Ned Price said U.S. policy towards Saudi Arabia would undergo “a recalibration…not a rupture,” reaffirming a stark shift from President Joe Biden’s former “pariah state” rhetoric and seemingly rejecting any notion of a reset in U.S.-Saudi relations. The statement, which followed the release of an Office of the Director of National Intelligence (ODNI) report implicating Saudi Crown Prince Mohammad bin Salman (MbS) in the murder of U.S. resident Jamal Khashoggi, is disappointing because it continues the prior U.S. policy of prioritizing geopolitical interests over Saudi Arabian human rights abuses. “Recalibration” in this context should not be confused with a relevant sense of criticism regarding Saudi policy. Rather, it predominately signals a return to the pre-Trump status quo and is a missed opportunity that will now only minimally shift Saudi behavior.

To be sure, the advent of the Biden administration and its open criticism of Saudi actions has produced shifts in Saudi policy during its short tenure that are worth noting. World leaders and human rights advocates should applaud gains in textbook reforms and the release of political prisoners such as Loujain al-Hathloul. However, such gains are incomplete and do not reflect a permanent shift in Saudi leadership behavior in support of human rights values—values that need to be institutional and sweeping.

Saudi Arabia’s response to the released ODNI report offers a glimpse of why Saudi reforms or accountability lack sincerity. The Saudi Ministry of Foreign Affairs immediately refuted the ODNI findings, arguing in an official statement: “Saudi Arabia rejects the negative, false and unacceptable assessment in the report pertaining to the Kingdom’s leadership, and notes that the report contained inaccurate information and conclusions.” Riyadh went so far as to garner the support of each Gulf Cooperation Council member, outside of Qatar, in solidarity with perceived injustices against its leadership’s reputation.

The statement falls in line with other Saudi actions which reflect a general indifference for sweeping human rights violations. This is most prevalent in Yemen, where the MbS’ Saudi-led coalition continues to perpetuate economic and military warfare on innocent civilians via an air, land, and sea embargo that is starving millions. While it is not alone in gross human rights violations in this conflict, Saudi actions play an outsized role in the suffering of the Yemeni people today.

Of equal importance is the continued suffering of those imprisoned and tortured to this day in Saudi prisons, as well as the lack of reconciliation for those freed by the so-called good graces of the kingdom. Not only does Riyadh hold political prisoners incommunicado, in violation of international humanitarian law, but it continues to repress those it has released with arbitrary probationary periods that institute further violations such as travel restrictions. These actions have not decreased in the slightest under MbS’ de facto rule.

Each of these actions by Saudi Arabia under MbS’ stewardship reflects that of a state and leader willing to act with impunity to silence critics and commit atrocities with the goal of advancing self-interest regardless of the human rights implications. Yet while the Biden administration certainly must realize this reality, it has chosen to toe the line of past administrations and look the other way due to so-called competing geopolitical interests.

This is not to suggest that the decision regarding the punishment of a de facto leader of a G20 country in a region strife with complex issues is an easy one to make. The Biden administration does correctly see Saudi cooperation as critical to resolving geopolitical issues, ranging from peace in Yemen to wider regional security arrangements that promote integration and ease hostilities with Iran. However, the importance of Saudi cooperation on such issues should not allow for a blank check on human rights abuses—one that symbolic rhetorical bomb tossing in a four-page ODNI report might as well offer when presented on its own.

Ultimately, the Biden team is playing an incredibly difficult balancing act in this situation. From the administration’s viewpoint, there is a benefit to attacking Saudi Arabia’s reputation as MbS values his kingdom’s position in the world and wants to attract investment and attention to his ambitious Vision 2030 modernization plan. The ODNI report does this quite well and its release should be applauded. However, more can and should be done to continue attacks on Saudi Arabia’s reputation to truly shift its behavior in positive ways that support humanitarian and U.S. interests.

Unfortunately, this balancing act will not tip the scale in such positive ways. The Biden administration could have used the Magnitsky Act, which authorizes the U.S. government to sanction those it sees as human rights offenders, freeze their assets, and ban them from entering the United States, to lay down harsher punishment on MbS. This is not to suggest that symbolic sanctions work in this case—or most cases—but rather that a travel ban on MbS would inflict significantly more personal and reputational harm than the ODNI report alone. Additionally, such a decision would have not only signaled to Riyadh that human rights abuses are unacceptable in all instances but reiterated the true nature of the U.S.-Saudi relationship: one in which the United States holds significantly more power and control.

Still, recognizing the importance of Saudi Arabia to regional issues, such a decision could have been instituted and later lifted under specific conditions. For example, the Biden administration could have conditioned the lifting of travel restrictions and certain economic investment initiatives in line with Vision 2020 in exchange for judicial reforms, the release of political prisoners, and assurances that international assassination campaigns will end. Ultimately, such decisions can and should still be made in line with Biden’s campaign promises to hold Saudi Arabia accountable for its actions.

Unfortunately, the Biden administration missed an opportunity to make real progress on human rights and other regional issues in this case. In attempting to balance multiple issues at once, the administration rather chose to enable an autocrat and his murderous intentions.

Alexander Langlois is a Contributor for the Diplomatic Courier and freelance writer covering MENA diplomacy, peace, and conflict topics at the intersection of global governance. He holds an MA in International Affairs from American University’s School of International Service.

Saudi Arabia is More Afraid of Jamal Khashoggi than Iran