Joe Biden Will Be America’s Most Pro-Kurdish President 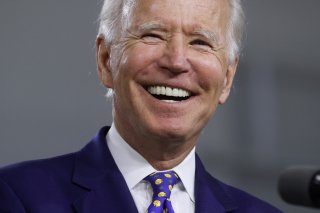 In contrast, Biden remained on very good terms with Masoud Barzani and the KRG, whom he and Obama hosted at the White House in 2015. During Biden’s final trip abroad as vice president, Barzani referred to him as “a friend of the Kurdistan nation” when they met at the Davos World Economic Forum.

The limits of Washington’s support for the KRG became apparent when Baghdad launched a brief military offensive to retaliate for Barzani’s decision to hold a referendum on Kurdish independence from Iraq. Biden did not criticize the Trump administration’s passivity, although this may only have reflected the tradition of former presidents and vice presidents remaining mostly silent on political affairs. However, in late 2017, Biden did comment he wished the United States “could have done more for the Kurds.” When asked why he did not do more as vice president, he responded “Turkey.” This echoes his 2007 warning to Iraqi Kurdish leaders against pursuing independence, since “You will be eaten alive by the Turks and the Iranians, they will attack you, there will be an all-out war.”

Biden offered more full-throated support of America’s Kurdish partners in October 2019, when Trump’s withdrawal of U.S. troops from parts of Syria’s northern border gave Turkey and its Syrian Islamist proxies a green light to launch an offensive against the SDF. Biden wrote that Trump “sold out the Syrian Democratic Forces—the courageous Kurds and Arabs who fought with us to smash ISIS’s caliphate—and he betrayed a key local ally in the fight against terrorism.” Antony Blinken, a senior foreign policy advisor for Biden’s presidential campaign, also bemoaned the lack of American presence in Syria and the abandonment of the Kurds.

While Biden clearly supports those Kurds who have been Washington’s partners over the years, his public remarks do not indicate that he has grappled with the dilemma of the Kurds as a people, divided geographically between four sovereign states and politically between a wide array of interlocking factions. In this sense, Biden’s greatest blind spot concerns the Kurds of Iran. Biden has never spoken up in their defense despite Tehran’s oppression; the only time the Obama administration dealt with an Iranian-Kurdish issue was in 2009 when it named the anti-regime Free Life Party of Kurdistan (PJAK), an affiliate of the PKK, as a terrorist organization. Given his previous support for federalism in Iraq, Biden may sympathize with Iran’s Kurdish population, whose political parties overwhelmingly support federalism in Iran. Yet any support for the Iranian Kurds, or human rights in Iran more broadly, may depend on the firmness of Biden’s commitment to reverse Trump’s maximum pressure strategy and rejoin the 2015 nuclear deal.

Similarly, if Biden is determined to advocate for the Turkish, Syrian, and Iraqi Kurdish communities, he will have to navigate Washington’s complex relations with Ankara and Baghdad, along with a hostile regime in Damascus. To succeed, Biden would have to persuade Ankara and Baghdad to perceive him as a partner capable of helping with their respective Kurdish problems as opposed to a suspect Kurdophile who needs to be restrained until the end of his mandate. This may prove difficult especially given the Turkish government’s knee-jerk reaction to anything it perceives as strengthening the idea of Kurdish self-rule in the region. Ultimately, the real test of Biden’s pro-Kurdish sentiments will be whether the need to maintain pragmatic cooperation with Ankara and Baghdad will ultimately force him to temper his commitment to the Kurds that the mountains are not their only friends.

Aykan Erdemir is a former member of the Turkish parliament and senior director of the Turkey program at the Foundation for Defense of Democracies. @aykan_erdemir

Philip Kowalski is a research associate of the Turkey program at the Foundation for Defense of Democracies. @philip_kowalski