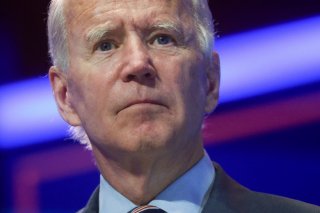 If Joe Biden secures the presidency, one of the first foreign policy decisions he will face is on Iran. Some observers have argued that Biden should not rush, and that pressure will necessitate Iranian negotiation eventually in the months and years ahead. For a comprehensive deal addressing the myriad of issues at stake in the relationship, initial caution may be wise. However, there is almost certain to be a timebound window in which Biden can save the 2015 nuclear deal or Joint Comprehensive Plan of Action (JCPOA). It is critical that Biden seize that window and follow through on his commitment of a mutual U.S. and Iranian return to the JCPOA, lest he be forced to start new negotiations from scratch or be locked into a failing Trump approach that has led to an expanding Iranian nuclear program and brought America and Iran to the brink of war twice.

Trump’s foolhardy decision to withdraw from the deal and impose a series of escalatory sanctions eventually convinced Iran to halt its own adherence to the accord in May 2019. Since that time, Iran has slowly but consistently breached the JCPOA’s limits while continuing to participate in the accord. As a result, Iran’s breakout time—the time it could produce sufficient fissile material for a single nuclear weapon if it chose to do so—is now down from over twelve months with the JCPOA to roughly three to four months. Thus, Iran has effectively restored much of its own nuclear leverage in anticipation of future negotiations. However, still to this day, Iranian authorities publicly confirm that they will return to full compliance with the JCPOA if and when the United States returns to its commitments.

If Biden is elected, he should seek to restore the JCPOA baseline, moving Iran’s nuclear program back to the twelve-month breakout timeline and preserving the option for follow-on negotiations. But if Biden fails to pursue this, or efforts to restore the JCPOA fall apart due to either side over-complicating a clean mutual return to compliance, Iran would be sure to play the nuclear cards it has remaining. Iran could resume enrichment to 20% or higher, reduce its cooperation with International Atomic Energy Agency inspectors, formally withdraw from the JCPOA and declare its intention to withdraw from the Non-Proliferation Treaty. With the focus on an incredibly robust domestic agenda to deal with the coronavirus, a Biden administration should be eager to keep its initial Iran negotiations simple and restore the JCPOA to forestall such an avoidable crisis.

Some have argued that a quick return risks squandering leverage built under the Trump administration, which badly misreads the current state of affairs. Such arguments mistake pressure for leverage and fail to grasp the fundamental lesson of the successful 2013-2015 nuclear negotiations, in which the U.S. willingness to compromise on the question of enrichment and the cohesion of U.S. and world powers ultimately yielded a breakthrough. Trump’s approach has destroyed America’s credibility, fractured any international consensus on Iran, and raised the domestic political cost for Iran’s leaders to be able to consider further compromise. Thus, American leverage over Iran is lower than any point in recent memory.

Similarly, Iran’s domestic politics provide further clarity on the need for urgency. With Supreme Leader Ali Khamenei consistently expressing skepticism toward engagement, the ultimate failure of the JCPOA under Rouhani—who expended considerable political will to secure the agreement —would risk breaking the fragile Iranian domestic consensus that supported the nuclear negotiations and deterring future administrations from engagement. After the June elections, a Biden administration could be forced to deal with a future Iranian President and nuclear negotiator in the mold of Mahmoud Ahmadinejad and Saeed Jalili, who were a particularly vexing and toxic combination for U.S. diplomats. While such an outcome wouldn’t eliminate the possibility of follow-on negotiations in the second half of 2021 or beyond, it should provide urgency for a Biden administration to save the JCPOA under Rouhani and Zarif.

Even if another flexible administration secures the Iranian presidency, the U.S. withdrawal from and ultimate discarding of the JCPOA would strengthen Iran’s hand to insist on changes to guard against U.S. bad faith. UN Security Council snapback would assuredly be off the table, for example, whereas it could be saved through a clean return to the JCPOA. Additionally, with oil prices low and international businesses feeling risk-averse, the United States may have to put more relief on the table to get similar levels of Iranian concessions. Given all these factors, starting from scratch would be a considerable undertaking with success far from assured.

Debate over the fate of the JCPOA also often discounts the views of all other parties to the agreement. To downplay the urgency of a U.S. return to the JCPOA would mean discounting the views of America’s European allies, who continue to view the JCPOA as a model of multilateral diplomacy and who have expended considerable diplomatic energy to sustain it. Should the JCPOA collapse, Russia and China will again need to be brought into the fold to finalize a resolution, adding to a growing list of fault lines between the three world powers. Likewise, even if the United States could extract additional concessions from the Iranian government through a continuation of maximum pressure, which should be gravely in doubt after Trump’s radical experiment, doing so would be at the expense of Iranians who have for decades seen their economic and political hopes wither in the vice of U.S. and Iranian geopolitical tension.

Given the timebound window for the JCPOA, a potential Biden administration must act urgently to rejoin the agreement and prevent its collapse. The agreement was the most significant diplomatic breakthrough between the United States and Iran over the past four decades. Given the turbulent history of U.S.-Iran relations, it would be a mistake to assume that the stars will align again if the agreement slips away.