Jordanian Prince Steps Down One Year After Arrest for Coup Plot 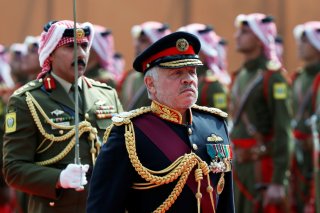 Hamzah bin Hussein, a member of Jordan’s Hashemite royal house and the country’s crown prince from 1999 to 2004, announced on Sunday that he had relinquished his royal status over an internal dispute with his older half-brother, King Abdullah II.

The former prince made the announcement via a letter on Twitter, explaining that he had foregone his title because of a difference in values with the king.

“Following what I have witnessed in recent years, I have come to the conclusion that my personal convictions, which my father instilled in me and which I tried hard in my life to adhere to, are not in line with the approaches, trends, and modern methods of our institutions,” the prince wrote. “From the matter of honesty to God and conscience, I see nothing but to transcend and abandon the title of prince.”

Hamzah insisted that his time as prince had been an honor, adding that he would remain “loyal to our beloved Jordan.”

Hamzah and Abdullah are both sons of King Hussein, who governed Jordan from 1952 until his death in 1999. The current king is the son of Hussein’s second wife, Princess Muna, while Hamzah is the son of his fourth wife, Queen Noor, who survived her husband and continues to play a major role in Jordanian royal politics. Hamzah was ultimately replaced as crown prince by Prince Abdullah bin Hussein, the king’s eldest son.

Hamzah has not appeared in public since early 2021, when he was arrested by the Jordanian government along with roughly twenty other Jordanians for allegedly participating in a “foreign-backed” plot to cause unrest within the country. The former prince has remained under house arrest in the year since the plot’s unraveling, although he admitted to and apologized for his participation in March—a step that many observers speculated could have been the start of an attempt at reconciliation with the king.

The disturbances in mid-2021 took many observers by surprise, as Jordan is usually regarded as peaceful and stable, unlike neighboring Syria and Iraq. Although Jordan has experienced problems of its own, including a refugee crisis from the neighboring wars and protests over poverty and socioeconomic inequality, the king has remained personally popular, and the government was lauded for its successful approach to combating the COVID-19 pandemic in 2020 and 2021.

The Jordanian government did not comment on Hamzah’s abdication as prince.