The Kurdistan Region in Iraq tries to Balance Turkey, Iran and the United States 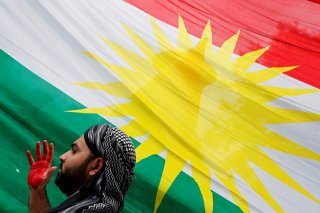 The autonomous Kurdistan Region of Iraq sits at a crossroads. To its south is Baghdad, where Iranian-backed rogue militias have fired dozens of rockets at facilities housing U.S. troops. To its north is Turkey, a member of NATO, which has been carrying out operations against Kurdish militants in the mountains of northern Iraq. To its east is Iran, which has also fought a low-level Kurdish insurgency and which opposes the continuing U.S. role in Iraq. As if those weren’t enough problems, the region also has Syria to its northwest where there are questions whether the U.S.-led coalition will remain.

In some ways, this crossroads is simply a matter of the geography that has tended to imprison Kurdish aspirations for greater independence for more than a century. Over the past few years, however, have witnessed extraordinary changes in the Middle East, as the Islamic State was mostly defeated and U.S.-Iran tensions have grown. This makes the stability of the Kurdistan Regional Government (KRG) essential for policymakers in Washington and Ankara, and also leads to attempts to undermine that stability by other groups and actors.

Three years ago, the Kurdistan region held an independence referendum, which was opposed by the region’s neighbors and by Washington. It led to Baghdad isolating the Kurdish leadership. In 2020, the situation is back to normal on the surface. However, the coronavirus crisis and the U.S. handover of more than a half dozen posts, including on the borders of the Kurdistan region, has major ramifications.

To address those concerns, the president of the Kurdistan region, Nechirvan Barzani has been doing shuttle diplomacy that looks like a rush of activity to shore up the region’s numerous challenges. On September 2, Barzani met French President Emmanuel Macron in Baghdad. They discussed bilateral ties with France and Paris said it would continue to support the region’s efforts to resolve disagreements with Baghdad. This latter point is important because since the 2005 constitution in Iraq the Kurdish region hasn’t received its share of the budget and disputed areas, such as Kirkuk, have not been properly managed. Western officials sometimes dismiss these gripes, pointing to the region’s success and its lack of progress on reforms.

Barzani also met the speaker of Iraq’s parliament, the UN representative to Iraq, and the new prime minister of Iraq, Mustafa al-Kadhimi. Days later the regional president flew to Ankara in Turkey where he brought a delegation to meet with Turkish President Recep Tayyip Erdogan and other counterparts. While some have surmised that this was simply a Turkish play to balance France’s meetings with the Kurds, because Turkey and France oppose each other in the eastern Mediterranean, there appears to be much more to the meeting.

Turkey is the major and energy partner for the autonomous region. During the height of the war on ISIS, when Erbil was largely cut off from Baghdad, Turkey was not only an economic lifeline but also a cultural and military link. For instance, Turkey built a controversial base near Bashiqa to support the Kurdish Peshmerga against ISIS. I visited that base in 2016 and saw the extensive work Ankara was doing to train locals who were from Mosul and also the efforts Ankara was doing to counter ISIS mortars and threats. This was only one of a growing number of posts and bases that Turkey has established in the mountains of Kurdistan to fight the Kurdistan Workers Party (PKK).

It’s important to understand here that the PKK once had a ceasefire with the governing AK Party of Turkey. That ceasefire broke down in 2015 and set Turkey on a course to invade Kurdish areas of Syria, crackdown on Kurds in Turkey and also increase its operations in Iraq. The leading party of the Kurdistan region in Iraq is the Kurdistan Democratic Party (KDP) and it has historically had amicable relations with Turkey. However, Ankara’s increasing military operations against the PKK could destabilize northern Iraq and erode Erbil’s autonomy. It appears now that Ankara has paused operations and the Barzani visit comes in that context.

Turkey’s goal is also to undermine the U.S. support for the Syrian Democratic Forces in eastern Syria. In October 2019 the United States withdrew from border areas with Turkey and Ankara launched an offensive near Tel Abyad in Syria. Then Ankara signed a deal with Moscow, part of a growing Ankara-Moscow relationship that has seen Turkey buy S-400 air defense from Russia. Ankara’s one-time hopes that it would have a close relationship with the Trump administration now appears on ice. For instance, Washington condemned Erdogan’s recent meetings with Hamas leader Ismael Haniyeh and the United States has stopped the sale of F-35 fighter jets to Ankara. Meanwhile, Turkey is outraged at the United States moving its embassy to Jerusalem and working towards UAE-Israel peace.

Here lies the meaning of the Turkish meetings. Ankara wants a Kurdistan region that it can work with. It wants the border secure. It also wants to know whether the United States is brokering a deal between the Syrian Democratic Forces (SDF) leadership and the Barzani KDP leadership in Erbil. U.S. Deputy Special Envoy for the International Coalition against ISIS William Roebuck has been the point person on these discussions which appeared to be progressing earlier this year. Ankara would likely prefer the SDF, which it accuses of being linked to the PKK, not receive more legitimacy via work with the KRG.

For an autonomous regional government, the KRG has a lot of international clout. This is unique and its growing role may be due to perceptions that the United States is slowly withdrawing from the Middle East and that the Trump administration is not as interested in what he has termed “ancient conflicts in faraway lands.” Kurds, like Turkey, had higher hopes for the new administration 2017, with many telling me at the time that they hoped Washington would support independence ambitions. The decision by the White House to appear silent when Baghdad sent tanks into Kirkuk un October 2017 and then when Turkey attacked the SDF in October 2019, led Erbil to understand that it must balance relationships. That means working closely with France, which has been supportive of Kurdish rights for many years, and it means cultivating other relations and balancing the interests of Iran, Turkey, Baghdad and the United States.

When it comes to the U.S. strategic dialogue with Baghdad, which has taken place amid increasing rocket attacks by Iranian-backed “rogue” units in Iraq, the KRG welcomes a continuing American and coalition presence in northern Iraq. The last time I was in Iraq was in the fall of 2019 and at the time the U.S. Security Force Assistance Brigades were aiding the Peshmerga and Iraqi forces to keep ISIS under control. However, withdrawal from posts such as Kirkuk, Q-West Nineveh, means less coalition presence on the ground. Shifting coalition assets to Erbil, to help support the Peshmerga will create stability by their presence. They also likely create deterrence. For Barzani and the KRG these calculations are what has underpinned the recent flurry of diplomatic activity.

The next step for the Kurdistan region will be continued efforts to get its share of the budget from Baghdad so it can pay salaries. Low oil prices and continued chaos in Baghdad have stymied these demands. In addition, the region continues to need support for its armed forces. In the past, the Peshmerga has received support from Hungary, several European countries and the United States. Moreover, reducing tension along the Turkey and Iran borders and solving issues such as the continued uncertainty in Sinjar is a necessity. Sinjar, the site of the ISIS genocide against Yazidis in 2014, continues to suffer from unregulated militias, checkpoints and lack of investment for people to return to their homes. While Baghdad pushed the KRG’s Peshmerga out of the area in 2017 after the referendum, Baghdad has not brought stability or economic revival. If Barzani, who took over as president last May, can overcome these hurdles in the next year the region will be on the way to helping stabilize areas around it. It will require support from the international community and for Turkey and Iran to tone down their demands, for it to get there.