Making Sense of Indian and Pakistani Involvement in Afghanistan 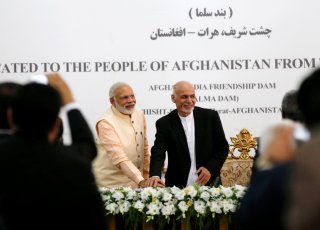 Most debates on India’s and Pakistan’s involvement with Afghanistan are focused on the Indo-Pak rivalry in Afghanistan, with “experts” advising either India or Pakistan leave Afghanistan for the other, or how they can best counter each other’s moves. Such half-baked proposals neither take historical and ground realities into account nor leave any room for constructive cooperation. Perhaps a little bit of history should serve as an eye-opener.

Since India’s independence, Indo-Afghan relations have generally been cordial. One reason for the cordiality is that, since Pakistan’s founding, India and Afghanistan have not shared a common (and contentious) border. Had the Indian subcontinent not been divided, Afghanistan and India would most likely have been on a collision course (due to the same reasons that would strain Pak-Afghan relations, plus Hindu extremists’ intense dislike of Afghans—the descendants of former invaders of India).

In 1944, when there were still no plans to partition the subcontinent, Afghanistan brought up the Durand Line and frontier Pashtuns’ issues with the British. The popular perception that Afghanistan raised these issues after Pakistan’s founding to hurt it is historically inaccurate. Thus, after the partition, Pakistan (because of its location) instead of India, inherited all the colonial baggage pertaining to its Pashtun population and the border with Afghanistan.

Due to not sharing a common border with Afghanistan to shelter Afghan insurgents (the Mujahedin and Taliban), India, over the last forty-three years of conflict in Afghanistan, has sided with internationally-recognized Afghan governments, which has ultimately contributed to India’s popularity in Afghanistan.

In addition to state-level cordial relations, India is also popular among sections of ordinary Afghans. India has assisted Afghanistan, especially after 2001, with building infrastructure projects (such as the Salma Dam and the Zaranj-Delaram Highway), awarding thousands of scholarships to Afghan students to study in India, and training Afghan army officers at the Indian Military Academy in Dehradun.

India is also believed to be pursuing its own objectives in Afghanistan. It is alleged that India wants to distract Pakistan from focusing on its eastern border (including Kashmir). As such, in recent years, India, like most stakeholders in Afghanistan, is believed to have invested in intelligence assets. While India’s alleged anti-Pakistan activities in Afghanistan may be concerning, in Pakistan both the Indian involvement and its associated threats are exaggerated.

Since Pakistan’s founding, despite some often-ignored high points in bilateral relations, Pak-Afghan relations have generally been strained, initially (1940s-1970s) due to the Afghans’ disputing the legality of the common border and interference in Pakistani Pashtuns’ affairs. Since the 1970s, however, Pakistan has gotten the upper-hand, and has since been frequently accused of interference in Afghan affairs to have a pro-Pakistan regime in Kabul.

That being said, during the 1965 and 1971 Indo-Pak Wars, Afghanistan officially remained neutral, but in essence it assisted Pakistan, assuring security on Pakistan’s western border. As a result, Pakistan was able to deploy the troops that it had stationed in the North-West Frontier Province and Balochistan to fend off India’s advance inside Pakistani territory. The allegation that Afghanistan supported India in the Indo-Pak Wars is inaccurate. Pakistani leaders at the time (Ayub Khan and Zulfiqar Ali Bhutto) appreciated Afghanistan’s support.

The arrival of Afghan refugees in Pakistan after the 1978 communist coup in Kabul and the subsequent December 1979 Soviet invasion, massively aided Pakistan vis-à-vis Afghanistan. For the first time in its history, Pakistan had the opportunity to train thousands of Afghans on its territory. It was an unprecedented opportunity for Pakistan to find willing Afghans who would later do Pakistan’s bidding in Afghanistan.

Before the Afghans’ arrival, Pakistan had limited intelligence gathering capability in Afghanistan. Today, Pakistan’s assets and intelligence gathering capability in Afghanistan are far greater than any regional power’s. Moreover, the refugees have built long-lasting personal and professional relationships and friendships across Pakistan. As wise minds in Pakistan suggest, Afghan refugees constitute Pakistan’s long-term investment in Afghanistan.

Where Pakistan has been disadvantaged is in its futile attempts to have a client regime in Kabul. Pakistan’s ability to influence events under both the Mujahedin and Taliban (who used Pakistan as a strategic depth, rather than the other way around) was limited. It’s about time Pakistani policymakers realized that genuinely befriending Afghans is a more effective and less costly tool than attempting to exert influence through proxies, which so far has mostly backfired.

India’s and Pakistan’s Involvement with Afghanistan

First, from 1978 to 2001 (or to the present, as some assert), Pakistani policy was doing the opposite of what India was doing (supporting internationally-recognized successive Afghan governments). As a result, Pakistan’s popularity in Afghanistan declined, and India’s rose. Even some of the mujahedin, whom Pakistan supported in the 1980s, gradually became pro-India after assuming power in Kabul in 1992.

While Pakistan had supported the Afghan mujahedin against the Soviet Union and earned the Afghans’ goodwill, its popularity declined when it started playing favorites amongst the various mujahedin factions, who came to power in 1992, instead of wholeheartedly supporting the mujahedin government. The Afghans started wondering whether Pakistan had genuinely helped them liberate their country or simply tried to replace the Soviet Union as a new foreign master.

India, however, continued its support for the Afghan government throughout the 1990s. The mujahedin as rebels were content to receive support from Pakistan. But the mujahedin as rulers disliked Pakistan’s interference. As fighting amongst the various mujahedin factions intensified, Pakistan’s popularity plummeted further. Later, Pakistan’s support for the Taliban would bring its popularity to an all-time low from which it still has to recover. This is a reason why, in Afghanistan, India is more popular than Pakistan.

Moreover, today Pakistan doesn’t need to panic about India’s presence in Afghanistan. First, Pakistan has a larger presence and more assets in Afghanistan than India. Second, proximity to Afghanistan gives Pakistan the upper hand to move troops around (to or from the Afghan border) and take vigorous actions against anti-Pakistan elements. Third, the relationship between ordinary Afghans and Pakistanis is strong and has always withstood tense state-level relations.

No Afghan would want to take a stand that would hurt Pakistan; history proved this twice in 1965 and 1971, when Pakistan was fighting for its survival against a much larger enemy. In 2011, President Hamid Karzai reiterated that even if America attacked Pakistan, Afghanistan would support Pakistan. Afghans have a vested interest in Pakistan’s survival and prosperity.

Besides, the Pakistani establishment and policymakers shouldn’t link Afghanistan to the Kashmir issue. Linking the two won’t help either and will further complicate matters for Pakistan. It will make the Afghans more suspicious of Pakistan, and likely provoke India to try using Afghanistan as a base to destabilize Pakistan. It would please the Afghans if both India and Pakistan resolve their bilateral issues, and not drag Afghanistan into them.

Additionally, it is in Afghanistan’s interest to receive economic assistance from India, a rising economic power in its neighborhood. India is projected to become the third-largest global economy by 2030. Pakistan’s former Chief of Army Staff Ashfaq P. Kayani believed India could have an economic role in Afghanistan. Pakistan itself imports 60-70 percent of active ingredients contained in medicines sold in Pakistan from India.

Being an Indian and a Hindu cannot be synonymous (Pakistanis were also Indian until 1947). There are nearly as many Muslims in India as in Pakistan. When tensions run high between India and Pakistan, life becomes harder for Indian Muslims. Casting the Indo-Pakistan rivalry as a struggle between Islam and Hinduism is detrimental to Indian Muslims, who, like Pakistanis, have religious, historical, and ancestral ties with Afghans. It is impractical to expect Afghans to distance themselves from Indian Muslims.

Likewise, the perception that when the Afghan Taliban come to power, Pakistan will have the upper hand in Afghanistan is unrealistic. When the Taliban do come to power (through a power-sharing agreement), they will want to have friendly relations with both India and Pakistan. The Taliban believe Kashmir is an internal Indian matter and have called on both India and Pakistan to not drag Afghanistan into it. It’s a feeling shared by most Afghans.

Similarly, India should also realize that any attempts to use Afghan soil to undermine Pakistan would backfire with serious consequences for India. As Muslims, it’s inconceivable for Afghans to hurt Pakistan, a fellow Muslim-majority country. Moreover, Pakistan’s survival and prosperity are vital for, and linked to, Afghanistan’s own survival and prosperity. India should never expect that its cordial relations with Afghanistan can be used as a steppingstone against Pakistan.

An example from cricket should suffice to bring this writing to a close. Afghan players’ recent reappearance in the Pakistan Super League (PSL) is a welcome development. Afghan players shouldn’t have to choose between playing in the Indian Premier League (IPL) and PSL; they should play in both. Whereas IPL is a bigger league with more money, PSL is played in an immediate neighboring country that has inspired Afghans to love and play cricket.