Making Sense of The MeK 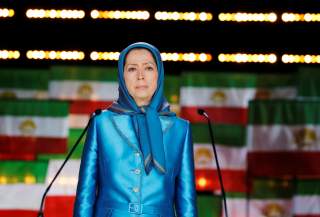 To its supporters, it is the most organized and disciplined alternative to the current clerical regime in Tehran, and the only one that is truly capable of establishing a democratic, secular Iran. To its detractors, it represents a fringe element that promotes an unpopular, unworkable vision of Iran’s future.

Even by the notoriously fractious standards of Iranian opposition politics, the Mujahedin e-Khalq (MeK) is a controversial entity—one all too often misunderstood by U.S. policymakers and demonized by its competitors. Yet it is also an important part of any serious conversation about the future of Iran, such as the one now taking place in Washington, DC as the Trump administration’s “maximum pressure” campaign against the Islamic Republic takes hold in earnest.

Who, exactly, are the MeK? The group (also known as the People’s Mojahedin Organization of Iran, or PMOI) has a particularly difficult political history dating back to Iran’s pre-revolutionary era.

Founded in the mid-1960s as a “social justice” movement, the MeK had by the early 1970s embarked upon a wide-ranging campaign against what it viewed as the increasingly corrupt, tyrannical rule of Shah Mohammed Reza Pahlavi. Its activities (from the dissemination of political critiques to plots to sabotage of government targets) paralleled those of the Islamist forces then coalescing around Ayatollah Ruhollah Khomeini. The resulting tactical alignment saw the MeK play a significant part in amplifying the political turmoil that ultimately drove the Shah from power.

But coexistence proved short-lived. As part of his post-revolutionary consolidation of power, Khomeini turned on his onetime comrades-in-arms, launching a broad crackdown on the group’s members and supporters. Iran’s newly-installed Supreme Leader and his followers also branded the MeK—which did not endorse the increasingly draconian religious diktats of clerical rule—as ideological outliers and “unbelievers,” and sidelined them in the fledgling Islamic Republic.

The subsequent period saw the widespread suppression of the MeK by Khomeini’s loyalists, a years-long campaign of violence that would culminate in the 1988 regime massacre of some thirty thousand political prisoners. Without a clear political path forward, the group’s leaders fled to Paris and subsequently to Iraq, where they were welcomed by the regime of Saddam Hussein, then engaged in a bloody eight-year war with the Islamic Republic.

In exile, the MeK underwent a political evolution of sorts, forming an umbrella organization known as the National Council of Resistance of Iran (NCRI). But it also continued its anti-regime activities within Iran, where it had emerged as the clerical regime’s most potent and capable foe—the “public enemy number one” of Iran’s ayatollahs.

Then, in the late 1990s, the MeK became a central player in American policy toward Iran when the Clinton administration—citing the group’s role in the deaths of several Americans in the 1970s—designated it a foreign terrorist organization under U.S. law. The MeK vociferously disputed the charge and insisted the blacklisting was spurred by the Clinton White House’s efforts to engage the Iranian regime and its new, “moderate” president, Mohammad Khatami. But the designation and associated stigma proved to be long-lasting; it took more than a decade for the State Department to rescind the label because it was unable to provide a federal court with proof that the group should continue to be classified as extremist.

Throughout that period, and since, the MeK worked doggedly to change popular perceptions about its nature and activities. Their outreach campaign has been broadly successful, garnering endorsements from luminaries on both sides of the U.S. political aisle and in both chambers of the U.S. Congress. Significantly, Trump administration insiders such as National Security Advisor John Bolton and Rudy Giuliani, the president’s personal lawyer, have also publicly backed the MeK—contributing to the popular perception that it now represents Team Trump’s preferred alternative if the current regime in Tehran falls.

But the MeK is relevant for another reason as well: its integral role in exposing Iran’s malign global activities. In the early 2000s, the group gave the world its first real glimpse into the regime’s then largely-secret nuclear effort, touching off a nearly-two-decade-long effort by America and its allies to prevent a nuclear Iran. Since then, the MeK has continued to provide the international community with insights into the inner workings of the Islamic Republic, from the sprawling financial empire of Iran’s Revolutionary Guards to the regime’s growing cyber capabilities.

While the provenance of these revelations is the subject of some debate, their value and overall accuracy is not. U.S. officials broadly acknowledge that the MeK has provided a major contribution to our understanding of the contemporary threat posed by the Islamic Republic.

Eliminating that threat, the MeK argues, requires regime change in Tehran. And while many opposition activists advocate “civil disobedience” to achieve this aim, the MeK is convinced that the Iranian regime is simply too brutal, too entrenched and too invested in maintaining its hold on power to be removed solely by peaceful means. The alternative could well be armed resistance, and here the MeK holds a distinct advantage should such action become necessary—both because of the past military-style structure and discipline of its cadres and owing to its past successes against the regime.

But what then? How, exactly, might the MeK and NCRI run Iran, should regime change indeed come to pass?

The NCRI styles itself as a “government-in-exile,” and has an elaborate plan for provisional rule in a half-year “transitional period” following the fall of Iran’s current regime and leading to a democratic and secular Iran. Maryam Rajavi, the organization’s current political leader and public face, would preside over this arrangement as its president-elect. This formulation has drawn the ire of other Iranian opposition elements, who argue that the MeK simply intends to unilaterally install itself in place of Iran’s ayatollahs.

The group maintains something quite different. In 2002, the NCRI publicly called for the formation of a National Solidarity Front against the Iranian regime and announced that it is “prepared for cooperation with other political forces” provided they seek a republican form of government and are committed to rejecting Iran’s current theocracy. Its contemporary platform, first laid out by Rajavi roughly a decade ago and widely promulgated by her representatives since, is grounded in ten core concepts:

First, elections based on the principle of universal suffrage;

Second, a pluralistic political system with free assembly, freedom of expression and respect for individual freedoms;

Third, the abolition of the death penalty;

Fourth, a separation of mosque and state, and prohibitions against religious discrimination;

Sixth, a modernization of the Iranian justice system, the elimination of sharia law, and reforms that provide for an array of modern legal protections;

Seventh, adherence to the Universal Declaration of Human Rights and other international instruments that enshrine protections for the population, and a commitment to the equality of all nationalities (in particular autonomy for Iranian Kurdistan);

Eighth, safeguards for private property, investment and employment, and support for a market economy;

Ninth, a foreign policy based on the principle of “peaceful coexistence” with other countries;

Tenth, a rejection of nuclear development and possession of weapons of mass destruction as a whole;

In theory, these ideas should serve to bring the NCRI/MeK much more in line with the mainstream discourse of other Iranian opposition elements. Those factions, however, remain deeply distrustful of the organization, citing its insular, exclusionary nature and claiming that, among other things, it fundamentally lacks support on the Iranian “street.”

For its part, the MeK rejects that assertion, noting that its long track record of “resistance” would simply not be possible without extensive domestic backing. The Iranian intelligence ministry’s announcement this spring of the arrest of several hundred MeK activists, and repeated acknowledgements by senior Iranian officials of an MeK role in the uprisings of the past year-and-a-half, lends some credence to that contention. That resistance, moreover, has clearly come at an extraordinarily high price. According to MeK officials, some 120,000 of the group’s members and supporters are estimated to have died at the hands of the Iranian regime since 1979.

But the MeK isn’t seeking a broad rapprochement with the Iranian diaspora. The group tends to view other opposition elements more as critics of the regime than as viable alternatives to it. Quite simply, the MeK believes that, after forty years of active resistance, it has more “skin in the game” than any other personality or faction in the struggle against the Islamic Republic. Its members and supporters are also convinced that they are the only ones with the organization, vision and discipline to persevere in the struggle against Iran’s ayatollahs.

Ilan Berman is senior vice president of the American Foreign Policy Council in Washington, DC. This is the second in a series of feature articles exploring the beliefs, ideas and values of different factions within the Iranian opposition.