Market Meltdown: How OPEC Is Projected to Change 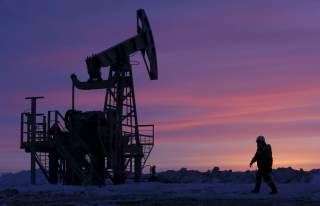 Russia: With U.S. sanctions continuing to stunt Russia’s economic growth, energy sales are a rare bright spot for the country’s otherwise beleaguered economy. Oil and gas sales account for roughly 40% of Russia’s federal budget revenues, and with crude prices pushing $80/bbl, the government hauled in 83$ billion in energy sales this month – a 50% increase over September of last year.

Despite a post-Soviet record high (of 11.36 million b/d), Energy Minister Alexander Novak recently indicated that an additional 300,000 b/d in spare capacity could be added quickly, if necessary. Indeed, Russia has increased its production by 389,000 barrels since May, and in October output is up 150,000 compared to the same time in 2017.

Russia has used its oil revenue windfall to insulate itself from the contagion currently sweeping through emerging markets. Increasing output to 11.5 million b/d and beyond would further bolster the Russian economy and simultaneously crowd out competitors. Even Iran, a longtime partner of Russia and consistent oil price hawk, is not safe from Rosneft’s self-interest. For Russia, market share and financial gain have been two very good reasons to boost oil production. But like Saudi Arabia, Russia also needs a certain oil price to meet its budgetary needs. If the market continues on its current downward course, a collaborative production cut with Saudi is likely.

The current U.S. administration aspires for high domestic energy revenues and lower global oil prices. This is a winning combination for both U.S. energy security and those running for re-election. Increased pressure on the oil-dependent Iranian economy is a significant added bonus.

From the Oval Office, this means encouraging private operators – to the extent they can -- to produce as much as possible, while demanding the same of influential petro-states. Responding to rising oil prices, Trump leveled frequent accusations and threats against ‘OPEC-Plus. The most recent diktat came last September, when he tweeted:

We protect the countries of the Middle East – they would not be safe for very long without us, and yet they continue to push for higher and higher oil prices!...The OPEC monopoly must get prices down now!”

Despite pumping a record 11 million b/d of crude (65% of which is onshore shale), the United States cannot unilaterally dictate global oil prices, particularly as mid-stream infrastructure constraints look to crimp shale growth. To achieve its goals, then, the administration must coerce or convince OPEC-Plus to play ball. Threats of dissolving U.S. defense ties and invoking NOPEC legislation suggest that this White House has, at least publicly, adopted a “Stick” approach thus far. But can there be a “Carrot?”

A Russia-Saudi-U.S. Axis of Convenience?

Whether deliberate or inadvertent, a triangular interest-based understanding about production levels has emerged between the Saudis, Russians and the United States. Together, these three energy giants constitute 1/3 of global oil supplies, meaning that any joint effort to affect energy market outcomes will be consequential.

Evidence of this marriage of convenience is emerging. Ahead of OPEC’s annual World Oil Outlook conference held in Algiers this past September, Russia and Saudi Arabia met privately to outline a forward-looking production strategy. Front and center in the discussion were rising oil prices and Trump’s attacks on OPEC-Plus.

At that meeting, Saudi Energy Minister Khalid al-Falih and his Russian counterpart, Alexander Novak, reportedly committed to lift output during the September-December period, in effect bowing to U.S. demand without consulting other OPEC-Plus members. Between May and October, the Kingdom has increased production by 530,000 b/d while Russia has boosted supplies by 389,000 b/d. The two show no signs of slowing.

First, Saudi Arabia and Russia have demonstrated a willingness and perhaps even a preference for bilateral consultation about oil output, as opposed to at least the pretense of conferring with other OPEC-Plus producers. Market-moving power flows from these two petrostates, which between them control a quarter of total world oil production: Saudi (10.7 million b/d) and Russia (11.3 million b/d). Working together, neither needs backing from lesser producers, OPEC or non-OPEC.

Second, while hydrocarbon extraction from shale has brought enormous benefits for American energy security, fracking cannot insulate the U.S. from the vagaries of global energy markets. Trump’s appeal to OPEC to increase production and lower prices shows the persistent power of global oil producers. Shale does not confer energy autarky. In fact, its meteoric development also embeds us firmly in the world oil market, if only in ways that differ from earlier, import-dependent decades.

Third, the OPEC-Plus grouping seems willing, albeit furtively, to try to accommodate the U.S. administration on broad oil policy. Fear of repercussions over mounting oil prices are credible enough to spur a U.S.–conscious approach to output levels moving forward. Furthermore, all parties have a convergent interest in keeping markets adequately supplied, particularly as risks to the global economy continue to grow (among them the emerging market liquidity crisis and the prospects of a U.S.-China trade war). While the U.S. economy does benefit from lower oil prices, the high-growth Shale sector prefers that they not drop too low. We will have to see if U.S. operators follow Saudi and Russian moves to scale back their production in response to cooling global prices.

In a departure from recent history, the world’s most notorious conventional producers have displayed a willingness to set aside their contempt for shale competitors and adopt a live-and-let-live relationship. More than that, emergence of convergent tripartite interests, the deterioration of Russia’s fragile economy, and the Saudis’ imperiled diplomacy with the US over the Khashoggi murder could bestow sufficient leverage for the US to push OPEC-Plus in directions promoting America’s geostrategic goals.

It may still seem far-fetched, but we may be witnessing the emergence of a new de facto cartel, one steered by the US shale energy advantage. Stay tuned to see how Russia, Saudi Arabia, and U.S. producers respond to stabilize an oil market headed back to the doldrums.

James Clad is the senior fellow for Asia at the American Foreign Policy Council and former U.S. Deputy Assistant Secretary of Defense for Asia-Pacific Security Affairs.

James Grant is a junior fellow with the American Foreign Policy Council where he specializes in Geopolitics, Energy Security, and Economics.