The Meaning of Iran’s Forthcoming Elections 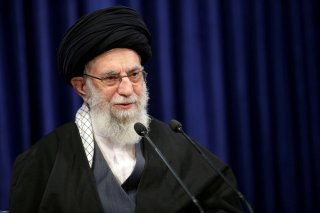 BAGHDAD, IRAQ—There is a widespread belief in Western policy circles that Iranian elections matter. Iran Envoy Rob Malley and National Security Advisor Jake Sullivan, for example, justify their efforts to expedite Iran diplomacy and frontload sanctions relief and the unfreezing of assets in the logic that financial relief could boost so-called reformists before elections.

While the personality of the president does matter, Iranian elections are not about popular will. The Defense Ministry, for example, issued a statement just two weeks ago explaining that it was permissible for the Islamic Revolutionary Guard Corps to intervene in politics “to help realize the system’s strategies in elections.”

In most elections, Guardian Council vetting means less than two percent of aspirants can run. There may be differences of style between those candidates who survive the initial selection, but they all occupy a narrow space on the much broader spectrum of Iranian public thought. “He should be religious. If he were irreligious, it would not be possible to trust him,” Supreme Leader Ali Khamenei explained during his annual Persian New Year’s address. Religion, of course, he defines narrowly to mirror his own interpretations, hence the prevalence of house arrest for clerics who stray from his interpretation. Nor do elections change Iranian national security policy except perhaps with regard to the style of implementation. Positions not popularly elected—the supreme leader, the secretary of the Supreme National Security Council, the intelligence chief and the heads of the Islamic Revolutionary Guard Corps, and the Qods Force—monopolize those decisions. If the United States truly wanted to change Iranian behavior, it is those bodies or offices with which it must negotiate and, certainly, many foreign officials including Russian President Vladimir Putin do meet Khamenei. Of course, Khamenei’s rejection of any meetings with Americans suggests that, at the highest level, there is no sincere interest in change.

So why does the Islamic Republic hold elections? Today, they serve two purposes:

First, the Supreme Leader utilizes them to shuffle various power circles to ensure that no faction becomes too entrenched and powerful. Mahmoud Ahmadinejad’s 2005 presidential victory, for example, replaced many of the clerics and seminary graduates empowered by his predecessor Mohammad Khatami over his eight years with veterans of the Islamic Revolutionary Guard Corps. As the Guards became too entrenched and powerful in the political sphere, the change in administration allowed Hassan Rouhani, traditionally the regime’s “Mr. Fix-it,” to uproot them and to replace them with veterans of the intelligence ministry. Never will the same faction win more than two terms for to do so might mean someone emerges capable of acting independently from the supreme leader.

Second, the Supreme Leader views elections as rituals to prove regime legitimacy. For example, in the 2017 presidential elections, he explained, “Some say the people’s vote has nothing to do with the Islamic Republic’s system. Yes, it does. This vote, even by those who may have objections against the Islamic system, means they have accepted the framework of the system since they cast votes within this framework and trust it and consider it efficient.” This is why the Iranian regime limits foreign correspondents to Tehran or perhaps one or two other major cities during elections and why it is so dangerous to take Iranian statistics at face value; anecdotally, voter participation in peripheral provinces can be as low as the single-digits.

The Iranian elections are two months away and it is still too early to know who the vetted and approved candidates might be. But, increasingly, not only Iranians but also Iraqis, diplomats based in Tehran, and visitors to Iran suggest that the most likely next president, that is, if he runs, will be Ebrahim Raisi, the Islamic Republic’s judiciary chief.

Raisi is a traditional principlist. He has the clerical credentials to meet Khamenei’s religious test and has a long career in the judiciary where he garnered a reputation for augmenting rather than diluting Iran’s revolutionary principles. He also headed the foundation, now sanctioned, which not only manages the Imam Reza Shrine in Mashhad but also several billion dollars in assets. Those who have heard him speak are struck by the fervor of his revolutionary hatred of the West.

The real reason why Raisi will likely be Iran’s next president, however, is that the position will better enable him to succeed into the supreme leadership upon the octogenarian Khamenei’s death. There has only been one previous succession in the Islamic Republic. Khamenei was president when Ayatollah Ruhollah Khomeini died and was his designated successor. Khamenei does not have the same religious credentials or reputation as did Khomeini and so, he is unable to simply designate a successor with the confidence that the broader clerical bureaucracy would accept his choice. By making Raisi president, however, Khamenei would empower his long-trusted aide to have a leg-up on his competitors.

There is also a lesson here for Western diplomats: one of the reasons why Khomeini chose Khamenei was because Khomeini and other regime elites considered Khamenei a good compromise a revolutionarily pure but an ultimately weak candidate who would not infringe on the turfs of, at the time, more prominent Iranian politicians like the late Ali Akbar Hashemi Rafsanjani. Khamenei was weak in his initial years, but slowly and methodically consolidated control. This is most evident by the fact that politicians vetted as acceptable a decade ago, many of whom Western officials considered reformers, are now political pariahs and languish under house arrest. The fact that Khamenei feels confident in positioning Raisi for succession therefore also reflects the hardline shift in Iran’s political class that the Quixotic quest to find reform too often obscures.

Resuming and perhaps augmenting the 2015 Joint Comprehensive Plan of Action may consume Sullivan, Secretary of State Antony Blinken, and Malley. They should not, however, repeat the record of the Obama administration that rushed an agreement and prioritized a public relations campaign to whitewash the deal’s flaws over the need to address the concerns of both domestic opponents and regional states. A new deal cannot afford such loopholes or to omit ballistic missiles because Raisi, the man to whom Khamenei appears to hand the mantle of leadership, might just use every arrow in Iran’s quiver and warhead in its arsenal in pursuit of his revolutionary vision.