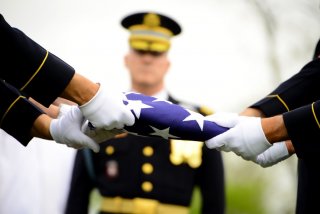 The Biden administration’s military withdrawals from Afghanistan, Iraq, and the Gulf have elicited denunciations of America abandoning the Middle East and North Africa (MENA). Yet as with all things in the region, context is king. These drawdowns are merely the latest step in a decade-long process of the United States retrenching its hegemonic responsibilities. It reflects not just exhaustion with past interventionism, but also the new reality that the MENA no longer commands existential importance to the prosperity and security of the American homeland.

From the 1980 Carter Doctrine through the second Bush administration, American hegemony in the MENA manifested in the untrammeled will and capacity to coerce local states. Not even the British, French, or even Ottomans held this degree of power over regional affairs. The credible threat of military intervention, together with an armada of diplomatic and economic resources, enabled Washington to intimidate, cajole, and entice many regional states into adopting policies that supported core interests regarding energy, counterterrorism, Israeli security, and other issues. Such dominance left behind a colossal footprint. Consider America’s record of interventions in Libya, Sudan, Lebanon, Iraq, Iran, Kuwait, and Syria; the gargantuan intelligence operations unleashed by the war on terror; and its vast network of military bases, arms dependencies, and drone fleets. A generation of peoples in the Arab world and Iran came of age learning that the United States alone--not the Europeans, Russians, or Chinese—commanded the superpower muscle to transform strategic realities on the ground.

Something changed after the Bush administration. Barack Obama began, Donald Trump continued, and now Joe Biden has perpetuated new foreign policy principles in the MENA: that hegemony and interventionism cost the United States far more than what it reaps, and that Washington should offload the responsibility of solving local problems onto local states. Consider Obama’s relative apathy to the Arab Spring, or the fact that the Libyan intervention was so limited in scope that little care went to what portended after Muammar Qaddafi fell. Likewise, recall that Trump not only relinquished America’s leadership on the Israeli-Palestinian crisis, but also showed no appetite for war despite unprecedented Iranian aggression across the Gulf, Yemen, and Iraq. After invading Iraq, George W. Bush talked about conquering Tehran; Trump’s national security team could not even contain it.

To be sure, the United States is not withdrawing completely, so much as off-shoring its capabilities. It is no longer the policeman on nightly patrol; rather, it is recalibrating as the emergency fireman that would spring into action only to halt total chaos, such as if ISIS suddenly reemerged at the gates of Baghdad, Damascus, and Amman. Yet this does not betray American strategic interests, because the interests that once required hegemonic interventionism no longer exist. Unlike the 1980s through 2000s, the MENA no longer presents dire threats that jeopardize America’s society, economy, and institutions. In military terms, not a single actor—not Iran, not ISIS, and no longer Al-Qaeda—is capable or irrational enough to assault American soil. In economic terms, American energy independence and global market advances mean that U.S. industries and consumers are no longer beholden to the fate of Arabian gas and oil fields. In diplomatic terms, close regional allies will always command attention, but most (save perhaps Jordan) do not need constant protection as they once did. Israel, for instance, has now made peace with a half-dozen Arab countries, and no regional actor save Hamas is foolish enough to lob rockets at it.

Those decrying this drawdown logically suggest a return to past interventionism. Such reactions are understandable; the sunset of great power hegemony in any region always introduces jolting uncertainty. After the British pulled out their last forces from the Gulf in 1971, for example, fears of communism and instability swarming the Arabian Peninsula helped build momentum for the new era of American hegemony. Yet convincing American voters and policymakers to reverse course now is a tall task. It means proving that something in the Middle East, right now, credibly endangers the prosperity and stability of American democracy. It must be worth sacrificing the lives of citizens in distant lands and expending domestic resources that may never be reclaimed. Until this happens, retrenchment will continue, for better or for worse.