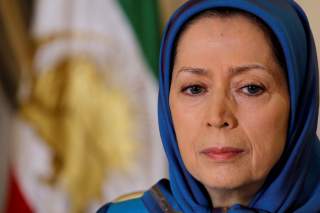 The Trump administration is not afraid to defy long-held conventional wisdom on U.S. foreign policy. With regard to the Middle East, such disruption can be a good thing: Across administrations and for decades, U.S. policy has achieved only lackluster results. For example, Israeli-Palestinian peace has receded even as successive administrations poured billions of dollars into a Middle East peace process. Nor has traditional diplomacy contained the growth and expansion of Iranian influence across the region.

Trump, however, has been willing to break diplomatic china. He has recognized Jerusalem as Israel’s capital, cut funding to the Palestinian Authority, held Turkey’s Recep Tayyip Erdoğan’s feet to the fire over the detention of U.S. pastor Andrew Brunson and walked away from the Joint Comprehensive Plan of Action (the JCPOA or Iran Deal). In each case, prognostications that the sky would fall, and disaster would loom proved false.

Sometimes, however, breaking conventional wisdom can backfire. While legal arguments about the necessity of an authorization for the use of military force in Syria are valid, a precipitous withdrawal would likely be disastrous. There has been tremendous mission creep in the North Atlantic Treaty Organization (NATO) over the last several decades but defunding the American-European military alliance would probably encourage aggression rather than ensure stability. And, when it comes to the Mojahedin e-Khalq (MEK), an Iranian opposition group, any cooperation and coordination—let alone support—from the United States would be disastrous.

The Trump administration, however, is reportedly reconsidering the pariah status of the MEK within U.S. diplomacy. Barbara Slavin, an American analyst often apologetic to the Islamic Republic, reports that “US administration talking points no longer exclude the Mujaheddin-e Khalq as a potential replacement for the government of the Islamic Republic of Iran.” While there remains a great difference between “refuses to exclude” and “supports,” Slavin is correct to raise concern.

Iranian Hatred for the Mojahedin e-Khalq

I spent seven months in the Islamic Republic of Iran during both the Rafsanjani and Khatami-eras while completing my Ph.D. dissertation. During that time, I shopped daily in the market, rode public transportation, and met fellow university students from across Iran. Most were curious to meet an American with no family links to Iran. Most were cautious but keen to talk about the antipathy to the Islamic Republic once they were out of buildings or vehicles which could be easily bugged. For example, one couple from Ahvaz, in Tehran, complained while their twelve-year-old daughter underwent treatment for brain cancer that in the aftermath of the Iran-Iraq War, the regime built mosques but not hospitals. A professor in Isfahan would remove the ignition wire from his car every time he parked at night to deter car thieves. And, a lawyer in Isfahan laughed at a general amnesty for weapons taken home after the Iran-Iraq War because they might be needed in a future revolution. Many Iranians asked about the Diaspora, and especially the exiled crown prince Reza Pahlavi. That did not mean they were monarchists, but decades of being under the Islamic Republic had left them craving the past as a golden age. “Oh my shah, my shah, where is my shah?” one storekeeper asked when a merchant walked by with spoiled bananas selling for far more than what he said fresh bananas did pre-revolution. Whereas many Iranians rightly castigate the shah’s police state and his dreaded SAVAK intelligence service, they also acknowledge that the successor VEVAK was as bad if not worse.

But there was only one item that united Iranians inside Iran: absolute hatred of the Mojahedin e-Khalq (MEK). I offered a brief history of the MEK here but, in sum, they evolved out of reactionary anger at the shah’s more progressive agenda, especially elements which would have prioritized democracy and religious equality above the dictates of Shiism. Following the shah’s 1963 crackdown, the Islamist opposition splintered. While its older elements drew inspiration from the left-leaning nationalist and ousted Prime Minister Mohammad Mosaddegh, younger members concluded political reform impossible and embraced armed struggle. These younger members, including a University of Tehran political science student named Massoud Rajavi, coalesced what would become the MEK, though it would take another seven years before the MEK would declare itself to the wider world.

MEK ideology fused Marxism and Islamism. They believed both that God created the world and that he set forth societal evolution in which a classless society would overcome capitalist inequity. Rajavi and his fellow activists also argued that Islam justified terrorism. Death during armed struggle, they said, was consistent with Shiite glorification of martyrdom. MEK militants trained both with the PLO and under Libyan leader Muammar al-Qaddafi.

They put their training to quick use. In May 1972, shortly before President Richard Nixon’s state visit to Iran, the MEK launched a series of bomb attacks against American diplomatic and business targets, including Pepsi Cola and General Motors. They also sought to assassinate the top U.S. general in Iran. In 1973, they bombed the Pan-American Airlines building, Shell Oil and assassinated the deputy chief of the U.S. military mission. They also targeted Iranians: striking at clubs, stores, police facilities, minority-owned businesses, factories, and symbols of the state.

The MEK participated wholeheartedly in the Islamic Revolution. Ayatollah Ruhollah Khomeini, after all, led not a coherent movement but rather a coalition of disparate forces united only in their opposition to the shah. Once the common enemy fell, his coalition immediate began to turn on itself. Khomeini welcomed MEK assistance in fighting the shah, but he considered their blending of Marxism with Islam to be sacrilegious. He and his followers labeled Rajavi and the MEK “hypocrites” and “unbelievers” and, the MEK, in turn, accused Khomeini of hijacking a revolution that was not supposed to be about him. Some of the worst post-revolutionary terror in Iran was planned, executed, and claimed by the MEK. Khomeini’s regime responded just as brutally, with summary executions and, in 1988, the wholesale slaughter of alleged MEK prisoners. Many of the attacks killed their intended targets, but also many innocent Iranian bystanders.

What really broke any remaining popular support for the MEK among ordinary Iranians, however, was their embrace of Iraqi president Saddam Hussein’s regime against the backdrop of the Iran-Iraq War. For most Iranians, the MEK-Saddam relationship is unforgivable. The best analogy for Americans would be to John Walker Lindh, the American Taliban. While he may have embraced a movement, which sheltered Bin Laden and killed thousands of American servicemen in Afghanistan, the casualties Iran suffered pushing back the Iraqi invasion were several orders of magnitude higher.

The Mojahedin e-Khalq are a bad bet

Unable to win any support from Iranians inside Iran, the MEK has turned to the gullible and greedy: they are political chameleons. When in Iran, they were a combination between Islamists and social justice warriors. In Iraq, they were secularists, basically Baathists without the Arab identity. And while in France, they are democrats. In reality, their behavior resembles a cult, right down to dictating where members live, whom they should marry and divorce, and the rent-a-mobs who populate their rallies.

Which brings us back to the present: The MEK are no longer deemed a terror organization by the State Department, but that does not make them a responsible partner. Yet they have cultivated a bipartisan coterie of officials who attend their rallies and endorse Maryam Rajavi, their heir apparent. Among their supporters are National Security Advisor John Bolton and Trump lawyer Rudy Giuliani. Critics say such hefty honoraria to attend and speak at MEK rallies amount to bribery. This is true in some cases but unfair in others, as some of those who headline MEK rallies may truly believe MEK rhetoric. The MEK, after all, is expert in telling officials what they want to hear about their program, and most senior and elected officials neither have the expertise in Iran nor the wherewithal to fact-check the spin. Other officials say the MEK has proven themselves and their infiltration of Iran by exposing such facilities as the covert nuclear enrichment plant at Natanz and later the underground nuclear facility in Fordow. The trouble with crediting the MEK for deep infiltration of Iran is that often MEK bombshell reports are wrong. It is far more likely that foreign intelligence agencies like Israel’s utilize the MEK to launder intelligence rather than expose it directly.

As generous as the MEK is to their foreign supporters, they can be equally caustic to their critics. They usually throw flak at anything unflattering published about the group and rapidly produce online rebuttals filled with footnotes which, if tracked, do not prove what they purport to, even if the original source exists at all. Online trolls will also seek to drown out the criticism and de-legitimize the MEK’s critics.

But, their behavior aside, what is the harm of working with the group or at least including them in any discussion of Iran’s future after current Supreme Leader Ali Khamenei’s death? The answer is simple: The spin in Paris and Washington remains entirely discordant with the sentiments of the Iranians who matter most—those who live under and resent the Islamic Republic. While most Iranians feel that the Islamic Republic has gone off the rails and cannot be reformed, they are more apathetic than revolutionary. After all, the last time Iranians supported a revolution, they replaced one dictator with an even more brutal one and ended up fighting an eight-year-war which killed up to one million people. Certainly, when a spark occurs, they will join in the protests, but otherwise most will stay on the sidelines and simply seek to provide for their families.