Mourning a Lost War: Why Nation-Building Failed in Afghanistan 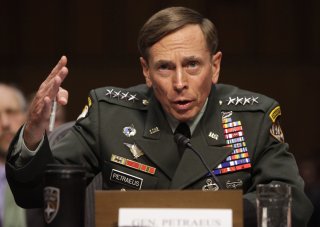 The outcome in Afghanistan “came down to a lack of American strategic patience,” General David Petraeus wrote in an essay recently published in the Atlantic. His is not an uncommon view; many of the architects and cheerleaders of the twenty-year mission in Afghanistan refuse to accept that the United States lost the war.

Reflections, congressional inquiries, lessons learned, and future policy will remain hollow until the United States internalizes this simple but dismal fact. It is perhaps difficult for so many to accept it because the United States lost a very different war than the one it started. As Gen. Frank McKenzie recently told NPR, “I think we took our eye off the ball in Afghanistan [and] why we were there, to prevent Al Qaeda from striking our country … it grew into something much larger: an attempt to impose a form of government, a state, that would be a state the way that we recognize a state.” Some of the generals get it.

The stories we tell have unique power; how we came to discuss Afghanistan ultimately helped us delude ourselves. The bluntness and clarity of McKenzie’s statement are the exceptions, while Petraeus’ word salad of empty tropes is the rule. Afghanistan is ethnically, linguistically, socioeconomically, and geographically diverse. The ideas and visions of its people are, too. Large segments of Afghanistan’s population supported the republic and even a more liberal (in the values-based sense) Afghanistan. Others supported the idea of the republic even if they were divided on what it meant to be Afghan. A smaller—but not insignificant—number supported the Taliban. A silent majority appeared to want nothing more than the freedom to carry out their lives and vocations in peace. Make generalizations about Afghanistan at your own peril!

I want to believe that it was primarily out of a desire to avoid oversimplification and harmful fatalism that the official discourse about Afghanistan in Washington swatted away efforts to inventory the war’s failure to reshape Afghan society. But the result was an ever-narrowing analytical lens from which most people viewed the conflict, followed by a persistent repetition of statements that many knew weren’t true. The divergence between what people said publicly and privately was staggering.

Like a cleric invoking a religious creed, we publicly spoke with drawn-out preambles filled with qualifiers, admonitions, and declarations. U.S.-styled Western values are universally accepted in Afghanistan. All Afghans supported the republic over the Taliban. Landlocked Afghanistan, with little industry and high illiteracy rates, had tremendous economic potential. The Afghan Taliban are mere proxies of regional powers, but the Afghan security forces dependent upon the United States financially, logistically, and militarily were an organic national army.

A few dozen Afghans accounted for nearly all Afghan voices in Washington. I critique this with caution. Many of those speakers made great sacrifices for their country and still have valuable insights to share. Their views and ideas matter. It’s lazy to dismiss them as existing in a bubble. Haroun Rahimi pointed out that the Kandahar bubble of the Taliban’s leadership is as much a bubble as Kabul ever was. It is also offensive to argue that they are not “representative” of Afghanistan. Any Afghan is quintessentially more Afghan than an outsider critic ever could be. Second, no one constituency of Afghans can represent Afghanistan. It’s this very fact that made the U.S. project in Afghanistan so difficult. I raise the issue of our curated echo chamber only because it should have been a matter of common sense that the truths of a country of forty million people could not be captured by so few. It should have given us pause when so many of these voices professed a singular Afghan vision as war tore apart the country at the seams, and successive administrations of the republic were paralyzed by gridlock and in-fighting.

Our collective inability to move beyond comfortable tropes was only compounded as the Taliban forces closed in on provincial capitals last summer. Criticizing Ashraf Ghani and his nepotistic cabal was tantamount to support for the Taliban as the republic entered the twilight of its reign. After he fled, leaving his countrymen to languish, an outpouring of criticism could be heard from Washington to Kabul’s political elites. Incompetent, stubborn, egotistical, and ultimately cowardly. We had known all along. But we were afraid to say it.

Of course, our flawed understanding, our limited outreach to Afghan society, and our unreliable political partners in Kabul wouldn’t have mattered so much if we weren’t fighting a counterinsurgency, which meant building a nation. But counterinsurgency in Afghanistan wasn’t just any kind of nation-building; it was re-building a state that had been successively dismantled for decades while also fighting an existential fight against a highly motivated insurgency. Petraeus doesn’t mince words in his defense of this failing strategy. “Nation building was not just unavoidable; it was essential,” he wrote. He’s not wrong. Once we opened the Pandora’s box of dismantling the Afghan state and rebuilding it from the ground up, there was little choice but to engage in nation-building. Petraeus, like so many, has chosen to hone in on one failed aspect of the war, void of context, and apply an easy answer: we needed more time and patience.

The defeat in Afghanistan left no corner of the collective institution of official Washington unscathed. It destroyed Afghanistan. Over the next few weeks, op-eds, cable news, and social media will again be flooded with the comfortable half-truths that define Afghanistan discourse. Leaders of the war will invoke promises and commitments that we not only broke but had no business ever making. We will once again hear pledges of commitment to Afghanistan. Afghanistan will briefly become the most important headline. The war architects will dust off their talking points from a year ago and adjust their ties. And then, in the blink of an eye, it will again vanish. What happens after that is what matters.

Adam Weinstein is a Research Fellow at the Quincy Institute.