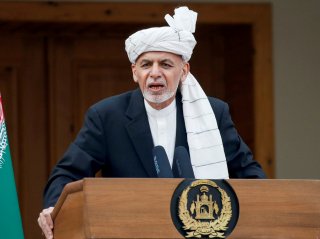 Ashraf Ghani, Afghanistan’s president from 2014 until his evacuation from Kabul in August 2021, defended his conduct in an interview on Sunday, claiming that he had made a “split-second” decision to prioritize his life and avoid capture by the invading Taliban.

In Ghani’s interview with CNN host Fareed Zakaria, he offered additional details about the morning of August 15, when he fled Afghanistan by helicopter for neighboring Tajikistan. Ghani claimed in the interview that he had been the last one in the palace after his guards had fled and that he had been informed in the morning that the city could not be defended against the incoming Taliban forces. The former president also claimed that one of his cooks had been offered $100,000 to poison him, leading him to fear for his immediate safety.

Throughout his time in exile, Ghani has insisted that his decision to flee the city had not been made out of fear of the Taliban, but out of concern for the public relations win the Taliban would receive from capturing him—a sentiment that he repeated to Zakaria on Sunday.

“The reason I left was because I did not want to give the Taliban and their supporters the pleasure of yet again humiliating an Afghan president and making him sign over the legitimacy of the government,” Ghani said, insisting that he had “never been afraid” of the Taliban but wished to preserve the dignity of his office.

However, outside of Afghanistan, Ghani’s decision to flee Kabul ahead of the Taliban advance has been widely condemned as a key step leading to the Afghan government’s total collapse. The former president’s critics have compared it unfavorably to Ukrainian president Volodymyr Zelensky’s decision to remain in Kyiv in the opening hours of Russia’s invasion, even though many international observers predicted that the capital would fall within a week.

Ghani also sought to dispel persistent allegations that he had taken tens of millions of dollars from Afghanistan’s treasury as he departed. A later investigation by the Special Inspector General for Afghan Reconstruction (SIGAR) suggested that Ghani’s helicopter could not have carried more than $500,000 in cash under the circumstances, although the Russian embassy in Kabul claimed in August 2021 that four cars had also followed the departing president’s helicopter to the north. Ghani vigorously denied both rumors in the following days. SIGAR’s report acknowledged that it was a “strong possibility” that tens of millions of dollars in the presidential palace and treasury had disappeared following the Taliban takeover, but claimed that it was unclear exactly how much had been stolen and by whom.