Perpetual Chaos: Why the Middle East Has Been Marred By America’s Presence 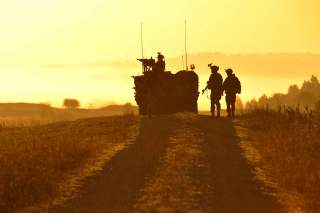 You would not know it from its behavior, but America’s foreign policy goal in the Middle East has been to create stability. Stability ensures continued access to the region’s oil and it keeps hostile and ideologically motivated Islamists out of power, both of which are considered to be in America’s national interest. With a long list of rival groups competing for influence, the Middle East is considered to be too combustible of a region to be left to its own devices.

The United States, therefore, keeps about fifty thousand troops in the region to ensure it does not spiral into chaos. And despite his pledges to do otherwise, this number is growing, as over his first term President Donald Trump has incrementally added more to America’s existing deployments in Saudi Arabia, Iraq, and Kuwait.

But after twenty-plus years of having one military action after another failing miserably in the region, it should be obvious by now that if America wants to create stability in the Middle East, then it needs to remove its troops and officials. American attempts to bring order to the region usually make things worse. Contrary to the popular wisdom of the foreign policy establishment, this is not because America lacks a military presence in the area, but because it has too much of one.

One of the major problems with having such a strong military capability is that America uses it. The United States has deployments in ten Middle Eastern countries and the temptation to use force is difficult to resist when you have such a large military network already in place. When a crisis arises, as it has in Libya or Syria, or when a political disagreement reaches an impasse, as in Iraq, the United States is more likely to shelve diplomatic solutions for military ones. Military power often produces hubris, even if well-intentioned, and there is no better example of this than America in the Middle East. Unfortunately for the people who live there, policy intentions and policy results are often divorced. If there is any lesson to be learned from three decades of American interventions, it is that the politics of foreign lands are far too complicated for an outside superpower to intervene and not produce costly unintended consequences.

For example, it is now well documented that it was the two Iraq Wars that created the necessary conditions for the rise of the Islamic State. The no fly-zones established after the Gulf War unintentionally provided refuge for its founder, Abu Musab al-Zarqawi, to escape the Afghan war and organize the organization. It was then the Iraq War and subsequent regime change that gave ISIS a battleground to fight on and a rallying cry that enabled it to recruit from around the world. At its peak, it claimed control of one hundred thousand square kilometers and between twenty thousand to thirty thousand fighters, challenging government rule in Syria and Iraq as well as the Philippines and Nigeria.

Does this mean that America “created” ISIS? No, of course not. But one cannot help but notice that it was the American interventions that unintentionally created such favorable conditions for the group to rise to power. Without them, ISIS would have probably remained the unrealized vision of a lone Jordanian jihadist.

And it is not just America’s military actions that have destabilized the region; it is also the behavior of those it protects that have undermined it. The Middle East is currently in what many refer to as a “cold war,” where Iran and Saudi Arabia compete for influence through proxy forces. The United States supports Saudi Arabia in nearly all circumstances, which has emboldened the country and allowed it to take aggressive positions in places like Yemen, Qatar, and Lebanon. Saudi aggression has been especially tragic in Yemen where its leadership has avoided diplomacy in favor of policies that have produced what the United Nations has described as the world’s worst humanitarian crisis. Despite the war reaching an obvious stalemate, the Saudi regime continued to bomb hospitals, weddings, water facilities, and civilian farmland, all in stubborn attempts to tip the scales in its own favor. This reckless behavior was abetted by the implicit security guarantee from stationing American troops inside Saudi Arabia. The regime can afford to be obstinate when it has the protection of the world’s only superpower. That America is adding more military personnel inside the kingdom will only embolden Saudi leadership in the future.

Considering that so much disorder has stemmed from the presence of America’s military, a person might expect the United States to have reduced its troop levels, not add more. After twenty years of military plans going awry, this is what most people recognize should be happening. Yet America has not left the region even though two administrations have centered their foreign policy around disengaging from it only to get dragged into conflicts that neither of them wanted to be a part of. Instead of stabilizing the region and allowing America to focus on other priorities, America’s vast network of military assets is chained to its politics. America inevitably gets involved when problems unfold and often uses its military in ways that are counterproductive. The United States should instead remove its military from the equation so that other solutions present themselves.