Political Chaos in Iraq as Largest Bloc Resigns From Parliament 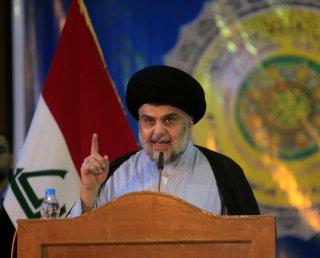 An eight-month-long political deadlock in Iraq was abruptly broken on Monday after all seventy-three members of the largest bloc in parliament—the Sadrist Movement, led by firebrand Shia cleric Muqtada al-Sadr—simultaneously resigned from office.

The mass resignation was announced on Monday by Speaker of Parliament Mohammed al-Halbousi, a Sunni Muslim affiliated with the reformist Progress Party.

“We have reluctantly accepted the requests of our brothers and sisters, representatives of the Al-Sadr bloc, to resign,” Halbousi announced on Twitter on Monday after receiving the resignation letters of all seventy-three lawmakers from Sadr’s party.

Sadr had initially instructed his followers to prepare their resignations on Thursday, claiming that the step would be necessary to break the country’s months-long deadlock. The cleric described the move as a “sacrifice from me for the country and the people … to rid them of the unknown destiny.”

Iraqi politics have been frozen in place since October 2021, when the Sadrist Movement and its allies secured a major electoral victory over the Coordination Framework Alliance, the pro-Iran faction within Iraq. Although the Sadrist Movement won the plurality of seats within parliament and was tasked with attempting to form a government, Iraq’s constitutional system requires a two-thirds majority to choose a president, who is then responsible for appointing Iraq’s prime minister. Despite its electoral victory and its alliances with Sunni and Kurdish parties, Sadr’s alliance consistently failed to reach the two-thirds majority threshold for appointing a president, perpetuating the deadlock.

It remains unclear what will happen next. According to the Iraqi constitution, if a member of parliament resigns, his or her seat is filled with the candidate who came in second in that member’s electoral district—a development that could lead to a massive increase in the pro-Iran parties’ representation in parliament. However, Sadr’s supporters are unlikely to accept this outcome and could engage in demonstrations if the rule is followed, potentially leading to violence and further chaos.

Sadr remains one of the most famous and controversial politicians in Iraq. The cleric led the Mahdi Army, a major Shia militia, in opposition to the initial U.S. occupation of Iraq from 2003 until 2011. That militia, later renamed the Peace Companies, has played a significant role in the fight against the Islamic State terror group since 2014. Many of Sadr’s adherents have also participated in demonstrations against Iranian influence, including the October 2019 protest movement that led to the resignation of former Prime Minister Adil Abdul-Mahdi and his replacement with Mustafa al-Kadhimi, the incumbent.