Qassem Soleimani Is Dead: What You Need To Know And What Happens Next 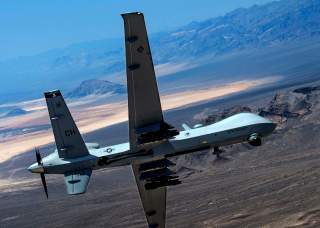 Qassem Soleimani was responsible for the deaths of more Americans than any terrorist leader since Osama Bin Laden. No one should mourn his death. In Iran, however, and certainly without moral equivalence, he was a revered figure like former U.S. Defense Secretary James Mattis, a man who advocated for the troops and was not afraid to mix with them. Inside Iran, he pulled as the most popular or second most popular figure over the course of years. As successive U.S. administrations repeatedly dropped the ball on any informational strategy to accompany the U.S. diplomatic, economic, and military approach, he filled a vacuum which capitalized on Iranian nationalism. He may be the man largely responsible for the deaths of hundreds of thousands in Syria, but Iranians saw him as the man figure who defeated the Islamic State. Many Gulf Arabs interpreted his cultivation of a cult of personality as perhaps the forebearer of a decision to one day seek Iran’s presidency. Those discussions can now, thankfully, be put to rest. But amidst the political cheering, it is imperative to acknowledge how much his death may have changed the operational environment and diplomacy.

Fear of Retaliation Acknowledges Much More:

Much of the discussion with regard to the killing of Iranian Qods Force head Qassem Soleimani focuses on possible Iranian retaliation. That Iran and its component Islamic Revolutionary Guard Corps (IRGC) has become forces with global reach is belied by the fact that it has so many possible avenues to retaliate. Iran—and its proxies in Hezbollah—have tapped into the Lebanese Shi’ite Diaspora community as far away as South America and West Africa in order to carry out operations previously. The IRCG or Hezbollah have also conducted attacks previously in Thailand, Georgia, and Bulgaria. In 2006, an IRGC member successfully albeit briefly infiltrated the Arkansas National Guard and, in 2010, the Qods Force attempted an attack in the heart of Washington, DC. Retaliation will come—it is the Iranian way—but targeted assassinations often work: Soleimani was no mere placeholder but represented decades of accumulated wisdom, experience, and personal relations which will not be easy for the IRGC to replace. Added into the mix is the fact that over the last two years, the Islamic Republic has also seen turnover at the top of the IRGC itself, the IRGC Navy, and Iran’s regular navy. As President Trump has drawn new redlines—attacking U.S. personnel and embassy as an act for which there will be no impunity—Supreme Leader Ali Khamenei must recognize that he can no longer assume that he may one day not also be targeted given his role as commander-in-chief.

The greatest victim in the near term is Iraq and the U.S. presence there. Wittingly or not, Trump made two decisions. The first was to kill Soleimani. The second was to do so without subtlety. When the Iranians killed former Lebanese Prime Minister Rafic Hariri in 2005 in Beirut, they did so with a massive bomb for which there could have been multiple suspects, including Hezbollah. Likewise, when the Israelis targeted Imad Mughniyeh in Damascus in 2008, they also did so in a way that allowed them to maintain plausible deniability. Neither Iran nor Israel claimed credit for eliminating their opponents. By using an American drone and then tweeting out first an American flag and then a triumphalist statement, Trump has left no doubt as to responsibility for Soleimani’s death. In effect, he put the political need to claim credit on par with the strategic advantage of eliminating an enemy when in reality the former should subordinate itself to the latter.

That Soleimani was killed alongside the equally culpable Abu Mahdi al-Muhandis roils Iraqis. Many Iraqis increasingly resented both figures, especially after together they were responsible for the deaths of up to 1,000 protestors across Iraq since October 1, 2019. But Iraqis are nationalist and even pro-American Iraqis can not defend American military operations targeting an Iraqi military official in Muhandis’ case on Iraqi soil. As for Soleimani, many Iraqis will not shed tears—in Nasiriya, protestors mocked the Iranian general’s death by giving a funeral procession to a garbage can—but would have preferred any American action occur outside Iraq rather than treat Iraqi like a battlefield on which to play out the U.S-Iran rivalry.

As a result, few Iraqis are now going to be able to resist demands that Iran’s partisans are sure to raise that American forces leave the country. This does not mean American forces need to leave—most are outside populated areas and focused on training and counter-Islamic State operations—but Trump’s gut reaction appears to want to bring troops home and so he may simply conflate the protestors of the moment with more permanent Iraqi sentiment. U.S. forces in Iraq should not fight Iran—that is not their purpose—but their very presence allows Iraqi leaders to carve out independent space by playing the Iranians and Americans off each other. To withdrawal American forces simply cedes Iraq to Iran against the wishes of most Iraqis, even those who do not particularly care for the United States either. That this dynamic plays out against the backdrop of a political crisis and lame-duck government in Baghdad gives Iran the opportunity to exponentially increase its influence.

There is much handwringing in Washington that the death of Soleimani means war with Iran; it does not. If anything, Iran’s seizure of the U.S embassy in 1979 and its repeated attacks on American personnel—in contravention to its diplomatic agreement negotiated with the United States in Geneva in 2003—are the actions of a state conducting a one-sided war against the United States. Restraint does not always bring peace. In 1987, President Reagan ordered the reflagging of Kuwaiti tankers. Shortly after, the SS Bridgeton, a reflagged tanker, struck an Iranian mine. Mir-Hossein Mousavi, today considered a reformist leader, commented it was “an irreparable blow on America's political and military prestige.” Iranian blustered increased until, the following year, President Ronald Reagan ordered Operating Praying Mantis after the Samuel B. Roberts struck a mine. That skirmish escalated into one of the largest surface naval engagements since World War II and led to the decimation of the Iranian Navy and Air Force. Iranian leaders blustered then as now, but refrained from attacking the United States directly for years after until the generation of military officials who experienced that day slowly rose through the rank and retired. Since Operation Iraqi Freedom, the IRGC has pushed and prodded at America, seeking to determine where the line was drawn at which the United States would respond. On Friday, they found it.

Some analysts now question whether Soleimani’s death raises a standard for deterrence. Will every Iranian figure plotting the deaths of Americans be killed? Alternatively, some Afghans have asked why, if Trump can kill Soleimani for his actions against Americans, why the U.S. military cannot target Pakistani figures supporting the Taliban? It is a good question, but the desire for consistency misunderstands deterrence. Not only was killing Soleimani a long-time coming, but deterrence can mean not the certainty of U.S. action but just instilling in opponents’ minds the idea that there is a possibility they could suffer such consequences.

Soleimani and Muhandis were targets of opportunity, and Trump took the decision to strike at them. It would be foolish, however, to ignore there will be an aftermath and many second and third-order effects. It is imperative that the U.S. national security bureaucracy alongside Congress now work overtime on a nonpartisan, broad strategy to contain the negative and exploit the positive. Just as Bin Laden’s death wasn’t just the result of Obama but built upon policies and information derived under Bush, so too was there broad bipartisan work to counter Soleimani. U.S. security and defense against those seeking to kill Americans should be a bipartisan endeavor, and not just a topic for cable new polarity.

Michael Rubin is a resident scholar at the American Enterprise Institute, where he researches Arab politics, the Gulf Cooperation Council, Iran, Iraq, the Kurds, terrorism, and Turkey. He concurrently teaches classes on terrorism for the FBI and on security, politics, religion, and history for US and NATO military units.