A Quiet, Restrained Revolution is Brewing in Iran 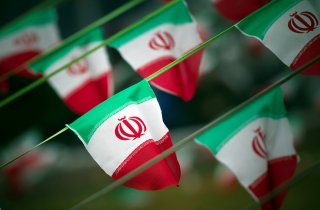 As America watched, George Floyd died. He gasped for air, called for his mother, and died. That same week, the coronavirus death toll passed 100,000, and the unemployment rate soared to new heights. But Floyd’s murder was the tipping point. There was anger, there was grief, and hope receded. People took to the streets. As David Brooks remarked, "This has been one of the worst weeks of our collective lives."

In no way can or should we minimize the horror of what is happening in America right now. But if we compare this worst week in the United States to daily life in Iran, we might begin to understand the pain and anxiety that prevails there and why the Iranian government has lost all its legitimacy. Iran has had many months of “worst weeks.” This has created a silent revolution in Iran, and change will soon arrive.

Anger and grief have permeated the Iranian streets for years. Hope receded long ago, and for good reason. Take last November: in two days, over 6,500 people were murdered on the streets of Iran by the authorities. Sixty-five-hundred George Floyds. Photographs of the massacre show the execution-style shooting of young protestors who marched for freedom and jobs. Among the dead was Pouyan Bakhteyari, a recently graduated electrical engineer, who was shot by authorities in Karaj on November 16. His handsome smile brought tears to millions of Iranians. No one knows the exact number of those killed in November, or during nationwide protests in 2018. The government never provides honest numbers.

More recently, members of the Islamic Revolutionary Guard shot down Ukraine International Airlines flight 752, outside Tehran, killing 167 people, mostly Iranians. So far, the regime has refused to provide black boxes or to compensate the victims' families.

And then there is the pandemic, which has brought more anger and hopelessness to Iran also because of the regime’s actions, or inaction. All evidence shows that the government learned about coronavirus in the middle of December, 2019. Still, state-owned Mohan Airlines kept flying to and from Wuhan, China, and other Chinese cities until February 15. At the same time, Iran’s leaders travels to an island in the middle of the Persian Gulf closed to all traffic, for their own safety. The government downplays death figures from the pandemic, believed to be in the tens of thousands, and places security forces in hospitals to control information. This past February, the regime called on Iranians to go out and vote in parliamentary elections without a word of caution about the spreading virus in their midst. Thousands of Iranians now lie in unmarked graves, their families turned angry and grief stricken, again.

All of these incidents have pushed the country to a boiling point, and to economic collapse. The unemployment rate before the pandemic was much higher than the official figure of 15 percent. Now, that number is greater still. And the government stands on the sidelines, ill-equipped or unwilling, or both, to protect its citizens and save the sick. On top of that, in many places, poverty and hunger are endemic. Hope is gone.

Against this horrifying background, a new generation of young Iranians is struggling to build lives for themselves. They do not—and cannot —trust the government. Once, migration to the West was possible. With this opportunity no longer available, young Iranians are now focused on improving the nation on their own. The government stands in the way. It is time for the shackles to be lifted. Outrage is taking place across the country, and Iran is a profound and permanent shift in the nation’s consciousness. Although it is a clandestine journey, social symbols and new collective narratives are emerging. A movement toward a new Iran is taking shape. The shape is still not fully visible, but the momentum is unwavering.

In personal meetings and the cloud, Iranians are preparing for change and working to minimize risks while maximizing upside gains. A community of purpose is emerging from the sickly shadow of the current government, which has firmly seated itself on the side of poverty, disease, oppression, and death. In contrast, brave young people are offering the humanity of shared vulnerability, the humility that comes with a realization of the task before them, and the fierce solidarity that occurs during a struggle against an enemy. Soon, Iran will change.

Kamal Azari is a Board Member of the Iran Transition Council, a new alliance of Iranians of different ethnic and religious backgrounds launched in September 2019 as an alternative voice to the government in Iran.