The Reverberations of Pompeo’s Iraq Threat Are Growing 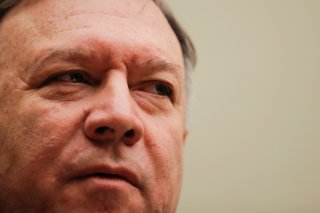 BAGHDAD—Secretary of State Mike Pompeo’s threat to close the U.S. Embassy almost a month ago in anger at continued militia attacks on Americans and American diplomatic property shocked the Iraqi establishment. Neither President Barham Salih nor Prime Minister Mustafa Kadhimi support the militias. Nor does Grand Ayatollah Ali al-Sistani and much of the Iraqi religious establishment. Iraqis are also frustrated by the repeated mortar and missile attacks both because they often strike Iraqis instead and also because they undercut the foreign investment many Iraqis need and want.

Barham and Kadhimi understand that unraveling the grip of Iranian-backed forces is complicated, requires a nuanced strategy, and time. They thought the U.S. Embassy and State Department did too. Not all militias are under Iranian command, control, or influence. Most Iraqis—including those in the security services—say that if the Iraqi military confronts Kata’ib Hezbollah now, at best the government would collapse and at worst civil war would erupt. Nor is it clear that if Kadhimi gave the order to attack all known Kata’ib Hezbollah cells if the security forces would follow the orders.

As one Iraqi security specialist put it, the Counter-Terrorism Service effectively counters Sunni terrorists not because they are sectarian but rather because Sunni terrorists like Al Qaeda and the Islamic State operate as traditional terrorists, with suicide bombing and hit-and-run attacks. Shi’ite terrorists wear suits and operate inside government offices. Weeding them out from the interior ministry and other government bureaucracies became the domain of the intelligence services which Kadhimi used to run. While Iraqis give Kadhimi mixed assessments on his effectiveness at the intelligence services, they generally credit him for professionalizing them and doing a competent job under adverse circumstances. His time at the intelligence services coincided with Pompeo’s tenure at the Central Intelligence Agency and, in that capacity, the two developed a good working relationship. Most American officials considered Kadhimi’s selection as prime minister coupled with Barham’s presidency as an unprecedented opportunity to solidify Iraq’s sovereignty against Iranian encroachment.

Certainly, there is a reason for Pompeo’s frustration. Iran and its proxies have historically attacked the very foundation of modern diplomacy. Iranian forces and their proxies have attacked American embassies and consulates not only in Tehran, but also in Beirut, Kuwait, Basra, and Baghdad. They have repeatedly targeted and tracked American diplomats. Those who say Washington should ignore Tehran forget the impossibility of diplomacy when those across the table are less interested in talking than in murdering those who would talk.

But Kadhimi’s frustration is also valid. When he arrested fourteen Kata’ib Hezbollah operatives last June in response to rocket attacks on Iraqi and American facilities, the militia marched on his residence and got to within perhaps 450 feet. Neither the embassy nor Kadhimi’s friends in Washington lifted a finger in that time of crisis. Tehran exacted further revenge when, in July, masked gunmen ambushed prominent national security analyst Hisham al-Hashimi, a friend of Kadhimi, and murdered him in front of his young son.

If the Trump administration were serious about helping Iraq fight malign groups, Iraqis say, then it should not have transformed Iraq into a battlefield but rather target the militia’s sponsors outside Iraqi territory, including in Iran.

The problems with the embassy closure are not only that withdrawing the embassy fulfills the aims of Iran and the militias, has never worked when tried before, that the threat itself weakens Kadhimi at a critical time, or the Lebanon analogy which seemingly guides State Department thinking is inaccurate. Partisan rhetoric to the contrary, what America does and what Pompeo says still matters. Pompeo’s threat, bluff or not, has reverberated across Baghdad. European embassies are preparing to depart Baghdad, as are the Emiratis, Jordanians, and Saudis. Fifteen years of U.S. diplomatic investment to return Iraq back to diplomatic normality and reintegrate it into the Arab world is already crumbling. The United Nations Assistance Mission in Iraq would also likely leave Baghdad if the embassy closes. One Iraqi official likened the cascade of looming embassy closures as reminiscent to what occurred in 1990, after Iraq’s invasion of Kuwait and before Operation Desert Storm forced Saddam’s retreat. That episode condemned Iraq to more than a decade of misery and the collapse of its social fabric. How tragic that an ill-thought-out tactic will condemn Iraq to the same while empowering the very forces Pompeo urges Kadhimi to counter.

Michael Rubin is a resident scholar at the American Enterprise Institute. This piece was originally featured in August 2019 and is being republished due to reader’s interest.