Saudi and Iranian Officials Meet for Peace Talks in Baghdad 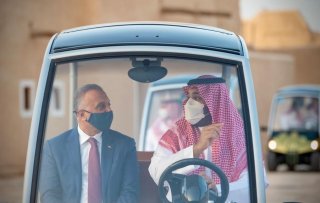 On Friday, the first officials from Saudi Arabia and Iran began arriving in Baghdad, the capital of Iraq, in advance of a summit between the two nations intended to promote a wider understanding across the region.

Iraq is a significant destination for a peace summit: following the 2003 U.S.-led invasion that deposed Saddam Hussein, the country became a battleground for regional rivalries, with Iran-backed political parties and militias exerting significant influence over Iraq’s politics. The nation has charted a largely independent course under the leadership of Prime Minister Mustafa al-Kadhimi, who volunteered Baghdad as a site for neutral mediation.

The talks are happening concurrently with negotiations to renew the Joint Comprehensive Plan of Action (JCPOA) nuclear agreement in Vienna, which the U.S. withdrew from in 2018 and Iran has largely stopped complying with in response to additional sanctions. While the outline of the agreement is known—sanctions relief in exchange for a renewed commitment not to enrich weapons-grade uranium—talks have made slow progress as both sides have asked the other to make the first concession. Biden has stated that a future JCPOA should have diplomatic input from regional nations, including Saudi Arabia and the United Arab Emirates, who would be directly threatened by Iranian nuclear weapons.

Ebrahim Raisi, Iran’s newly elected president, was also invited to the meeting, but it is unclear if he will attend. The attendance of King Abdullah of Jordan and President Abdel Fattah el-Sisi of Egypt has been confirmed, as well that of as French president Emmanuel Macron, the only European leader who will be present.

Topics of discussion for the wide-ranging meeting will include the war in Yemen, the political and financial collapse of Lebanon, the civil war in Syria, and the region’s ongoing water crisis, which has had particularly acute effects in Iran. The main topic, however, will probably be the ongoing tensions between Riyadh and Tehran, as the two nations have engaged in steadily escalating proxy conflicts since 2016 when they severed relations. In 2019, a drone attack briefly shut down Saudi Aramco’s ability to pump oil—an attack that Saudi Arabia accused Iran of perpetrating. Iran has denied these accusations.

The meeting is taking place in the shadow of the U.S. drawdown in the region under President Joe Biden, who has castigated America’s traditional regional allies, including Saudi Arabia, and indicated that American troops should return home. The most prominent consequences of this policy so far have been the U.S. withdrawal from Afghanistan, and the ensuing collapse of the Afghan government to the Taliban, with uncertain consequences across the Middle East.