Saudi Arabia’s War in Yemen Is About Oil 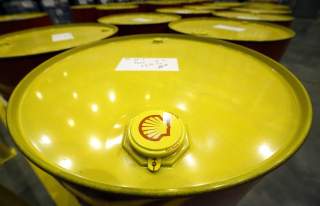 Saudi Arabia’s war in Yemen has been driven by concerns for oil supply and delivery. Regional tensions with Iran have made the Strait of Hormuz an unreliable route for 30 percent of the world’s oil supply and alternatives ports of transshipment and pipelines have emerged as a vital component of the monarchy’s future economic stability. The irony of Saudi Arabia’s military campaign in Yemen is that, rather than promote oil security, it has spawned a tenacious opponent in the Houthi movement. As September’s drone strike on Saudi oil fields is testament, Houthi tribal militias are capable of striking into Saudi territory and disrupting global oil supply, costing the monarchy billions of dollars in damage and lost revenue. While the government and media continue to point fingers and conjecture as to the ultimate culprit, the real question that remains is why the Saudi oil ministry was unprepared and surprised by such a brazen attack. Since 2009, Houthi tribesmen have constituted a threat along Saudi Arabia’s southern border, infiltrating with ground across a porous desert region and penetrating Saudi airspace with Scud missiles and pilotless drones. The attack on the Abqaiq oil facilities was not the first and certainly will not be the last demonstration of Saudi Arabia’s vulnerability.

Shortly after the drone attack, Russian President Vladimir Putin quipped that Saudi Arabia should have purchased an advanced Russian air defense system. Putin’s humor was not misplaced, especially considering the billions of dollars that Saudi Arabia has spent on Raytheon’s Patriot missile defense system, an amount that has only increased in the weeks since the attack. While Russia’s S-300 and S-400 systems remain untested in the battlefield, there is no guarantee that either air defense could have intercepted a drone.

In reacting to the most recent attack on Saudi territory by the Houthi movement, it is helpful to look not only at the past decade of conflict along the border between Yemen and Saudi Arabia, but at the last time that the Saudi monarchy was threatened by air and ground infiltrations from across the border in Yemen. During the 1960s, Egypt stationed one-third of its air force in Yemen in active support of a Yemeni republic founded in 1962. The ensuing civil war between the country’s northern tribesmen and republican leaders dragged Saudi Arabia into the conflict as the tribal coalition sought refuge across Yemen’s northern border. Egypt’s fighter jets and bombers pursued tribesmen into Saudi territory, strafing marketplaces along the border and bombing supply depots.

Saudi Arabia appealed to President John F. Kennedy for direct military assistance, fearing that an Egyptian attack would threaten the monarchy and the country’s oil supply. Reticent to commit U.S. forces to another regional war, Kennedy agreed only to station only a single squadron of fighters in Saudi Arabia’s Dhahran Airbase in what was termed Operation Hard Surface. Privately, Kennedy forbade the pilots from engaging Egyptian planes, fearing becoming embroiled in an intractable border conflict. The mere presence and potential threat of force, even if unlikely, was sufficient to deter a broader Saudi-Egyptian conflict.

The deterrence offered by Kennedy’s squadron has since been replaced by naval patrols, while Dhahran, located in the Eastern Province, has been renamed King Abdulaziz Airbase, and now serves as a major hub for the Saudi Royal Air Force. Deterrence itself, however, remains an important and appropriate response to mitigating regional conflicts and avoiding a major escalation in violence. Kennedy’s 1963 air mission to Dharan was accompanied by a UN Observer Mission that monitored Saudi airspace and investigated any reported Egyptian raids across the border. The UN can play a role similar to regional peacekeeper and monitor by placating Saudi concerns as part of a broader effort to decrease the level of violence on both sides of the Saudi-Yemeni border. The ultimate security of the targeted oil facilities remains Saudi Arabia’s responsibility, a fact that will undoubtedly lead to extravagant, if at times excessive, weapons purchases by the monarchy.

The question of maintaining uninterrupted and secure oil facilities and delivery systems will become even more important as Saudi Arabia continues the construction of a pipeline through al-Mahra, Yemen’s easternmost province. The construction of this pipeline and the port of Nishtoon on Yemen’s southern coast is the culmination of two decades of Saudi negotiations and diplomatic efforts. Former Yemeni president Ali Abdullah Saleh had refused to grant Saudi Arabia sovereignty over the required territorial corridor to construct and monitor this pipeline. Tensions with Iran and uncertainty surrounding the reliability of Hormuz as a passageway for Saudi oil supply have placed added pressure on the Saudi monarchy to seek delivery alternatives.

The outbreak of a civil war in Yemen in 2014 presented the Saudis with a unique opportunity to support and cultivate a new Yemeni administration that would ultimately agree to lease the land necessary to construct this pipeline. While the civil war did not proceed as initially planned, Yemeni President Mansur Hadi remains in Riyadh and owes his political survival to his host country, meaning he would be in no place to deter plans for a Saudi pipeline and port. Saudi Ambassador to Yemen, Muhammad al-Jabar, visited al-Mahra province in June 2018 in his capacity as the general supervisor of the Saudi reconstruction program in Yemen, following feasibility studies conducted by the Saudi Aramco company. Although it is a relatively sparsely populated region, al-Mahra still constitutes a potential threat to Saudi Arabia’s planned oil pipeline.

September’s attack on Abqaiq’s oil production facilities was a wakeup call to the Saudi oil ministry. The perpetrator of the attack, whether the Houthis or Iran, is irrelevant. Saudi Arabia entered this conflict in Yemen in pursuit of an alternative to the Strait of Hormuz and unintentionally created a new security threat to oil facilities. If the al-Mahra oil pipeline is to become a reality, Saudi security forces will inherit hundreds of miles of potential drone targets running through potentially hostile foreign territory. Rent payments, in the form of bribes to local tribal leaders, will be costly, as will the logistics of monitoring the airspace surrounding the pipeline. The ultimate responsibility for securing this pipeline and other oil facilities remains with the Saudi monarchy, while the United States and the United Nations can and should be providing only sufficient deterrence and monitoring to prevent a broader regional conflict.