Is the Shanghai Cooperation Organization a Lifeline for Iran? 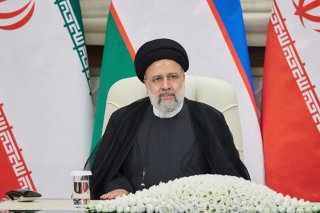 With the Shanghai Cooperation Organization’s (SCO) 2022 summit in Samarkand drawn to a close, Iran has signed a Memorandum of Obligations to become a permanent member state of the alliance. Tehran, an observer state of the SCO since 2005, is expected to receive membership status by April 2023. The news comes as Iran navigates heightened tensions across the Middle East, an impasse in the renegotiation of its nuclear deal, and mounting unrest unprecedented in recent years.

The SCO is a regional economic, political, and security alliance that evolved from the Shanghai Five in 2001. China and Russia act as the impetus of the group’s initiatives and are at the center of the organization’s power structure. The SCO also includes Kazakhstan, Tajikistan, Kyrgyzstan, Uzbekistan, and since 2017, India and Pakistan. In the context of collective security, the organization is committed to suppressing the threat of the Three Evils, a term that defines a shared interest in combatting terrorism, religious extremism, and separatism. As such, member states often participate in joint military drills and collaborate closely from a security standpoint. Politically, the SCO unites China, Russia, and their regional allies with a common goal of promoting a multipolar world and opposing Western intervention in their domestic affairs. Under the guise of multipolarity, this effort is a coordinated resistance to U.S.-led political influence in the region, which has more recently become an urgent goal for China and Russia. While Russia remains the primary advocate of security and political collaboration within the organization, China is the main economic driver and is determined to advance its intercontinental economic influence vis-à-vis the Belt and Road Initiative.

Despite Iran’s repeated bids to join the alliance since 2005, the SCO had delayed its accession due to a rule in its charter that forbids the membership of countries under United Nations (UN) sanctions. In early 2016, Iran’s UN sanctions were officially lifted, and its barriers to entry into the SCO dissolved. Still, former President Hassan Rouhani’s balanced foreign policy and the potential for economic and diplomatic rapprochement with the United States and the European Union likely prolonged Iran’s accession. However, since the U.S. withdrawal from the Joint Comprehensive Plan of Action (JCPOA) in 2018, Iran’s economy has all but flatlined, and its relationship with the West has deteriorated drastically. In August, Iran’s year-over-year inflation peaked at 52.3 percent, showing little promise of cooling down. Over the past few months, the Biden administration has rejuvenated efforts to negotiate a return to the nuclear deal, to which Russia and China are also signatories. However, the talks have stalled after several months of contemplating significant points of disagreement between Iran and the United States. But Tehran is now looking for closer strategic ties with Russia and China to navigate its financial challenges and the threats posed to its Middle Eastern sphere of influence by the United States and the Gulf Arab-Israeli coalition against Iran.

Since the onset of Ebrahim Raisi’s presidency, the new foundation of the Islamic Republic’s foreign policy has been to reinforce an Eastern-oriented outlook to replace the JCPOA as the saving grace of the Iranian government’s commercial and diplomatic prospects. Tehran has been pursuing substantial participation in Eurasian blocs and non-Western economic groups such as BRICS to decrease the pressure of secondary and sectoral sanctions and prove that it can access alternative markets across Asia and Africa. Raisi is effectively hedging his bets. While returning to the JCPOA would undoubtedly alleviate the country’s financial pressures, the ultimate objective remains to secure long-term guarantees by looking eastward for increased security and economic cooperation through Russia- and China-oriented groupings.

To that end, Raisi looks to the SCO as a means of further bypassing U.S. sanctions and what he calls “American unilateralism.” Iran has already pursued closer financial ties with both Russia and China on an individual basis. But U.S. sanctions have effectively hindered Iran’s potential trade with its Eastern allies, obstructing the implementation of Iran’s twenty-five-year cooperation agreement with China and limiting the sale of Iran’s oil in Asian markets. Foreign trade, even on a bilateral basis, is often a multilateral undertaking that entails the actionable input of third parties due to flow of goods within the rules-based global trading system. Thus, the SCO may grant Iran the opportunity to fabricate a collective structure through which member states mutually agree to circumvent U.S. sanctions and preserve their commercial activity with Iran.

Iran has also been compelled to adopt avant-garde financial practices in its effort to deviate from the U.S. dollar for bilateral transactions, completing its first import order using cryptocurrency to circumvent sanctions earlier in August. The SCO may present a viable solution to Iran as its member states have a common interest in trending away from the dollar-dominated global financial system. Russia’s imports to China increased by approximately 50 percent since last year, and both countries have shifted towards “dedollarizing” their transaction activity since the onset of the U.S.-China trade war. Cambodia, Laos, Myanmar, and Thailand have also expressed interest in reducing dollar usage in cross-border payments. The trend of de-dollarization has been exacerbated since the Ukraine war. Amid rising scrutiny from the West, Russia’s Gazprom and China recently agreed to make payments for gas sales in rubles and yuan rather than euros or U.S. dollars. The trend away from the dollar culminated in a joint declaration at the SCO’s latest summit indicating that certain member states had agreed to a “roadmap for the gradual increase in the share of national currencies in mutual settlements,” which aligns with Iran’s current strategic interests as it further isolates from the Western world.

The SCO can also present itself as a viable channel for expanding Iran’s existing foreign relations with Russia and its Central Asian allies. Since the onset of the Russo-Ukrainian War, Moscow has found itself in an increasingly similar economic situation to Iran. Growing security and economic cooperation between Tehran and Moscow, especially amid Russia’s tattered relationship with Europe, is incredibly motivating for Raisi. During the Samarkand summit, Russian president Vladimir Putin announced that the trade volume between Iran and Russia had grown 81 percent since last year, adding that Russia would send eighty representatives on a business mission to Iran in the coming week. According to U.S. intelligence, Iran, which has often sought Russian-made weapons in the past, has allegedly become a key supplier of combat drones against Ukraine. This example may indicate a turning point in Iran’s relationship with Russia, and further involvement through the SCO can uncover similar ostensibly reciprocal opportunities for both countries.

Through the SCO, Tehran can also capitalize on its religious and linguistic affinity with Central Asia to rekindle amicable relations with Turkmenistan, Uzbekistan, and Tajikistan. To this end, Iran can fulfill its Eastern-oriented foreign policy while maintaining a healthy balance in its international relations with Russia and China. Paired with the prospects of port access via the Caspian Sea and the Persian Gulf, Iran’s cultural ties to landlocked Central Asian countries can bolster Iran’s geoeconomic significance and revitalize its foreign trade.

Iran could discover, however, that the SCO is not the economic lifeline it expects. The organization is an extension of China and Russia’s influence and primarily serves to secure their territorial integrity and safeguard their regional interests. The alliance encompasses a collection of countries with distinct political agendas, and Iran’s foreign policy interests may not necessarily align with those of other members. Amid the Samarkand summit, SCO members and dialogue partners were divided over various ongoing conflicts, including the Russo-Ukrainian war, renewed fighting between Armenia and Azerbaijan, and border clashes along the Kyrgyz-Tajik border. As such, Tehran may not find the regional unity it seeks in the SCO and could face headwinds in its effort to usher members to its cause.

Iran may also find that closer association with Russia and China via the SCO will not deter its Eastern allies from maintaining amicable political and commercial ties with its political rivals. Despite their growing support of Iran, Beijing and Moscow also share close foreign relations with Saudi Arabia and Israel, the former of which was recently granted dialogue partner status to the SCO. Iran may also find scrutiny among existing member states skeptical of the Islamic Republic’s involvement in the organization. According to the Central Asia Barometer Survey, about 25 percent of respondents across Kazakhstan, Uzbekistan, and Kyrgyzstan indicated an ambivalent public sentiment towards Iran. At the same time, the number of those holding an unfavorable outlook towards the country has steadily grown since 2017.

Lastly, Iran will not assuage the direct pressure of sanctions and its fallible economy by merely joining such multilateral organizations. Instead, it should pursue more tangible solutions that directly address its foremost economic challenges. Iran actively trades with all members of the SCO. It may accomplish more productive results by revamping its bilateral relations with these regional players rather than joining China- and Russia-led blocs where discussions on political development and economic cooperation can become overgeneralized. Currently faced with myriad regional and domestic challenges, Tehran will need to assess these implications intently and identify the practical benefits of full membership in the SCO and whether Iran can truly fulfill a prominent role in the organization.