The Taliban Don’t Want Another 9/11 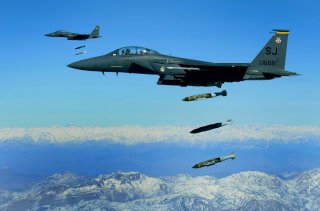 In his short story “On The City Wall,” Rudyard Kipling describes a “consistent man”: an elderly Indian warrior who had fought against British rule in war after war and rebellion after rebellion.

The Afghan Taliban are also consistent men. They are sometimes capable of pragmatism but nothing has ever changed, and nothing seems likely to change, their fundamental religious ideology. At best, Western aid can soften some of the harder edges by a little. So far, we have not achieved even that.

For the Taliban, ideology is deeply rooted in the ancient culture of the southern Pashtun rural areas from which the Taliban are overwhelmingly drawn. The Taliban’s latest victory, and the complete collapse of the opposing Afghan forces and ideologies, have naturally only strengthened them in their convictions. This culture is made up of closely interwoven strands of Islam and Pashtunwali, the ethnic code of traditional Pashtun society.

When on the eve of the U.S. invasion of Afghanistan in 2001, the Taliban leader Mullah Omar explained to his followers why the Taliban would not surrender Al Qaeda leaders to America, and would rather fight however overwhelming the odds against them, it was to a mixture of these two traditions that he appealed. Melmastia, the duty of hospitality, is a central principle of the Pashtunwali, as providing refuge to fellow Muslims suffering for the Faith is a core principle of Islam.

Taliban shelter to Al Qaeda leader Ayman al-Zawahiri, killed recently by a U.S. drone, has naturally put an end, for a considerable time to come, to any hope of an improvement in relations and any significant degree of U.S. aid. Zawahiri’s role in planning 9/11 and other past terrorist attacks makes that inevitable.

However, we should not assume from the Taliban’s hospitality to Zawahiri and other Al Qaeda figures that they are supporting terrorist attacks based in Afghanistan. Analysts and commentators in Washington tend to see shelter and encouragement of terrorism as identical, but they are separate, and the Doha agreement between the United States and the Taliban leaves this issue ambiguous. For the cultural and ideological reasons that I have described, it was never likely that the Taliban would expel Al Qaeda while in power since handing them over to America is inconceivable. On the other hand, everyone close to the Taliban with whom I have spoken has said that the bitter memory of 9/11 and its consequences make actual support for terrorism against the West highly unlikely.

Even more importantly, all of Afghanistan’s neighbors agree that whatever else happens, Afghanistan should not again become a base for international jihad and terrorism—something that threatens them all. Their fears in this regard are now focused on the Islamic State-Khorasan (ISIS-K), the Afghan franchise of the original ISIS.

It has been many years since the old core Al Qaeda of the pre-9/11 era played an important role in planning and executing terrorist attacks. ISIS-K is by far the greater threat. In Afghanistan, ISIS-K is waging war against the Taliban, accompanied by terrorist attacks against them and Afghanistan’s Shia minority. ISIS-K’s threat to the Shia helps explain why despite Iran’s old hostility to the Taliban, Tehran today regards them as the lesser evil. So too do China and Russia. Pakistan, of course, is an old sponsor of the Taliban and also needs their help against the threat of ISIS-K, which is closely linked to Islamist rebels within Pakistan.

America’s ability to influence the Taliban is extremely limited and the dire state of relations between the United States, on the one hand, and Russia, China, and Iran on the other also make it impossible to coordinate Afghan policies even though their interests and those of the United States are in fact largely congruent.

In these circumstances, the United States’ approach to Afghanistan should be based on the principle of “first, do no harm.” U.S. aid to Afghanistan should obviously be limited only to basic food and other assistance to prevent famine and a humanitarian catastrophe. Washington should also do nothing to limit humanitarian aid from other countries. America has no interest in causing a collapse of the Taliban regime and a new civil war from which ISIS-K might emerge as the chief beneficiary. Barring some new and unforeseen development, the best U.S. policy would seem to be one of keeping a watchful distance.

Dr. Anatol Lieven is Director of the Eurasia Program at the Quincy Institute for Responsible Statecraft and author among other books of Pakistan: A Hard Country.