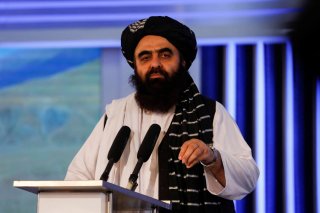 The U.S. government announced on Monday that it had conducted a prisoner exchange with the Taliban-led government of Afghanistan, freeing an American civil engineer and U.S. Navy veteran from the country in exchange for the return of a Taliban-affiliated Afghan citizen imprisoned in the United States on drug trafficking charges.

President Joe Biden claimed in a statement on Monday that the exchange had freed Mark Frerichs, who was abducted by the Taliban in 2020 and imprisoned throughout its subsequent takeover of the country. In exchange for Frerichs’ release, Bashir Noorzai, an Afghan drug lord sometimes nicknamed the “Pablo Escobar of the Middle East,” was freed from prison in the United States and deported.

Biden acknowledged that the prisoner exchange had “required difficult decisions,” which he emphasized he “did not take lightly,” but he insisted that the government’s priority was to “make sure Mark receives a healthy and safe return and is given the space and time he needs to transition back into society.”

Prior to his arrest, Noorzai had been a tribal leader in Afghanistan’s southern Kandahar province, where he was heavily involved in the extraction of opium from the region’s poppy fields and its subsequent refinement into heroin. U.S. prosecutors alleged during his trial that he had funded the Taliban during its insurgency against the United States in exchange for the group’s permission to continue his drug business in spite of an official ban. Noorzai was arrested after traveling to the United States in 2005 and convicted in 2008; his lawyers have maintained that he was lured onto U.S. territory with a promise that he would not be arrested.

The U.S. government claimed that the exchange had been the result of lengthy negotiations, suggesting that communications channels between the United States and the Taliban remained open despite the United States’ official non-recognition of the group’s government.

In his remarks, Biden also drew attention to the issue of other U.S. citizens imprisoned abroad in other nations, including Venezuela, Haiti, Myanmar (Burma), and Russia, where WNBA player Brittney Griner has been imprisoned since February after inadvertently bringing a small amount of cannabis oil into the country. On Saturday, Biden met with Griner’s wife at the White House, emphasizing that he remained committed to her release. The president also met with Elizabeth Whelan, the sister of Paul Whelan, a former U.S. Marine imprisoned in Russia on espionage charges.

In recent weeks, U.S. negotiators have revealed plans to exchange the two Americans for Viktor Bout, a Russian national imprisoned in the United States on arms trafficking charges, although Russian negotiators have reportedly been unresponsive to the proposal.