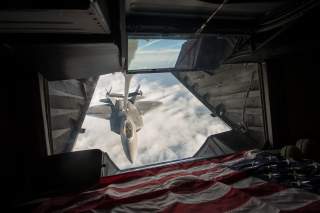 Turkish President Recep Tayyip Erdogan is threatening to unilaterally establish a “safe zone” inside Syria: “there is no other choice but to act on our own,” he declared. In response, U.S. officials are contemplating withdrawing the 1,000 or so America military personnel stationed alongside Kurdish fighters in the area. “It’s a perfect storm; it’s really ugly,” complained an unnamed official to the Wall Street Journal. In fact, U.S. forces should have been withdrawn long ago.

Although Washington denounces any suggestion that spheres of interest claimed by China or Russia should be respected, U.S. officials routinely insist on such zones for America. But not just in Central or Latin America. Most members of Washington’s foreign-policy community believe that the entire world is America’s sphere of interest.

How else to explain U.S. intervention in multiple civil wars in the Middle East? In 1982 President Ronald Reagan sent Marines, backed by naval forces, to Lebanon, in which many warring groups were battling for control. Americans became just another combatant as the USS New Jersey bombarded Shia and Druze positions. Lebanese fighters, lacking a navy or air force, retaliated with unorthodox (“terrorist”) tactics. After the attacks on the U.S. embassy and Marine Corps barracks Reagan acknowledged that he had blundered taking sides in the bitter conflict. He took the only sensible step and withdrew American personnel.

After ousting Afghanistan’s Taliban from power in retaliation for hosting the terrorist group Al Qaeda, President George W. Bush transformed America’s mission into nation-building. After three administrations and more than eighteen years the civil war has yet to be won. And virtually no one believes that it can be won, at least not at a reasonable cost, though most officials refuse to admit the truth to the public. American military personnel continue to die to spare successive presidents the embarrassment of acknowledging failure on their watch.

The Libyan civil war was followed by chaos: conflict among multiple factions, the rise of the Islamic State, and another full-scale civil war, which was fueled by America’s Gulf State allies. Even worse is Washington’s support for Saudi Arabia and United Arab Emirates in an aggressive war undertaken to restore a pliant ruler to power in Yemen. The Gulf “coalition” has created mass humanitarian horror, reduced pressure on Al Qaeda in the Arabian Peninsula, forced the long independent Houthis to rely on Iran for assistance, showcased the Saudis’ extraordinary military ineffectiveness, and underwritten separatists fighting to break up the country. Washington did all this to reassure the regime in Riyadh, which is fundamentally hostile to American values and interests.

This is an extraordinary record of failure. Seemingly serious policymakers were wrong to believe U.S. intervention would enhance U.S. security; they were especially wrong to believe that victory was achievable. Most extraordinary was how officials seemed incapable of learning from any experience before them.

Then there is the war in Syria. Washington had much to dislike about the secular family dictatorship that warred against Israel and allied with Moscow. However, Damascus never threatened America and of late refused even to confront Israel. Moreover, the Assad family, minority Alawites, ran a secular regime that acted as a barrier to radical Sunnis who were responsible for most terrorist attacks against the United States, as well as other Western nations and Arab allies. The regime was repressive, but so are virtually all of America’s Mideast partners. And the United States recently suffered through the debacle in Iraq, which made a bad situation far worse.

Yet as Syria slid toward civil war in the aftermath of the Arab Spring in 2011, the U.S. discouraged negotiation by embracing regime change, which meant there was nothing for either party to discuss. Moreover, Syrians with whom I spoke when I visited the country last year complained that the supposedly democratic opposition was anything but, with demonstrators chanting “Christians to Beirut, Alawites to the grave.” Another Syrian told me that all disagreements with Assad disappeared when the war erupted, since he was all that stood between them and chaos and death. Yet the United States paid no attention to the likely aftermath of its support for the insurgency. A Christian working for an aid organization in Syria tearfully told me in 2015: “you [Americans] have no idea what you are doing.”

Washington’s involvement in that tortured land was almost farcical, bizarrely complicated and contradictory. Spending prodigiously to vet and train a handful of insurgents. Aiding the largely nonexistent and ineffective “moderates” who commonly defected, along with their U.S.-supplied equipment, to more radical factions. Attempting to simultaneously defeat ISIS and oust the Assad government, the strongest anti-ISIS force. Hoping to force out Iran and Russia, Syrian allies invited in by Damascus. Using the Kurds to defeat the Islamic State while attempting to prevent Turkey, which long aided ISIS, from attacking the Kurds.

With the Assad government’s victory in most of the country Washington has tempered its ambitions. Now the U.S. occupies two areas which make up roughly one-third of Syria’s territory. In theory the presence of a thousand or so Americans is supposed to scare Assad into submission, defeat the remnants of ISIS, force Russia to drop its support, make the Kurds cordon off Syria from Iranian incursion, and protect them from Ankara. Nothing in this laundry list of possibilities has been authorized by Congress, promotes serious U.S. interests, or has the slightest possibility of success.

Syrian president Bashar al-Assad survived more than eight years of civil war. Before Russia committed to assisting him the war, many analysts expected him to fall. Indeed, until early last year insurgents controlled some Damascus suburbs and were able to lob artillery and mortar shells into the capital. Today those areas are an expanse of wrecked buildings and rubble but are clear of insurgents. It is similar in Homs, Aleppo, and other sites of ferocious fighting. Assad’s control might be tenuous in places, but he is in control.

That means Syria is unlikely to concede anything to Washington. In late September Foreign Minister Walid al-Moallem told the General Assembly that the United States and Turkey should withdraw their “illegal military presence in northern Syria” or face “any and all countermeasures authorized under international law.” Damascus can’t force America to leave but can prevent any U.S. advance.

Shortly before Moallem’s speech I interviewed Syria’s UN Ambassador Bashar al-Jaafari, who observed that “We were thinking when Mr. Trump was elected that he might change the negative U.S. policy toward us.” However, the president did not, on which Jaafari blamed the deep state, lobbies, focus on Iran, and other factors. The ambassador then sharply criticized America for continuing to “interfere in our domestic affairs and violate our sovereignty.” Absent a plan of conquest, Washington has no way to force Assad to leave office, democratize, or kick his allies Tehran and Moscow to the curb. As for denying reconstruction funds to the regime, the Syrian people are more likely to blame Washington than Damascus.

The Islamic State lives on but is a shadow of its former self. The U.S. presence is not necessary to prevent the organization’s revival. ISIS is opposed by every government and most every movement in the Mideast. The United States helped break the radical group at its height. Today Syria, Jordan, Turkey, Iran, Iraq, and the Gulf States, all of which have been threatened by the organization, can deal with the much-reduced danger today. Instead of infantilizing Arab nations, the United States should expect them to take on adult responsibilities. Also, there is concern in Washington about the rise of Al Qaeda affiliate Hurras al-Din, which is operating in the opposition-controlled Idlib area. Yet the group’s existence reflects the fact that the region remains beyond government control, precisely as desired by the United States.

Similarly, a thousand Americans scattered about Syria have no means of pressuring Russia to abandon its naval and air facilities. And Moscow’s departure wouldn’t much matter, since only Idlib and environs remain under opposition control. At this stage Russian support is useful but not essential for Assad’s survival. Given American support for Ukraine against Russia, the Putin government is unlikely to give Washington any favors.

Nor is Iran likely to go along with the Trump administration’s agenda. After all, Tehran has been invited in by the Assad government, unlike America’s forces, which are in Syria illegally. Anyone looking at a map can tell that Iran has far greater reason than the United States to be concerned about who rules Syria. And given the current state American relations with Tehran, the latter is more determined than before to pressure the United States.

Nor are the Kurds an effective instrument against Iran. They had reason to fight ISIS, which threatened them along with everyone else in Syria. They have no similar incentive to try to prevent Iranian support for Assad. Indeed, the Kurds and Assad regime reached a modus vivendi early in the conflict: they left each other alone and focused on the common enemy. Since then they have negotiated over a formal rapprochement. With Turkey threatening to invade, as it previously did around the city of Afrin, the Kurds have little choice but to focus on that far more dangerous foe.